Why Are Democratic Senators Enabling One Of Trump’s Worst Decisions? 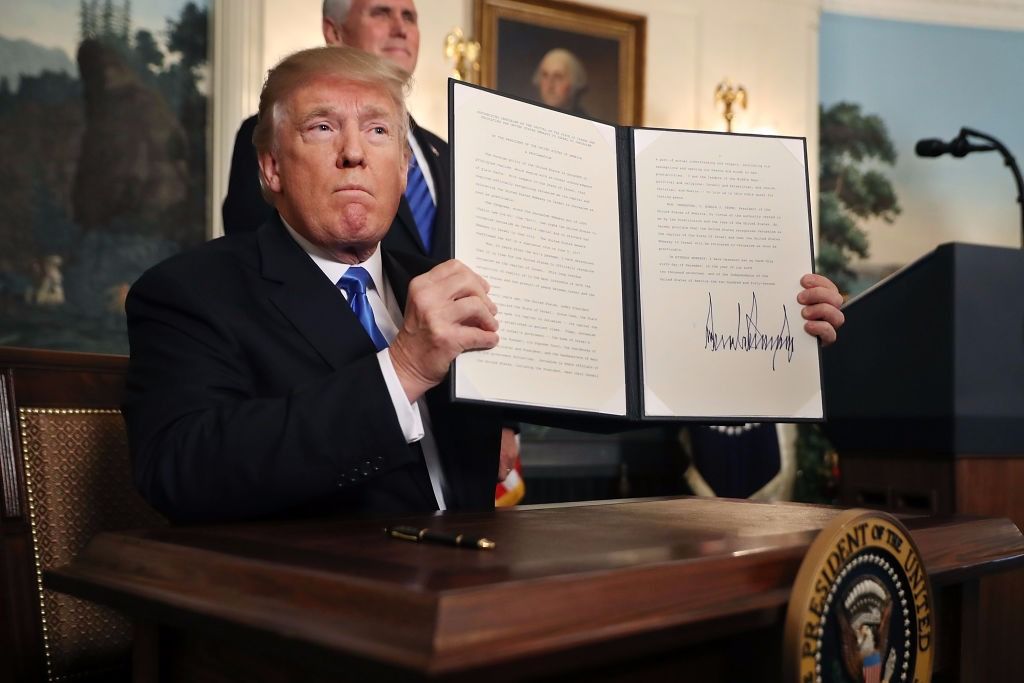 President Trump’s announcement stating that Jerusalem is the capital of Israel and directing the State Department to begin moving the embassy sparked anger and protests across the world.

One would think that Democrats would be be jumping at the chance to hammer Trump for his reckless plans that violate international law and needlessly add more fuel to the fires raging in the Middle East.

Certainly, the international community has come out with strong rebukes. The condemnations from America’s allies in the Muslim world have been stunning. The state of Jordan called it “nuts” and the United Arab Emirates (UAE) said it was a gift to “radicals and extremists.” The Saudis described it as an “unjustified and irresponsible.” The Iraqi government demanded that the US reverse its decision. Turkey called it a “red line for Muslims.” The European Union representative expressed her opposition, as did many head of states of European nations.

People around the world voted with their feet, pouring out into the streets in demonstrations from Sanaa to Beirut to Paris. And in the West Bank and Gaza, there have been daily expressions of outrage.

Back at home, however, Democratic leaders have been mostly silent or, worse yet, taking credit for Trump’s actions.

There are a few exceptions. Congressional Progressive Caucus co-chairs Mark Pocan and Raúl M. Grijalva and Peace and Security Task Force Chair Barbara Lee released a statement saying that Trump’s decision “sabotages our diplomatic efforts and makes it even harder to achieve peace.” The statement, however, did not have the signatures of the other 72 members of the caucus. Minority House Leader Nancy Pelosi made a spineless statement saying “Jerusalem is the eternal capital of the Jewish homeland,” but added that “moving the US embassy to Jerusalem now may needlessly spark mass protests, fuel tensions.”

On the Senate side, Senators Bernie Sanders and Dianne Feinstein put out strong statements of opposition. Senators Warren, Brown and Murphy showed mild opposition, saying that diplomacy should determine the final status of the city, but agreeing that Jerusalem is Israel’s capital. Senators Durbin, Booker and Blumenthal expressed concern that the move would cause violence but none of them put out statements of condemnation afterwards.

The vast majority of the nation’s 535 members of Congress, however, gave no response at all to this critical announcement or were outright enthusiastic. Senator Ben Cardin, ranking member of the Foreign Relations Committee, agreed that “Jerusalem is the capital of the State of Israel and the location of the US Embassy should reflect this fact.” Senate minority leader Chuck Schumer actually bragged that he had helped convince Trump to make the move. Democratic whip Steny Hoyer said that it was simply “a fact of history.” Democratic Representatives Engel, Schultz and Deutch all backed Trump.

These Democrats are at odds not only with the United Nations, most of the world’s leaders and global public opinion. They are also at odds with American Jewish opinion. A September 2017 survey by the AJC Global Jewish Advocacy, found that 44% of American Jews don’t support moving the embassy and 36% think it should be moved only in the future in conjunction with peace talks.” Only 16% want the embassy to be moved now.

Trump’s action has already begun to wreak havoc in the Middle East. We don’t know how far this will escalate, especially as progress continues to actually move the embassy. What we do know is that is the reckless actions of a man who has no regard for international law and no conception of what is in the US national interest must be repudiated. So where are the Democrats?