What it Really Takes to Secure Peace in Afghanistan 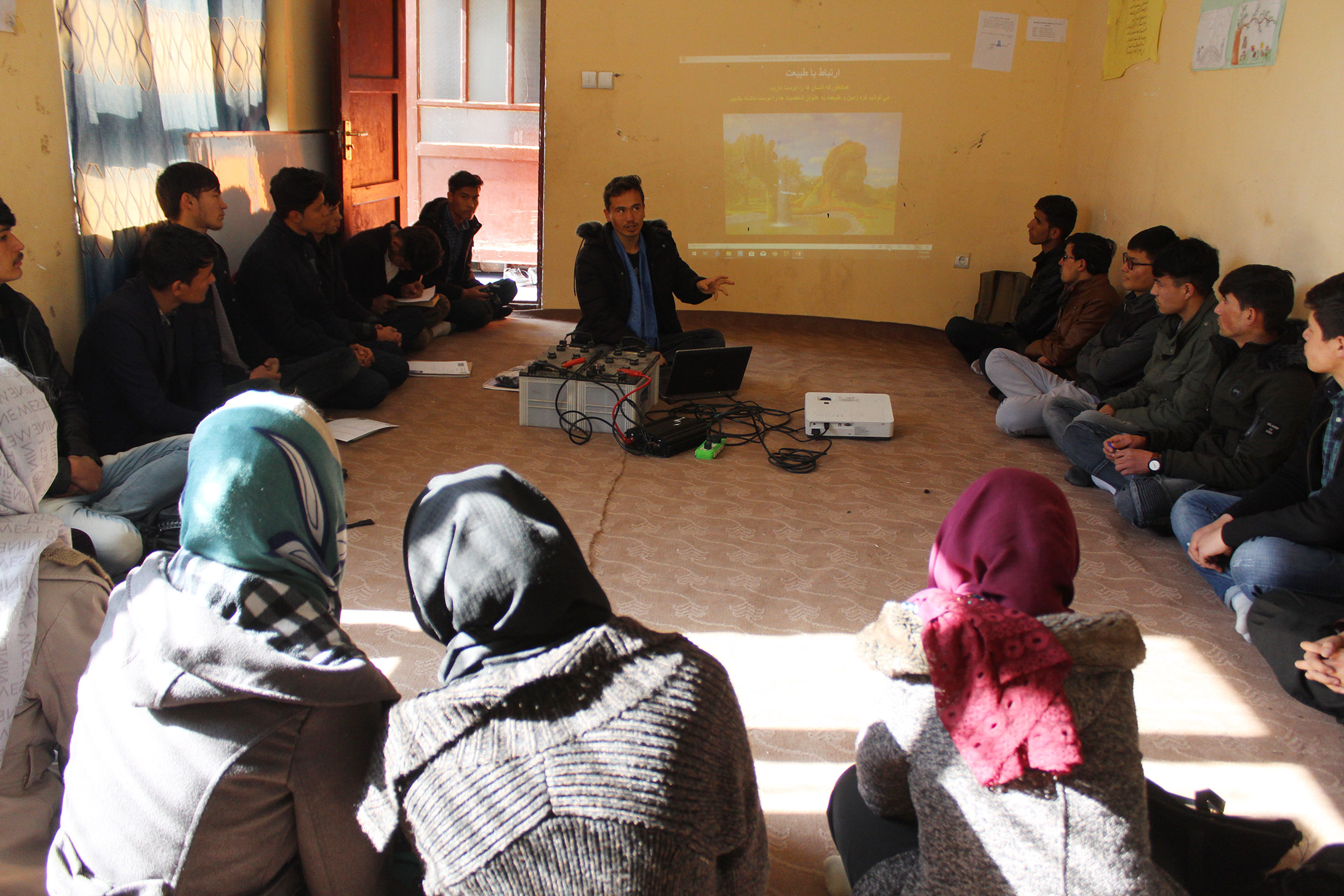 Constant military surveillance of Afghans yields almost no real intelligence about the problems they face each day. An unusual group of volunteers uses a far different approach.

Hossein, a member of the Afghan Peace Volunteers, (APV), which hosted my recent visit to Afghanistan, rolled up his sleeve to show me a still-healing three-inch wound. Thieves had broken into his family home in Kabul. When they were discovered, one of the robbers stabbed Hossein.

An APV coordinator, Zekerullah, was robbed and beaten by assailants in broad daylight. Ata Khan lost his camera and mobile phone to a gang of young thieves who accosted him and eight other people in a public park during the daytime. Habib, a recent young graduate of the APV Street Kids School program, suffered blows from several attackers a month ago.

“I didn’t have anything they wanted to take,” he said, assuring me he is OK even though his lower back, where they beat him, is still sore.

Attacks like these—which all happened within the last six months—are predictable in a chaotic war-torn city that absorbs new refugees every day. Some have been forced off their land by drought and food scarcity, while others flee the terror of violence carried out by various warring parties, including the United States. In 2018, the United States dropped 7,632 bombs on Afghanistan, more than any other full calendar year since the U.S. Air Force began documenting its attacks in 2006.

According to the United Nations, in the first nine months of 2018, there was a 39 percent rise in the number of casualties from airstrikes, compared to the same period of the previous year. Within Kabul, violent bomb attacks by the Taliban and other groups have become horribly normal. Rising unemployment rates, now at 25 to 30 percent, also afflict people. The International Labor Organization, reporting two months ago, said Afghanistan has the highest unemployment rate of any country in the world. My four young friends are very lucky, on many counts, that they are still alive.

“The people coming to the class learn information they’ve never heard about before,” Muhammad Ali says. “We think about ways to make peace and to live with respect for nature.”

U.S. efforts to improve Afghanistan’s decaying education institutions have been woefully inadequate. Reconstruction projects have been riddled with corruption. Millions of dollars have been poured into various militias, while seemingly endless shipments of weapons arrive in the country. Drones and military blimps prowl the skies, supposedly in search of “bad guys.”

But the militarization of the society and the constant surveillance from remote cameras yield almost no real intelligence concerning the problems ordinary Afghans face each day, as they try to survive.

Negotiations over Afghanistan’s future are being guided by people in charge of huge arsenals and sophisticated intelligence networks. The outcome would be better if U.S. leadership would take an interest in the APV’s approach to “surveillance.”

In stark contrast to “intelligence” operations carried out by the United States and its allies in Afghanistan, the APV continue building their database, recording details about destitute and impoverished families whom they invite into projects aiming to help needy families subsist.

Traveling on foot, the Afghan Peace Volunteers gather their “intelligence” by sitting on the floor with families in precarious homes, respectfully collecting information in spiral notebooks. They ask about rent expenses, access to clean water, and whether the family can afford beans over the course of a week. Families who have little-to-no income and who must depend on a child’s earnings for food and rent are especially welcome to join the APV Street Kids School.

This year, more than 100 children have gathered every Friday to study reading, writing, and math. Equally important to the APV are the weekly nonviolence classes organized around themes mirroring the course taught by Muhammad Ali.

The children apply what they learn by participating in APV projects. They help plant trees, tend gardens, and serve meals to day laborers. They join in clean-up projects along the city’s riverfront. Every year, they climb a high hill, carrying kites, as part of their “Fly Kites, Not Drones” campaign.

Families whose children participate in the Street Kids School receive a vital monthly contribution of rice, cooking oil, and beans. The children know they are helping their families as well as themselves. When I ask what fuels her energy to coordinate classes and activities at the Street Kids School, Masoma, who has been with the school since its inception, responds immediately: “It’s my passion.”

Concerned for the future of the 100 children who finished their three-year program last year, APV members have begun working on ways to help them gain skills in various trades. They’re also forming cooperatives to enable future employment.

Where you stand determines what you see. I admire the APV blend of idealism and practicality, doing “the things that make for peace,” even as they face daily anxieties in the chaos and upheaval that mark life in a war zone. They take time, day in, day out, to notice and care about people in need. They aren’t afraid to share resources. Facing violence, they control the urge to retaliate. And they clearly see the futility of entrusting their futures and those of the neediest people they know to predatory power brokers who have already plundered and killed people in murderous wars.

A version of this article first appeared on the website of the Progressive magazine.

Kathy Kelly ([email protected]) co-coordinates Voices for Creative Nonviolence (www.vcnv.org) While in Kabul, she is a guest of the Afghan Peace Volunteers (ourjourneytosmile.com)