We Women Support the Iran Nuclear Deal; We Say No to War and YES to Diplomacy

After an historic nuclear deal was reached with Iran and passed unanimously by the UN Security Council, US politicians, pundits, and special interest lobby groups are pushing Congress to reject the deal. Some of these individuals and organizations orchestrated the invasion of Iraq that cost countless lives, over $3 trillion in US taxpayer dollars and opened the path for ISIL to emerge with continuing devastating consequences to Iraq, Syria and the region.

Let's be clear: the likely alternative to this deal is another devastating war in the Middle East. War ravages communities, leaving women to care for the wounded and rebuild society. It spreads hatred and extremism. This is not the world we want for ourselves or our children.

When women say No to war, we are saying Yes to a peaceful and sustainable future. This deal with Iran is proof that we can find non-violent ways of resolving conflicts. Women have historically been influential in ending seemingly intractable conflicts, and now we are shining the global spotlight on Iran. Congress should fully embrace this successful negotiation and encourage the administration to use this momentum to seek other non-violent solutions to global conflicts. 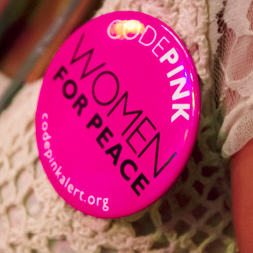