Vijay Prashad on the U.S.'s Forever Wars: From Afghanistan to China 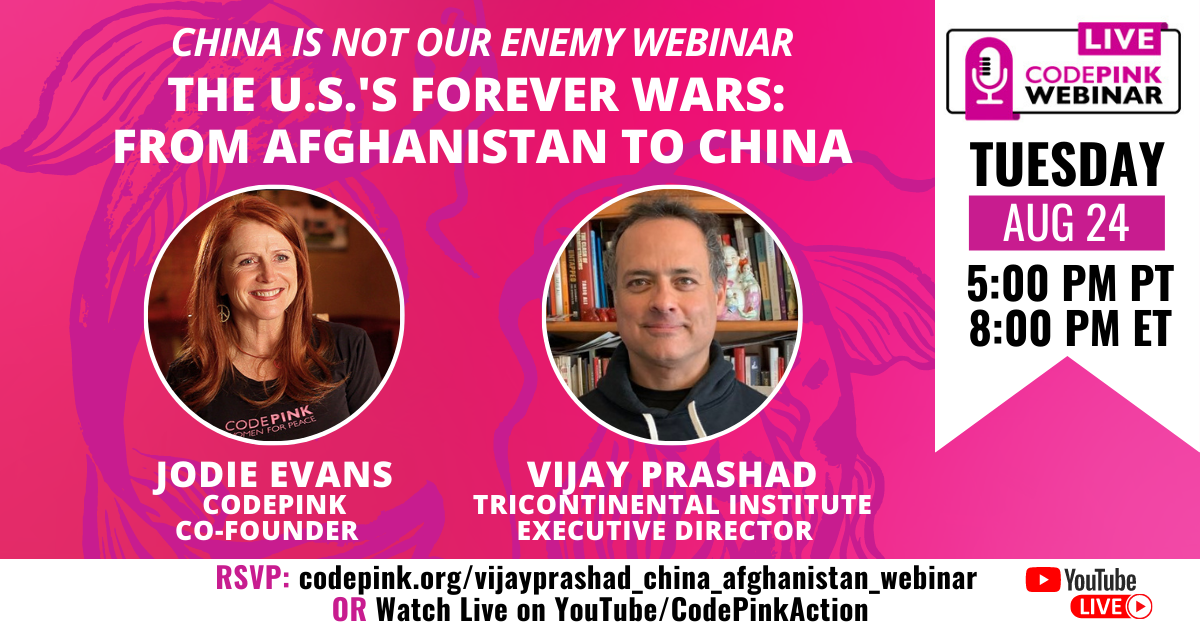 Join CODEPINK and the China Is Not Our Enemy campaign for an exclusive conversation with Vijay Prashad on the United States' Forever Wars: From Afghanistan to China. Hear about the underlying connections between the U.S. Military Industrial Complex's war in Afghanistan, the escalation of its hybrid war on China, and why humanitarian war is an oxymoron.

RSVP to receive a direct copy of the Zoom link!

Vijay Prashad is an Indian historian, journalist, and commentator. Prashad is the author of thirty books, including Washington Bullets, Red Star Over the Third World, The Darker Nations: A People's History of the Third World and The Poorer Nations: A Possible History of the Global South. He is the Chief Correspondent for Globetrotter and a Columnist for Frontline (India). He is the Chief Editor of LeftWord Books (New Delhi). He has appeared in two films – Shadow World (2016) and Two Meetings (2017). He is the Executive Director of Tricontinental: Institute for Social Research.