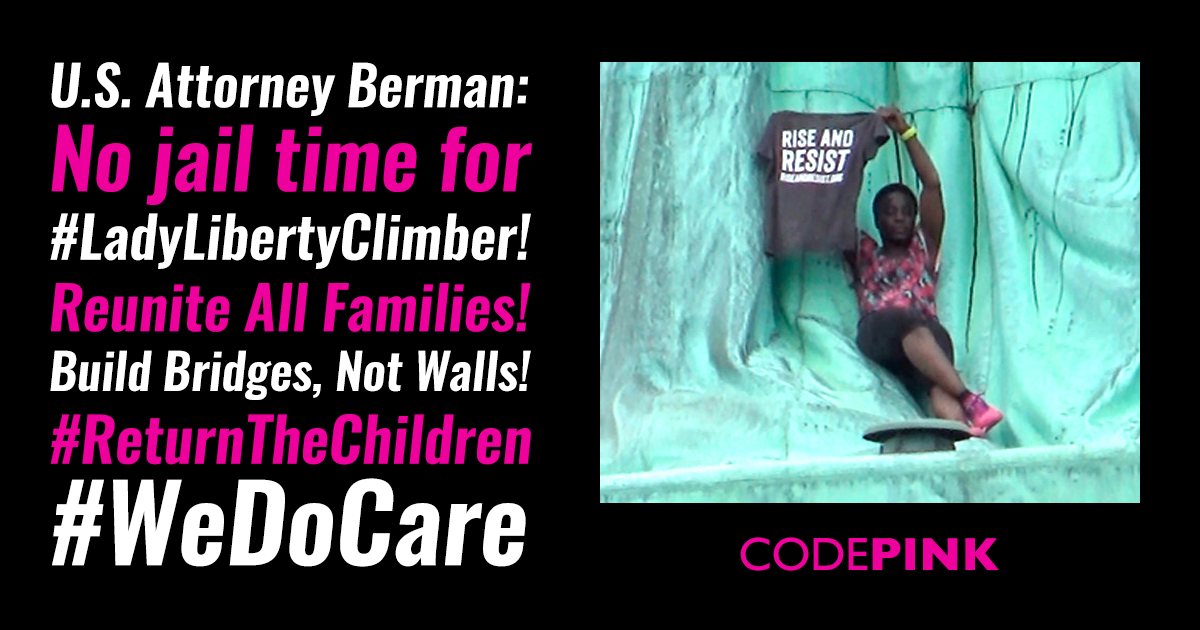 This Valentine's Day, let's love and honor those who courageously stand in the face of acts of violence. Patricia Okoumou was profoundly moved by the violent act of separating children from their families at the border, so she climbed to the foot of the Statue of Liberty to bring light to the words that should guide U.S. immigration policy. She was arrested, tried, and now faces 18 months in prison.

She has asked that we direct our love to her plight and asks that her time served be for community service instead of jail. Serving jail time for an act of civil disobedience just layers more violence onto the violence she originally protested.

To help Patricia, join us in sending the following letter to the U.S. Attorney in NYC. We will FedEx the batch we have on Wednesday to arrive on the 14th, just in time for Valentine's Day. Or you can download, write and mail one yourself, adding in a heartfelt message of love and community.

I write to express my strongest support for Therese Patricia Okoumou, our Lady Liberty.

On December 17, 2018, Judge Gabriel Gorenstein found Patricia guilty of trespassing, disorderly conduct and interference with government functions for climbing to the base of the Statue of Liberty on the Fourth of July.

Patricia's action was an effort to highlight the federal government’s immoral and inhuman child detention policies, otherwise known as the Trump Zero-tolerance policy on immigration.

It is our job now to oppose what our government is doing at the border, and to loudly demand Zero-cooperation with this horrendous policy!

Despite the real prospect of spending 18 months in prison, “We stand on the right side of history. I am not discouraged,” Patricia said after being sentenced. Our Lady Liberty remains steadfast in her mission to continue campaigning against the immoral and inhumane family separation policies of the Trump administration.

Since Patricia's trial, new information has revealed that the extent of the Trump Administration's outrageous “zero tolerance” policy, which it has consistently LIED to the court and the American people about, is even worse than previously known.

The federal government has ripped apart tender-aged children from nursing mothers. It has flown thousands of young children across the country away from their families and placed them in cages. Some of The Children are being forcibly drugged and others sexually molested in internment camps. There have been deaths of asylum seekers, as young as 7 years old, under the care and custody of border patrol agents and Immigration and Customs Enforcement (ICE).

As part of our basic right to protest, outlined in the constitution, Patricia climbed the Statue of Liberty to increase awareness of this injustice, and I stand in solidarity with her! When we fell low as a country, Patricia went as high as she could to raise consciousness about these atrocities.

Please set her free to do public service not jail time.

Onward to peace and justice with love, 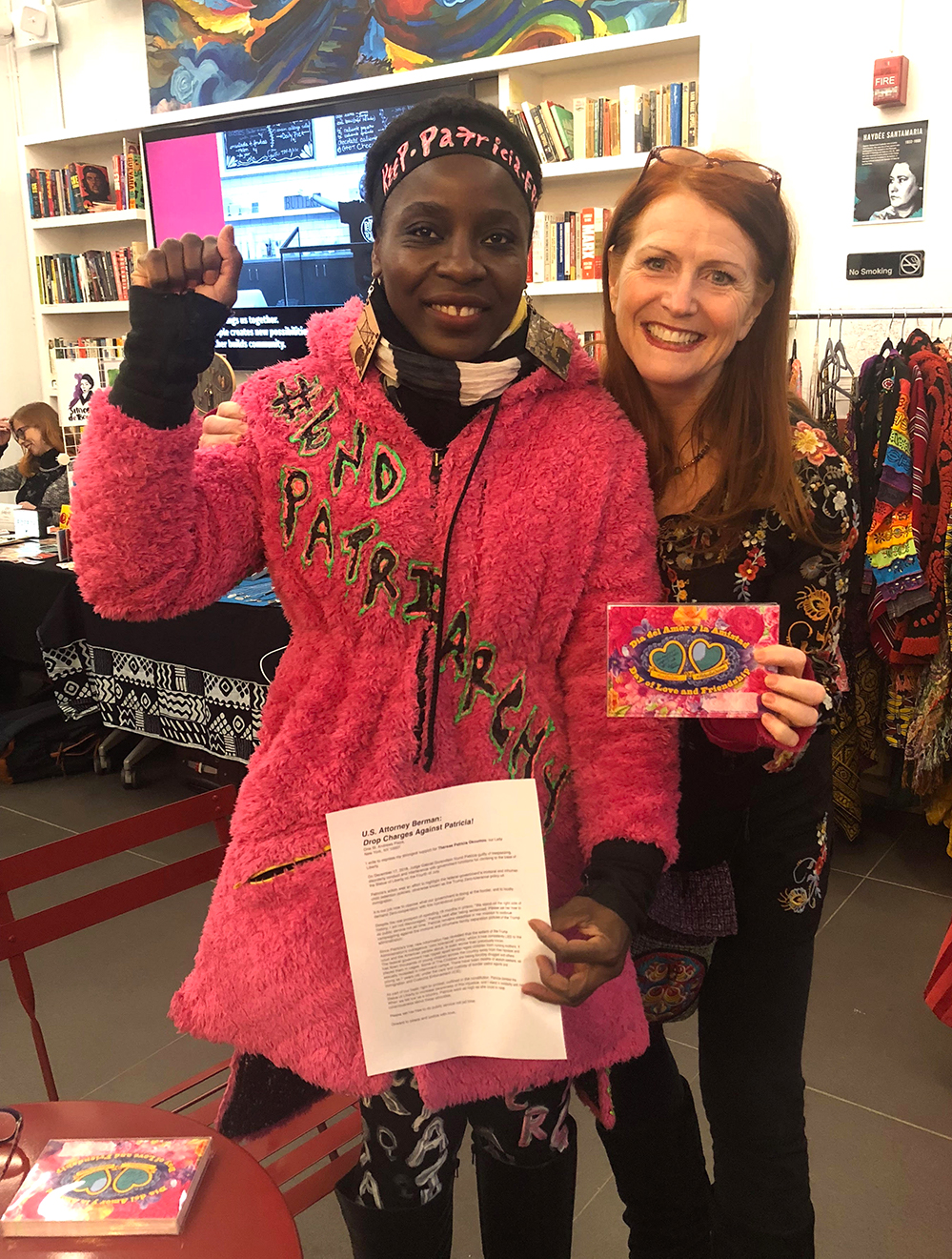 Patricia Okoumou holding a copy of this letter with CODEPINK Co-Founder Jodie Evans.