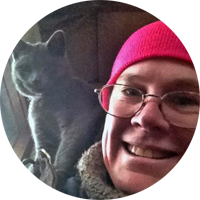 Winchester, Virginia: Traci has been very active with CODEPINK in Lancaster, Pennsylvania, before moving to Virginia. She represented CODEPINK at many events including candlelight peace vigils to end Afghanistan and Iraq. These events were attended by the Iraq Veterans Against the War, the Quakers, Mennonites, Pax Christi, Lancaster Peace and Justice Coalition. Lancaster Interchurch Peace Witness, and Students for a Democratic Society.

Traci has also participated in the Friends Committee Conference to Abolish Isolation Cells in Maximum Security Prisons, including dressing up as a polar bear and helping to block access to the Senate Office Building. Her main effort over the past three years has been to initiate a Mental Health Court in Winchester/Frederick County, Virginia; a Drug Treatment Court will open in 2016. Her hope is to reduce the number of women incarcerated in America. She would like to open a program similar to Delancey Street Foundation in Winchester, Virginia.