This Week in Accountability, September 3, 2011

This Week in Accountability, September 3, 2011

San Francisco activists including CODEPINK staged a protest outside the Marine Memorial where 'Torture Memo' author John Yoo was speaking at a Young Republican event. 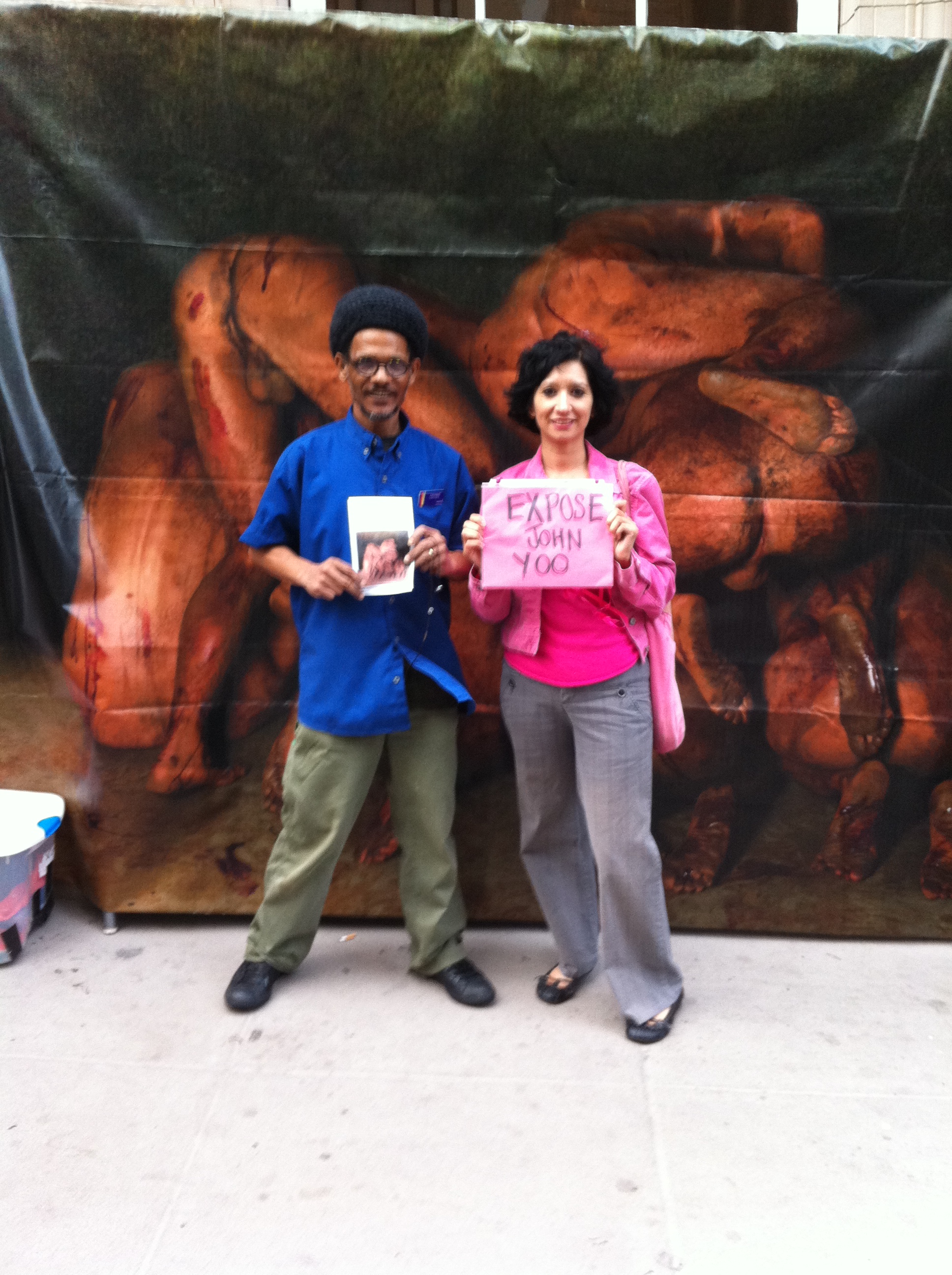 Also speaking at the event was Ann Coulter and Andrew Breitbart. John Yoo was Bush's Top Legal Lackey in helping to create the construct for torture. As Deputy Assistant Attorney General of the Office of Legal Counsel, John Yoo was dubbed "Dr. Yes" signing off on the legal opinions purporting the use of torture was legal as a part of the president's vast wartime powers.

Military spouse Ashley Joppa-Hageman attended a Donald Rumsfeld book signing event at Ft. Lewis, Washington where she handed Rumsfeld a copy of her husband's funeral program, explaining that her husband joined the military because of his lies. Donald Rumsfeld lied about WMDs and spent $3 trillion on the war in Iraq that killed over 4,000 US soldiers and 1.4 million Iraqis. He suspended the Geneva Conventions, approved countless acts of torture in Abu Ghraib and Guantanamo, and held prisoners indefinitely without access to legal counsel.

Former Vice President Dick Cheney's book "In My Time" hit the shelves at local bookstores across the country to wide spread criticism from former Bush administration officials such as Condoleezza Rice and Colin Powell to anti-war and human rights organizations. At the kick off of Cheney's media book tour, Amnesty International was persistent in holding a no torture presence outside the barricades of the Today Show in New York City. CODEPINK cofounder Medea Benjamin inspired activists to take action in moving Cheney's book to the Crime section in bookstores in her 10 reasons to move Cheney's book. 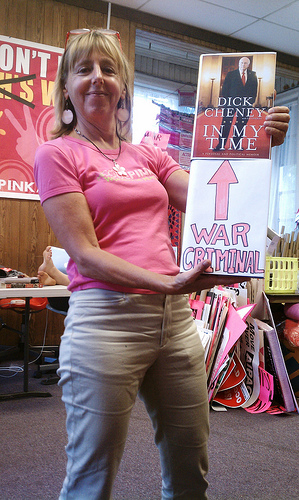 Using social media to its full advantage to protest Cheney's new book, activists had created a Twitter handle (@fakecheney) and hashtag #InMyTime, joined a Facebook group, taken pictures of moving books for a Flicker slideshow, filmed a YouTube video and downloaded, printed and inserted "Doin Time" bookmarks. Even actor Alec Baldwin got in on the action and tweeted how he felt about Cheney's new book. If anything, Cheney's resurrection has inspired creative action and opened old wounds.

There are still others to be held accountable, CODEPINK activists in Dallas staged a protest presence outside of the Commercial Vehicle Outlook Conference where Karl Rove was keynote. 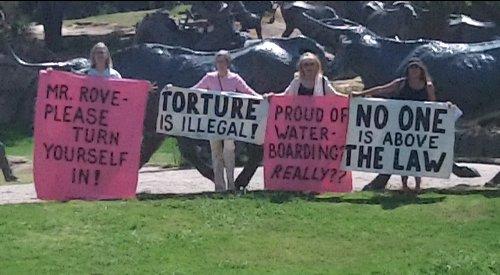 Rove was intimately involved in the treasonous act of exposing the identity of covert American intelligence officer Valerie Plame for political retribution. "Only an energized and politically active public can make those prosecutions happen," said one of the CODEPINK members. "War criminals must be publicly exposed and prevented from occupying powerful or influential positions within our society."

Hundreds of protesters in Minneapolis protested outside the Convention Center where President Barack Obama was speaking to the American Legion. Former FBI Whistleblower Coleen Rowley writes Minneapolis Message to Obama Was Clear: Bring the War $$ Home. 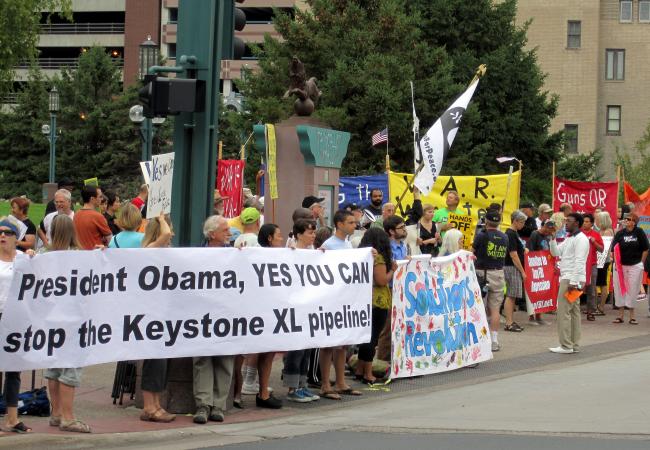