This Saturday: Gathering in NYC 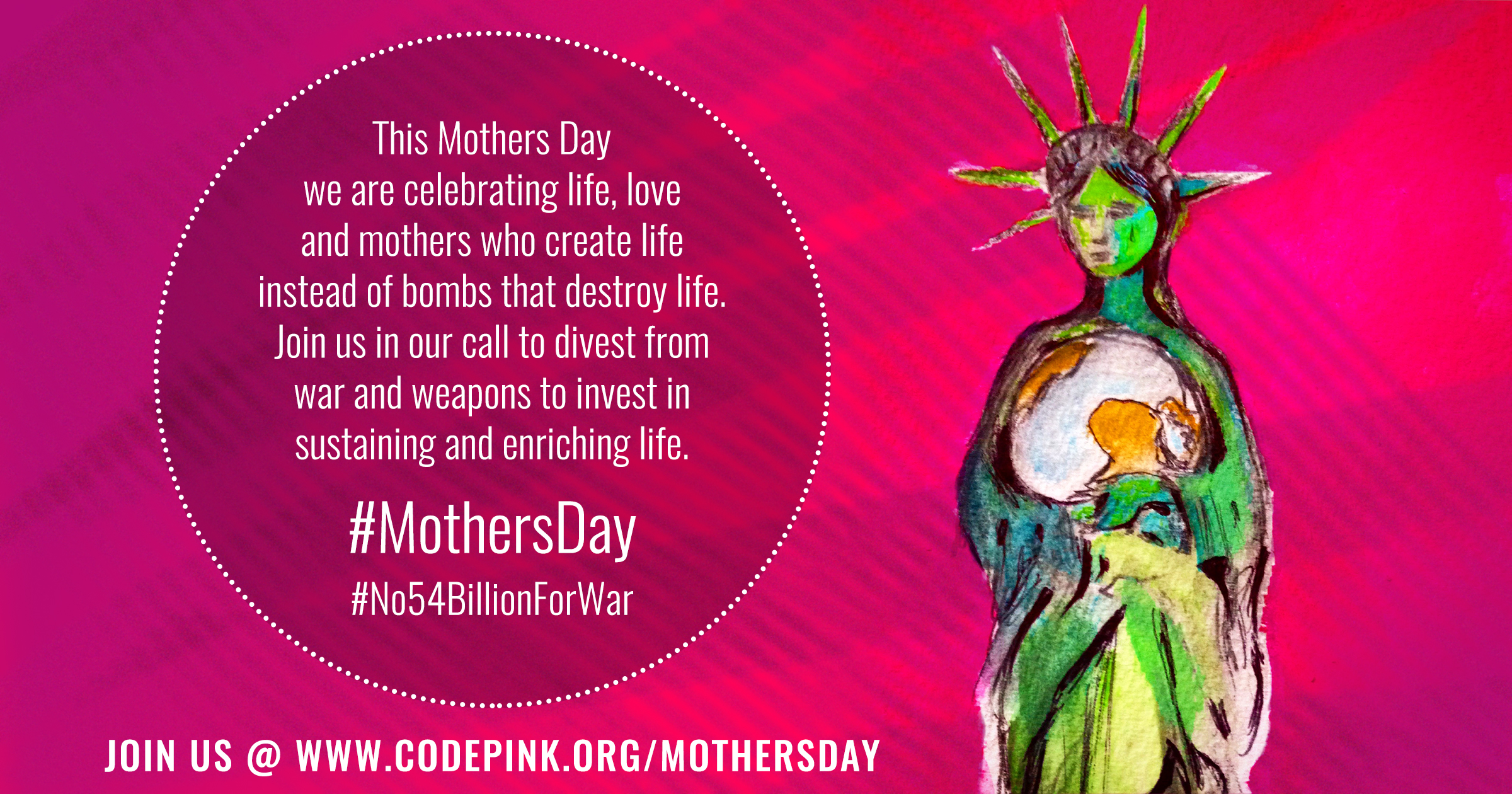 Join us at the Rise, Love & Resist Gathering in NYC!

Last week, NYC CODEPINK got together to build community and rise for Yemen, when the MOAB was dropped in Afghanistan. Moved, people at the gathering talked about the irony of calling this the "Mother Of All Bombs," when mothers only want love. The group decided to organize around Mother's Day, bringing the strong message: "Mother's Of All Love! Not Bombs!" We want a world without weapons an war, without violence and hate, without bans and walls.

Join Jodie Evans and NYC CP for another gathering to plan and get ready for Mother's Day action.

*The beautiful Statue of Liberty drawing (above) was created by Elliot, who was part of the last gathering. Thank you for the beautiful art, Elliot!

Join us to celebrate the nurturing essence of motherhood and take action to build a local peace economy. In the words of Julia Ward Howe who put out the first call for a Mother Day: "From the bosom of the devastated earth a voice goes up with our own. It says, 'Disarm, disarm!'" Mother's Of All Love! Not Bombs!

In movement,
Ariel, Jodie, Esha, Rosalie, and the CODEPINK team

Print, post, and share these posters- because we say #Not1More detention or deportation and #nobannowall. Immigrants and refugees are #heretostay. Learn more about how to support vulnerable communities during these times at our No Ban No Wall resource page.