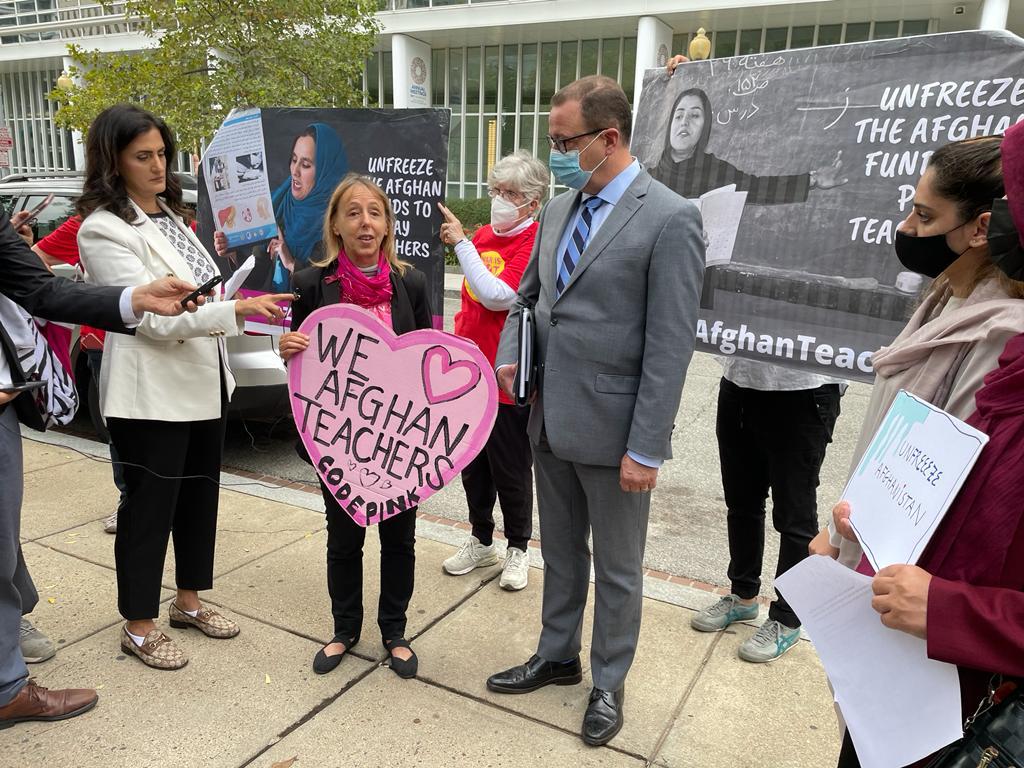 Aug. 15 marks the one-year anniversary of the return to Taliban rule in Afghanistan. It has been a disastrous year for the Afghan people. The Taliban rulers have reneged on their promises to respect women’s rights: They have barred secondary-school girls from public schools, dismissed women from many government jobs, forbade them from traveling alone and ordered women to dress in clothing that covers everything but their faces.

The Taliban have also gone back on their promise to create a government inclusive of minority groups. They promised to grant amnesty to those who worked with the former government, but then killed or disappeared hundreds of former government officials and members of the Afghan security forces. And they promised not to harbor terrorists, but al-Qaeda leader Ayman al-Zawahiri was living in a “safe house” in a toney neighborhood of Kabul until he was killed by a U.S. drone strike.

But if you think the Taliban are bad, and I do, just think of what will happen if the country devolves into another civil war. Let’s face it, there are no democratic forces waiting in the wings to take over. If the U.S. doesn’t want Afghanistan to plunge into a state of chaos, it better take measures, including working with the Taliban, to revive the economy.

How can we work with the Taliban, you ask? Not only are they misogynists and sectarian zealots, but they had been harboring one of the most wanted men on the planet. But intelligence analysts at the time of the U.S. withdrawal described al-Qaeda as “a skeleton of its former self” and the 71-year-old al-Zawahiri was no longer “the brains” of al-Qaeda but a figurehead.

The real threat today is not al-Qaeda but the Islamic State-Khorasan (known as ISIS-K). As former CIA director General Petraeus told CNN, “They are the ones carrying out the most significant attacks in Afghanistan trying to foment a sectarian civil war.” ISIS-K was responsible for the horrific bombing at the Kabul airport on Aug. 26 that killed 170 Afghan civilians and 13 U.S. service members. It regularly targets minority groups, especially the Shiite Hazaras, and is thought to be responsible for thousands of deaths since it was formed in 2015.

The Taliban have declared ISIS-K a corrupt “sect” and forbidden Afghans to deal with it. When the U.S. military was in Afghanistan, there was tacit collaboration with the Taliban to target ISIS-K.

Right now, they are only able to carry out sporadic bombings but their goal is to take over the country and create an even more draconian Islamic State, plus they have transnational ambitions. As the economic situation in Afghanistan continues to worsen, impoverished men will be more and more enticed to join this bloodthirsty group, as will disenchanted members of the Taliban.

That’s why, apart from humanitarian considerations, it’s in the U.S. interest to help the failing Afghan economy.

When I traveled to Afghanistan in the Spring of 2022 with an all-women’s delegation, we found a level of poverty that was heartbreaking — families eating boiled grass, parents selling their children, fathers selling their kidneys. Visiting a poor community, when we asked one mother how she felt about the Taliban keeping girls from going to secondary school, she replied, “We don’t even send our sons to school because we can’t afford a notebook and a pen. Besides, we need to send our children out on the streets to beg for food.”

The World Food Program said in July that nearly half the population is acutely food insecure and that Afghanistan continues to face “the highest prevalence of insufficient food consumption globally.”

Many Afghans we met, even those who had supported the U.S. presence and detest the Taliban, saw the U.S. as responsible for the economic collapse. They said the U.S. created an economy totally dependent on outside funds, then not only stopped the flow of funds once the Taliban took over but also froze over $7 billion in Afghan Central Bank money that the previous government had parked at the U.S. Federal Reserve. They were particularly appalled that half those funds were now subject to a lawsuit by 9/11 families, even though none of the 9/11 hijackers were Afghans.

The Biden administration has been engaged in talks with the Afghan government to come up with ways to return at least half the $7 billion, but it has been almost a year with no resolution. Now the harboring of al-Zawahiri makes it even more politically difficult for the administration, which has always been afraid of being labeled soft on the Taliban.

But giving Afghans back their own money would help save the banking system from utter collapse, and filling in the missing $2 billion shortfall in the UN $4.4 billion emergency appeal would help feed millions of hungry Afghans.

Let’s remember the dire consequences of previous U.S. actions. The U.S. helped create al-Qaeda when it funded the mujahideen to fight the Soviets in Afghanistan. The U.S. invasion of Iraq, including the brutal treatment of Sunni Muslims, led to the creation of ISIS. Will we let the U.S. freezing of Afghan funds create an ISIS caliphate in Afghanistan?

Yes, the international community should keep pressuring the Taliban to fulfill its promises, but punishing the Afghan people for Taliban abuses only victimizes them twice. Helping to jump-start the Afghan economy is not only a compassionate policy for the long suffering Afghans, but it is also the right policy for the security of the region and the United States.

Medea Benjamin is one of the co-founders of CODEPINK and the organization Unfreeze Afghanistan. She was a member of the Women’s Peace and Education Delegation to Afghanistan in March.