That Flag Came Down! 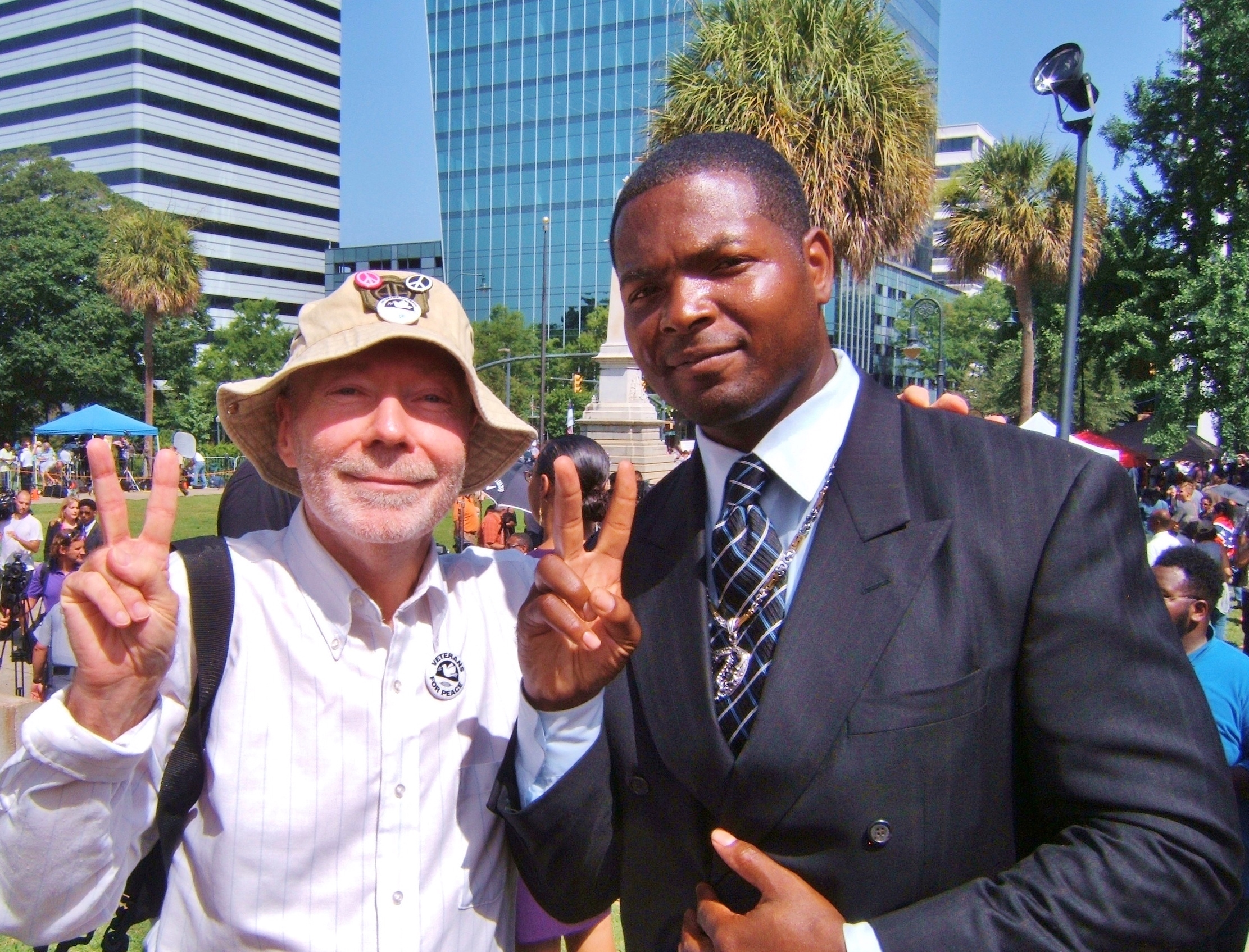 On July 10, 2015, in Columbia, South Carolina, a new flag of hope rose for all. The symbol [the Confederate Battle Flag - ed.] opposed to morality, liberty, diversity, and equality, was felled by outrage, grace, and celebration by South Carolinians, experiencing support nationally and internationally. United we stand with courage, truth of history, conscience, and formerly obstructed peace for healing.

It was a day of thankfulness, to participate for rights long suppressed, to witness by sight, sound, and emotion the furling, again, of that “confederacy of the mind” flag. The moment brought people together to smile and cheer for new growth and restored dignity, to know appreciation of their unsung contributions in the battles behind and to the challenges and healing ahead. There were 10,000 there on that 10th day of July, and uncounted millions in a global fellowship.

By conscience, a minority of duty representation [in the State House] joined with the people. They were brought together and empowered by the Charleston Nine, slain saints of Emanuel AME Church of June 17th, by the decades of families grieved by the harms committed by South Carolina's legislatures of the ‘60s.

I am humbled by those sufferings, by those who never gave in and gave themselves for all by their strengths of love, prayers, and faith.

Before that flag came down, my thoughts from childhood remembered the humanness, the hearts, talents, skills, and courage of those who carried on for their children's hopes and dreams, abused and neglected by the privileged majority [white] ethnicity. That flag came down for those who cared and acted in love against the South Carolina oppressive system. My thoughts, as they often do, went back to remembering Mae, Orabelle, and Versey, and their families who served community and nation in work, in military, for us all.

Who were those three black ladies, mothers, angels? These women gave their love and care to me, my sister, and our families. They were entrusted with our families' children. They were just as loving of us as our moms and dads who were at work. They gave their all for a few dollars, no savings or retirement benefits, no health insurance for their or their children's illnesses.

I loved and will always love those ladies. Because of them, their shared faith and souls, I never knew prejudice of color or culture. We [white people in Wade's community - ed.] knew something was not right, but did not know that majority privileged ideology was wrong, bigotry then and now. The people of color gave unquestioned love. They shared their faith, souls, their lives for our good.

The degradation of segregation, the physical and mental harms, I did not understand then nor now. There was no explanation or reason given by discussions of conscience or of faith. Politicians of racist ideologies backed by a privileged system continue to harm this nation.

Such is no less than war at home, as are global wars for the classed and powers whom see only themselves, their lives as important. The flag's legacy came down to offer the truth that "Black Lives Matter". Those people whom I served with in Vietnam were brothers and sisters of color. Minorities and non-citizens continue as called or are jobless to serve in the US military. Destructive global wars are used to further neglect needs at home and the needs of those peoples destroyed abroad. Policies of discrimination, segregation, militarization, and the privileged only assure and prolong the sufferings of all. That flag came down so that we the people must stand in unity and for the dignity of all peoples.

The people of South Carolina and of one nation of liberty and justice for all, brought the hurtful and divisive flag of confederacy down, not the segregationist majority of non-representation [in the SC State House - ed]. The ‘60s politics of decades, for one privileged class, has been exposed as never before. Such Dixiecrat majority domination left the Confederate flag to fly, and left the politicians and lobbyists unchecked and unaccountable. The choices of the privileged for unbridled control, rather than for works for unity and equality, were made instead for weapons, rogue agencies, militarization, and for elitism that in the end contributed to the killings of the Charleston nine, their losses to families and communities.

Charleston's June killings were wrought by discrimination and violence as were so many of South Carolina's 150 years of injustices and slayings. SC's last 54 years of priority for a segregationist flag to fly in the faces of the people must never be forgotten, must never resume, and must no longer prevent progress for the livelihoods and health priorities of all.

That day of July 10th for the people and for the end of arrogant racism and privileged supremacy, must also end non-representation bought by the moneyed, hold the people back, South Carolina majority of selves preservation and greed.

As that flag came down, I saw grieved and joyous faces of the people. Their humane power glowed in remembrance and in hope, in smiles and tears, in the realization that the segregationist majority has been exposed as never before, as it must never again exist.

The people, unchained and flag down, must continue in the momentum of victory. Our celebration is that every day has become a day for unity, a day to move forward on issues not lie in stalemate, a day blessed by peacemakers of liberty, a day of good will to bring truth, empathy, healing, and provision of life needs and equality to all.

Wade Fulmer is an activist for peace, veterans care, diplomacy, social and criminal justice, education, healthcare, truth and accountability. He is a member of Veterans for Peace, associate member of CODEPINK, and member of Military Families Speak Out. He volunteers as liaison for SC veterans and families advocacy, information and referral. He contributed to "Moving a Nation to Care, Post-Traumatic Stress Disorder and Our Returning Troops" by Ilona Meagher. In June, he was joined by CODEPINK in SC for take down the flag actions. He is an Army Vietnam War veteran, and is a member of Vietnam Veterans of America. He is a progressive, peacemaker native of South Carolina, also having worked for the state in human services and for bureaucritters’ accountability.