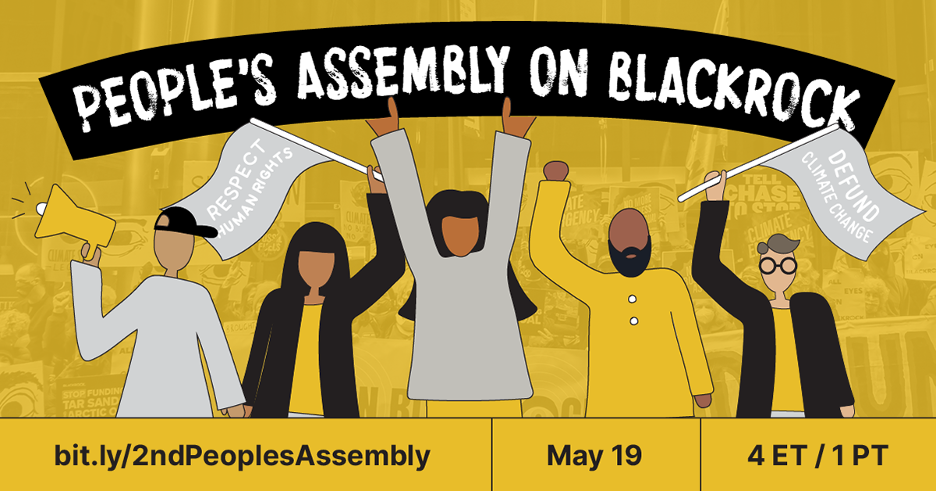 The People’s Assembly on BlackRock is ramping up grassroots pressure before their Annual General Meeting on May 26.

It’s past time to match rhetoric with visionary climate action. We demand clear, bold steps that require companies to change their practices in line with science-based climate targets and the principles of climate justice. BlackRock must shift financing away from the companies and industries endangering people, planet, and our future.

We are excited to announce that Rep. Rashida Tlaib will be joining the People’s Assembly as a featured speaker!

During this inspiring and action-packed online event, you’ll hear from international Indigenous leaders, elected officials, scientists, and frontline activists fighting fossil fuel projects from around the world. We will unite to demand that BlackRock be a leader on climate and justice.