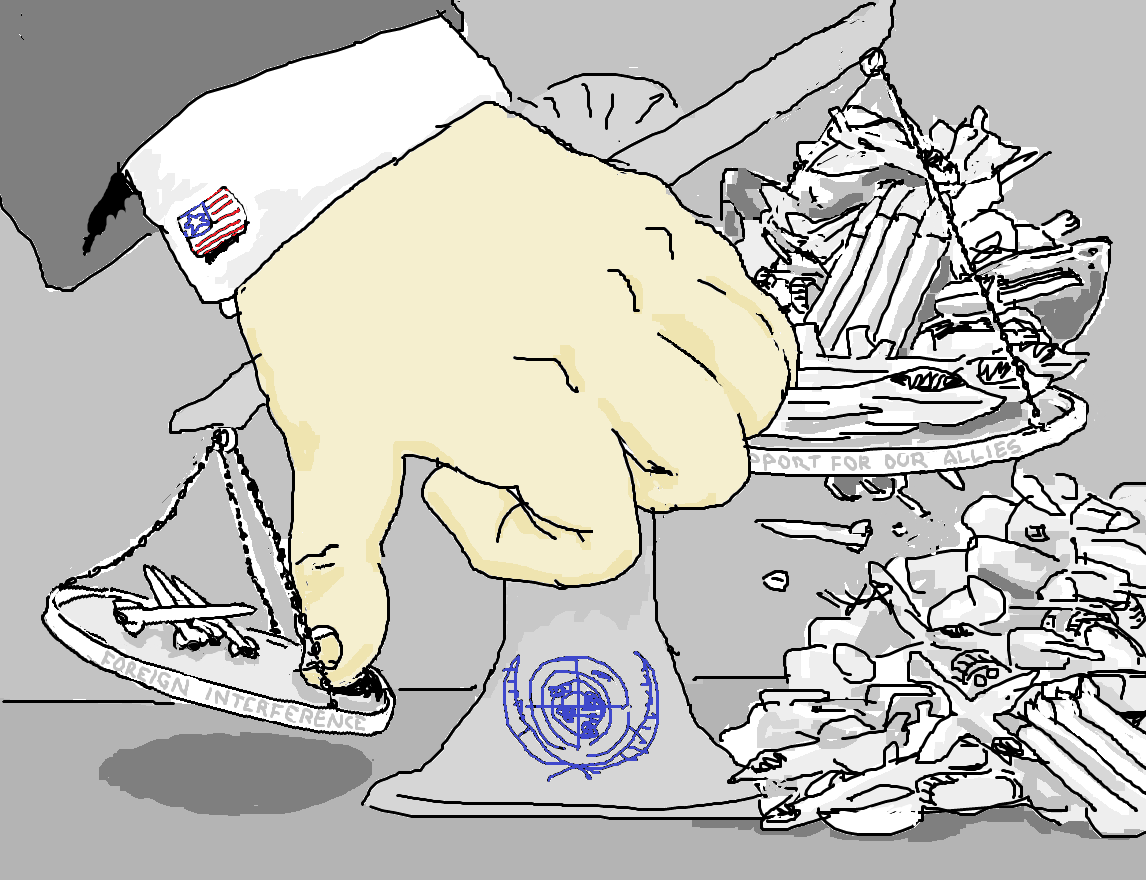 On May 10, the Kingdom of Saudi Arabia informed the UN Security Council and UN Secretary-General Antonio Guterres that Saudi Air Defenses intercepted two Houthi ballistic missiles launched from inside Yemeni territory targeting densely populated civilian areas in Riyadh, the Saudi capital. No one was killed, but an earlier attack, on March 26, 2018, killed one Egyptian worker in Riyadh and an April 28 attack killed a Saudi man.

Unlike the unnumbered victims of the Saudis’ own ongoing bombardment of Yemen, these two precious, irreplaceable lives are easy to document and count. Death tolls have become notoriously difficult to count accurately in Yemen. Three years of U.S.-supported blockades and bombardments have plunged the country into immiseration and chaos.

In their May 10threquest, the Saudis asked the UN to implement “all relevant Security Council resolutions in order to prevent the smuggling of additional weapons to the Houthis, and to hold violators of the arms embargo accountable.” The letter accuses Iran of furnishing the Houthi militias with stockpiles of ballistic missiles, UAVs and sea mines. The Saudis’ letter omits mention of massive U.S. weapons exports to Saudi Arabia and the United Arab Emirates (UAE).

The Security Council resolutions invoked by the Saudis name the Houthis as a warring party in Yemen and call for an embargo, so the Houthis can’t acquire more weapons. But these Resolutions don’t name the Saudis as a warring party in Yemen, even though Crown Prince Mohammed bin Salman has, since March 2015, orchestrated Saudi involvement in the war, using billions of dollars of weapons sold to the Saudis and the UAE by the U.S. and the UK.

The Saudis have an undeniable right to call on the UN to work toward preventing the Houthis from acquiring ballistic weapons that could be fired into Saudi Arabia, but the air, sea and water blockade now imposed on Yemen brutally and lethally punishes children who have no capacity whatsoever to affect Houthi policies. What’s more, the U.S. military, through mid-air refueling of Saudi and Emirati warplanes, is directly involved in devastating barrages of airstrikes while the UN Security Council essentially pays no heed.

As Yemeni civilians’ lives become increasingly desperate, they become increasingly isolated, their suffering made invisible by a near-total lack of Western media interest or attention. No commercial flights are allowed into the Sana’a airport, so media teams and human rights documentarians can’t enter the areas of Yemen most afflicted by airstrikes. The World Food Program (WFP) organizes a weekly flight into Sana’a, but the WFP must vet passengers with the Saudi government. Nevertheless, groups working in Yemen, including Amnesty International, Médecins Sans Frontières (MSF), Save the Children, Oxfam, and various UN agencies do their best to report about consequences of the Saudi-Emirati led coalition’s blockade and airstrikes.

On May 18th, Médecins Sans Frontières (MSF) issued a report about airstrikes against the Saada governorate which notes that “in the past three years, the coalition has carried out 16,749 air raids in Yemen, i.e. an average of 15 a day. Almost a third of the raids have hit non-military sites.”

Earlier in May, MSF responded to a series of Saudi-Emirati coalition led airstrikes on May 7thwhich struck a busy street in the heart of Sana’a, killing six people and injuring at least 72.

“Civilians, including children, were killed and maimed because they were in the wrong place at the wrong time,” said João Martins, MSF head of mission in Yemen. “No-one should live in fear of being bombed while going about their daily life; yet again we are seeing civilian victims of airstrikes fighting for their lives in hospitals.”

Lacking access to food, clean water, medicine and fuel, over 400,000 Yemeni children are, according to Save the Children, at imminent risk of starvation. “Most of them will never see a health clinic or receive treatment,” says Kevin Watkins, the organization’s UK Director. “Many of those who survive will be affected by stunting and poor health for the rest of their lives.” Watkins says the Saudi-UAE led coalition is using economic strangulation as a weapon of war, “targeting jobs, infrastructure, food markets and the provision of basic services.”

On March 22, 2018, Amnesty International called for an end to the flow of arms to the Saudi-led coalition attacking Yemen. “There is extensive evidence that irresponsible arms flows to the Saudi Arabia-led coalition have resulted in enormous harm to Yemeni civilians,” their statement says. “But this has not deterred the USA, the UK and other states, including France, Spain and Italy, from continuing transfers of billions of dollars’ worth of such arms.”

The UN Charter begins with a commitment to save succeeding generations from the scourge of war. The UN Security Council has miserably failed the Yemeni people by allowing the scourge of war to worsen, year by year. By approving biased resolutions that neglect to even name the most well-funded and sophisticated warring parties in Yemen -- Saudi Arabia; the United Arab Emirates; the United States -- the Security Council promotes the intensification of brutal, apocalyptic war and enables western war profiteers to benefit from billions of dollars in weapon sales. Weapon manufacturers such as Raytheon, Lockheed Martin and Boeing then pressure governments to continue selling weapons to two of their top customers, Saudi Arabia and the United Arab Emirates.

Earnest, honest and practical steps to stop the war are urgently needed. The U.N. must abandon its biased role in the Yemen conflict, so it can broker a peace in which the Houthi minority can retain some dignity and representation in majority-Sunni Yemen, which even before the Houthi uprising lacked any legitimately elected leader. The Houthis must be given an option to lay down arms without landing in any of the clandestine prisons operated by the UAE in Yemen, reported to be little more than torture camps. Even more urgent, the violence and economic strangulation by foreign invaders must cease.

At the very least, citizens in countries supplying weapons to the Saudi-Emirati coalition must demand their legislators forbid all future sales. The time for determined action is running out in the U.S. as the State Department is already taking preliminary steps toward a massive, multibillion-dollar sale of weapons to Saudi Arabia and the United Arab Emirates. The package is said to include tens of thousands of precision-guided munitions from Raytheon.