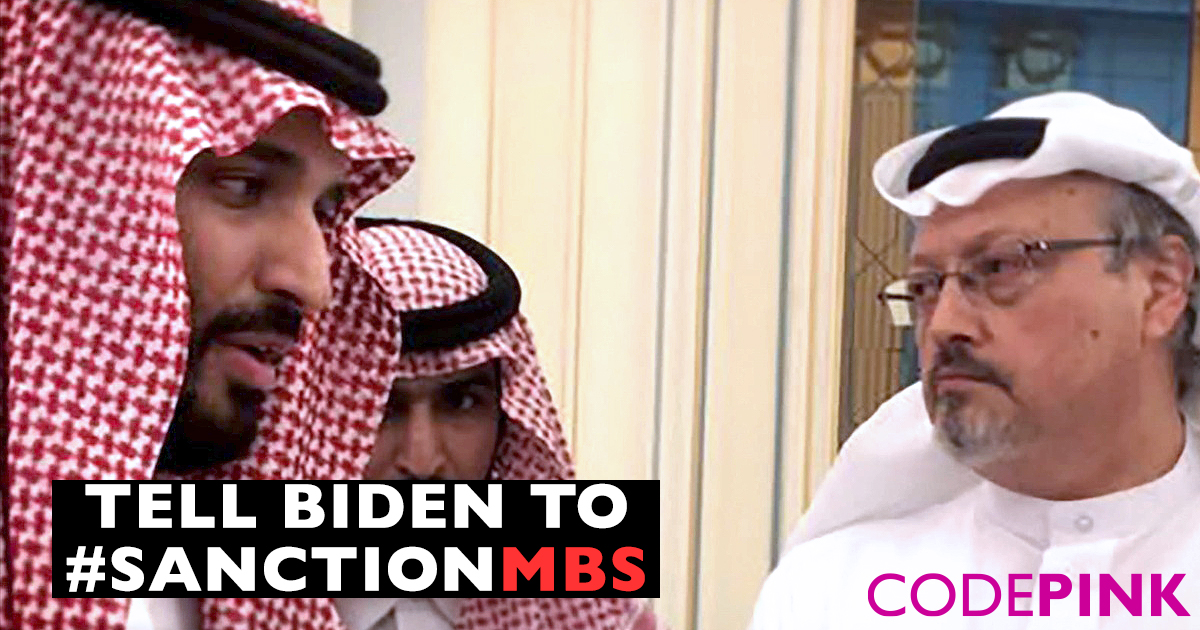 Mohammed bin Salman can't get away with the murder of journalist Jamal Khashoggi. Tell the Biden administration to sanction MBS!

On Friday, February 26, 2021, The Office of the Director of National Intelligence released a report on the murder of journalist Jamal Khashoggi. The report concluded that “Saudi Arabia's Crown Prince Muhammed bin Salman approved an operation in Istanbul, Turkey to capture or kill Saudi journalist Jamal Khashoggi.” It was later announced that your administration has no plans to hold Mohammed bin Salman accountable. Other people involved with the murder will face certain punishments, but not the Crown Prince.

We, the undersigned, are asking that you use your power under the Global Magnitsky Act to place individual sanctions on Crown Prince Mohammed bin Salman.

Releasing this report was a great step toward transparency. However, Saudi activists are calling on you to place individual sanctions on the Crown Prince. The murder of Khashoggi shows Mohammed bin Salman’s disdain for his opposition. Placing sanctions on him until he frees all political prisoners, stops persecuting dissenters, and stops the brutal war on Yemen would be a huge step toward accountability.

This report confirmed what many have known for a long time: MBS ordered the killing of a journalist. Khashoggi was a Saudi citizen and US resident. His assassination illustrates the Crown Prince’s animosity for people who disagree with him, no matter if they are living under his own government or yours.

During your campaign, you called out MBS and Saudi leaders for their human rights abuses both in Yemen and in regards to Khashoggi’s murder specifically. We urge you to hold true to your word and place individual sanctions on Crown Prince Mohammed bin Salman until all political prisoners are truly free, not simply out of prison. We urge you to also reassess other relationships with Saudi Arabia’s government and take actions that would start the process of accountability for MBS but not harm Saudi civilians. This could include a ban on all arms sales to Saudi Arabia.

We look forward to hearing how you implement these demands.