“A nation that will keep people in slavery for 244 years will "thingify" them—make them things. Therefore they will exploit them, and poor people generally, economically. And a nation that will exploit economically will have foreign investments and everything else, and will have to use its military to protect them. All of these problems are tied together.  What I am saying today is that we must go from this convention and say, 'America, you must be born again!'”  - Dr. Martin Luther King, Jr. 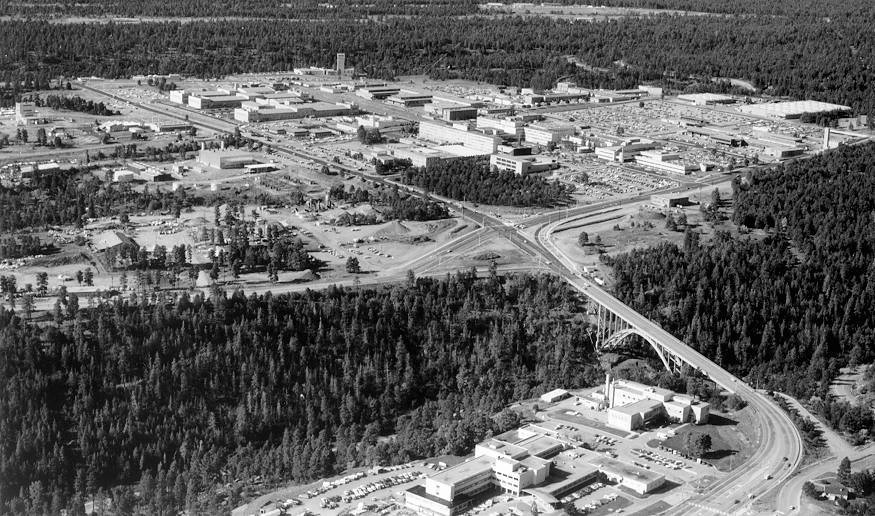 Speaking on behalf of indigenous people in Santa Cruz, Bolivia, earlier this summer, Pope Francis apologized for the role the Catholic Church played in oppressing Latin America’s indigenous people. He called for a worldwide grass roots movement that would shatter global corporate abuses of “the new colonialism.”  Political elites in the U.S. should follow his lead and apologize for the genocidal destruction U.S. people waged against indigenous peoples.  They should look toward indigenous people for guidance about ways to make reparations.

In early August, people assembled outside of the Los Alamos nuclear weapon laboratories listened to Beata Tsosie Pena’s advice and perspective during a gathering organized by Campaign Nonviolence.

Beata said that she and her community have tried traditional forms of activism, to no avail, and so now they try their form of activism which involves praying to the spirits.  They pray to the spirits for the politicians and they wish the politicians would pray to their ancestral spirits.  She also invited us write solidarity letters to the Tribal Leaders of the Northern Pueblos to acknowledge our presence “inside the lands they hold sacred.”

Beata, a poet, a farmer, a mother and musician as well as an educator and a permaculture developer, advocates for a clean environment. She and her community believe that lives devoted to land-based knowledge and ritual can properly develop and safeguard both character and health among practitioners.  They care deeply about cultivating the land and using appropriate seeds, taking care in the process to cultivate lives of reflection and thoughtful connection to a larger world.

She spoke to us near the Trinity site, where, during World War II, the first atomic bombs, produced at Los Alamos, were tested.  If we think about it, astonishingly strange seeds are planted there.

Beata's traditional lands, along with lands of neighboring tribes, have been taken over by the U.S. government and planted with nuclear weapons. The U.S. has spent trillions of dollars to do so, while, to deter espionage, certain areas sacred to her people, harboring the memory of ancestors and encapsulating traditions about the origins and significance of life are heavily planted since the height of the Cold War with land mines.

It was touching, here in Los Alamos, to hear civil rights leader Rev. Dr. Jim Lawson commend Beata and her community, encouraging them to grow their numbers steadily, one by  one, while earnestly asking them to request and rely on any help that he could offer.  Martin Luther King once called Lawson the leading U.S. strategist of nonviolence.  Lawson had developed successive civil rights campaigns, in the sixties and seventies. He taught growing numbers of black and white students how to organize sit-ins and other forms of nonviolent action to confront the immorality of segregation.  Lawson said that respecting Native Americans and acknowledging the theft of their land should be integral to the current civil rights movement.

In Los Alamos, the stage created for Beata and others to speak, on August 6 and 9, displayed thousands of colourful origami crane birds, 2,000 of which were made by prisoners in San Quentin.   I'd helped string some of the crane birds together, and I'd come across one which had a name written on the underside of a wing: Tony.  I wondered if Tony was one of the prisoners.  I thought of the three local Air Force bases, White Sands Missile Range, the  Sandia National research Laboratories, and I thought of souls trapped in San Quentin dreaming of flight.  Are all of us waiting for the terrible plantings at Los Alamos, in a dreadful accident or in one of the swiftly developing moments of crisis looming in our future, to spring up from the earth, an inconceivable whirlwind we hope never to harvest?

Our shared future requires faith that whatever lays ahead, small gestures undertaken now – a folded message, a careful planting – are not lost.    The land here needs replanting, and it needs to be replanted now.  Joining in Beata's request, I urge all presented with the problem of today to find faith in the past as well as in hopes for a future, and above all in simple tasks at this moment that allow us to care for land.