On September 22, CODEPINK along with over 20 national and local organizations met with Representative Mark Pocan to discuss Redirecting Pentagon spending to pay for social programs including healthcare, green jobs, and infrastructure. 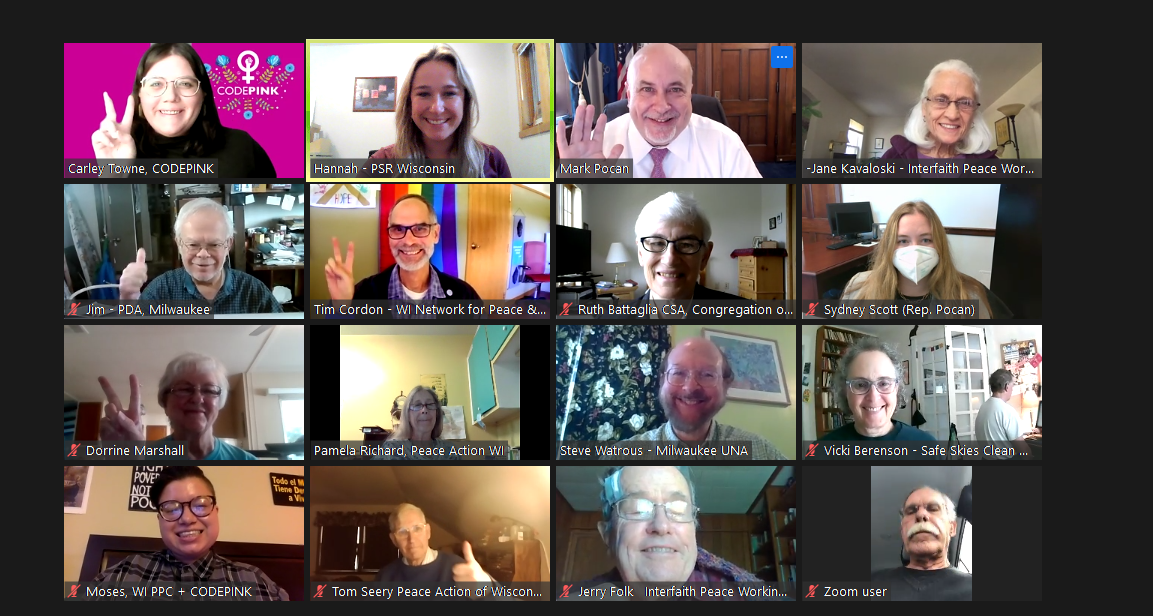 During the meeting, representatives from peace groups:

✅Asked Representative Mark Pocan to vote against any National Defense Authorization Act that did not cut Pentagon funding by 10%.

This discussion included important information about spending tradeoffs and the myth that Pentagon spending is the best way to create jobs. Attendees also discussed the monetary and human costs of the F-35 fighter jet program.

The meeting was a great success!

🎉Vote for legislation to cut the Pentagon budget by 10%

🎉Vote against the National Defense Authorization Act that fails to cut the Pentagon budget by 10%.

These important victories were only made possible because constituents and member groups organized a meeting with their representative. If you're interested in learning how to set up a meeting with your Congressional representative and receiving support from CODEPINK members, become a CODEPINK Congress liaison! Sign up here.

You can also reach out to your representative to ask them to support H. Res. 476 to cut the Pentagon budget by $350 billion!

The full list of Organizations that participated by signing  on to a letter to Representative Mark Pocan include: