Alarmed by the threat of a nuclear war between the U.S. and North Korea, concerned U.S. peace groups have come together to send an open message to Washington and Pyongyang that we are strongly opposed to any resumption of the horrific Korean War. What we want is a peace treaty to finally end the lingering Korean War!

Our goal is to collect thousands of signatures, and to publicize the People's Peace Treaty to the people in the U.S. as well as in the rest of the world. Please add your voice for peace by signing the People’s Peace Treaty with North Korea.

After you have signed, use the link you receive to post on social media and send out over email. We will track how many people sign up through your link. We need each of you to get at least 10 others to sign. The top five signature gatherers on this leaderboard will get a special gift from South Korea.

Deeply concerned with the increasing danger of the current military tensions and threats between the Governments of the United States and the Democratic People’s Republic of Korea (the DPRK, North Korea), which may re-ignite the horrendous fighting in the Korean War by design, mistake or accident;

Recalling that the United States currently possesses about 6,800 nuclear weapons, and has threatened the use of nuclear weapons against North Korea in the past, including the most recent threat made by the U.S. President in his terrifying speech to the United Nations (“totally destroy North Korea”);

Regretting that the U.S. Government has so far refused to negotiate a peace treaty to replace the temporary Korean War Armistice Agreement of 1953, although such a peace treaty has been proposed by the DPRK many times from 1974 on;

Convinced that ending the Korean War officially is an urgent, essential step for the establishment of enduring peace and mutual respect between the U.S. and the DPRK, as well as for the North Korean people’s full enjoyment of their basic human rights to life, peace and development – ending their long sufferings from the harsh economic sanctions imposed on them by the U.S. Government since 1950.

NOW, THEREFORE, as a Concerned Person of the United States of America (or on behalf of a civil society organization), I hereby sign this People’s Peace Treaty with North Korea, dated November 11, 2017, Armistice Day (also Veterans Day in the U.S.), and

1)  Declare to the world that the Korean War is over as far as I am concerned, and that I will live in “permanent peace and friendship” with the North Korean people (as promised in the 1882 U.S.-Korea Treaty of Peace, Amity, Commerce and Navigation that opened the diplomatic relations between the U.S. and Korea for the first time);

2)  Express my deep apology to the North Korean people for the U.S. Government’s long, cruel and unjust hostility against them, including the near total destruction of North Korea due to the heavy U.S. bombings during the Korean War;

3)  Urge Washington and Pyongyang to immediately stop their preemptive (or preventive) conventional/nuclear attack threats against each other and to sign the new UN Treaty on the Prohibition of Nuclear Weapons;

4)  Call upon the U.S. Government to stop its large-scale, joint war drills with the armed forces of the Republic of Korea (South Korea) and Japan, and commence a gradual withdrawal of the U.S. troops and weapons from South Korea;

5)  Call upon the U.S. Government to officially end the lingering and costly Korean War by concluding a peace treaty with the DPRK without further delay, to lift all sanctions against the country, and to join the 164 nations that have normal diplomatic relations with the DPRK;

6)  Pledge that I will do my best to end the Korean War, and to reach out to the North Korean people – in order to foster greater understanding, reconciliation and friendship. 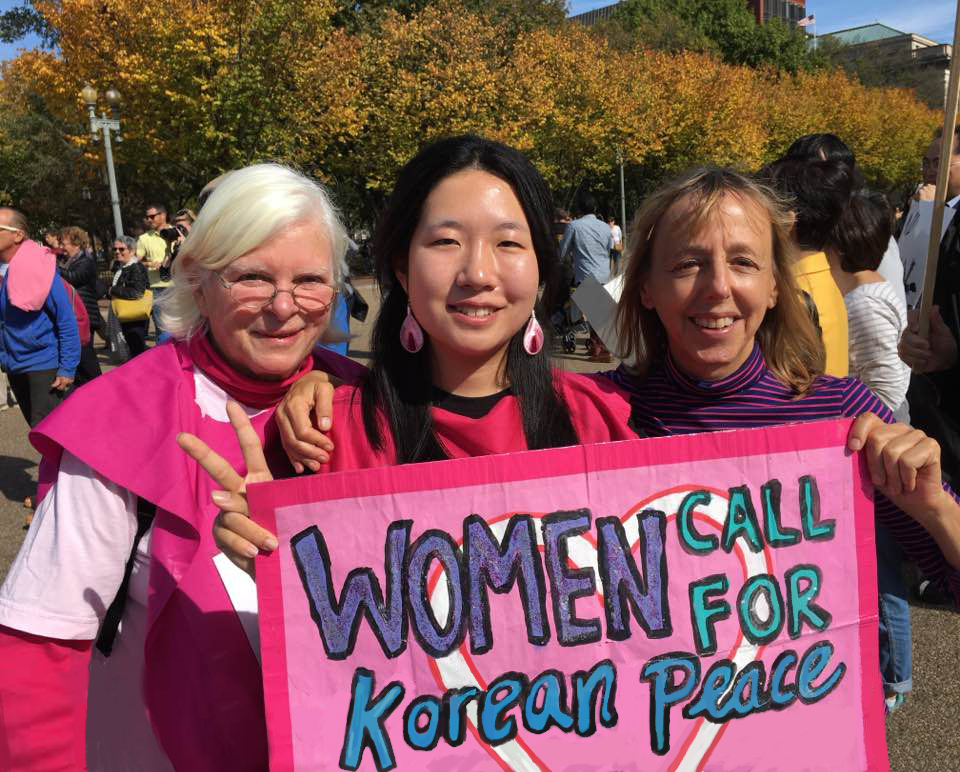