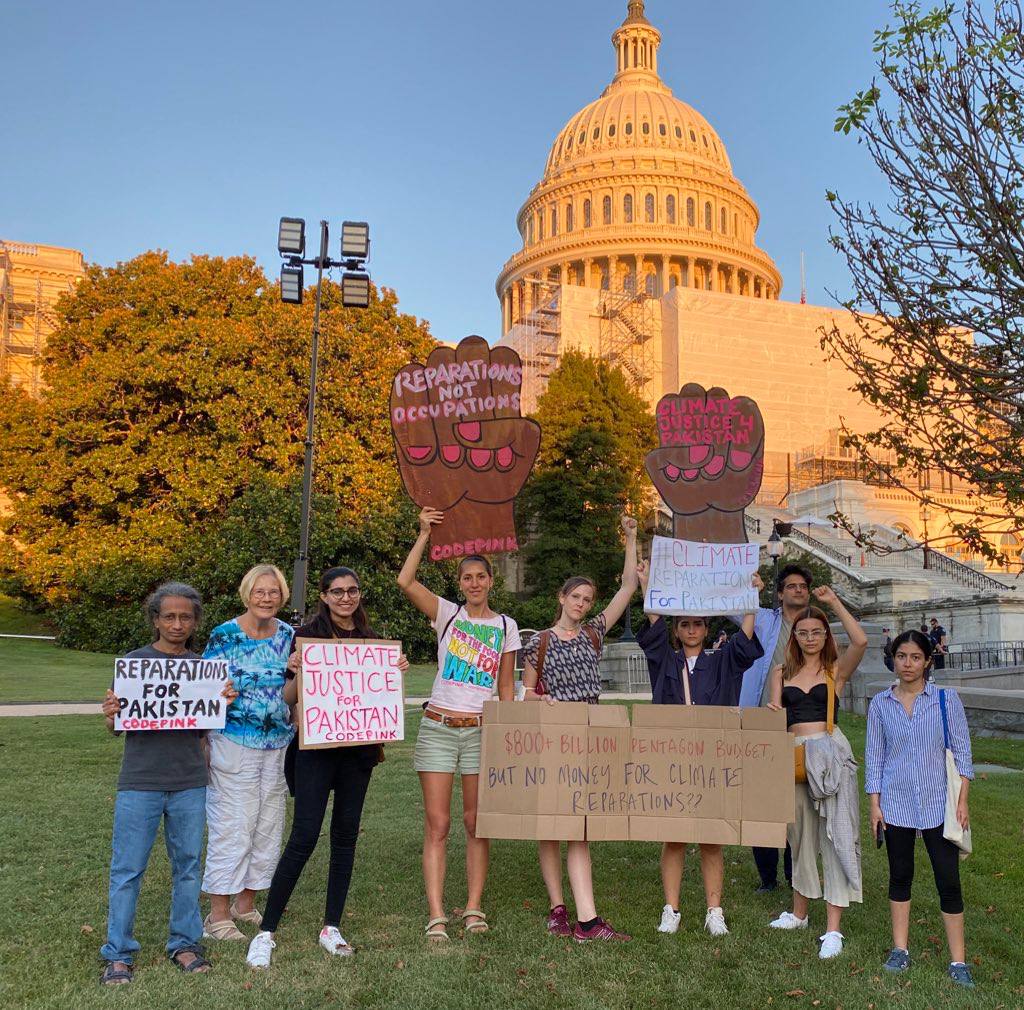 Researchers and students, organizers and activists gathered in front of the US Capitol in solidarity with Pakistan’s flood victims, joining in simultaneous solidarity actions in cities around the world calling for debt cancellation and climate reparations for the global South.

DC-based and national organizations including the Democratic Socialists of America (International Committee), CODEPINK, ShutDown DC, BOL Worker Owned, Bol Bookstore and others are responding to the call for solidarity to demand relief and reparations for the climate disaster unfolding in Pakistan. The organizers stressed the need to hold the United States and European countries accountable for the climate crisis. Pakistan is one of the countries least responsible for the climate crisis, yet is suffering the most.

Recent and recurrent floods inundated a third of Pakistan, destroying homes and land, killing thousands, and displacing tens of millions.. Activists all over the world are taking to the streets today in solidarity and rage against those responsible for this crisis.

The people of Pakistan have faced systematic dehumanization from colonial times to the global War on Terror, the international reporting on the disasters is episodic and shot through with pity and contempt, not historical context.

We are gathering to start a campaign to popularize the idea of climate reparation, starting with the abolition of IMF-World Bank debts on countries facing climate catastrophe. We would like to center Pakistan because of the gravity of the climate disasters taking place in the region, but our call is for all countries that are facing fossil-fueled climate disasters.

Professor Mubbashir Rizvi, co-founder of BOL DC’s first worker-owned bookstore, stated that the recurrent cycle of floods and glacier meltdown should be a wake-up call, the dystopian future is already here and requires a worldwide campaign for global climate justice, climate reparations and debt forgiveness to allow formerly colonized developing countries to invest in a sustainable future. 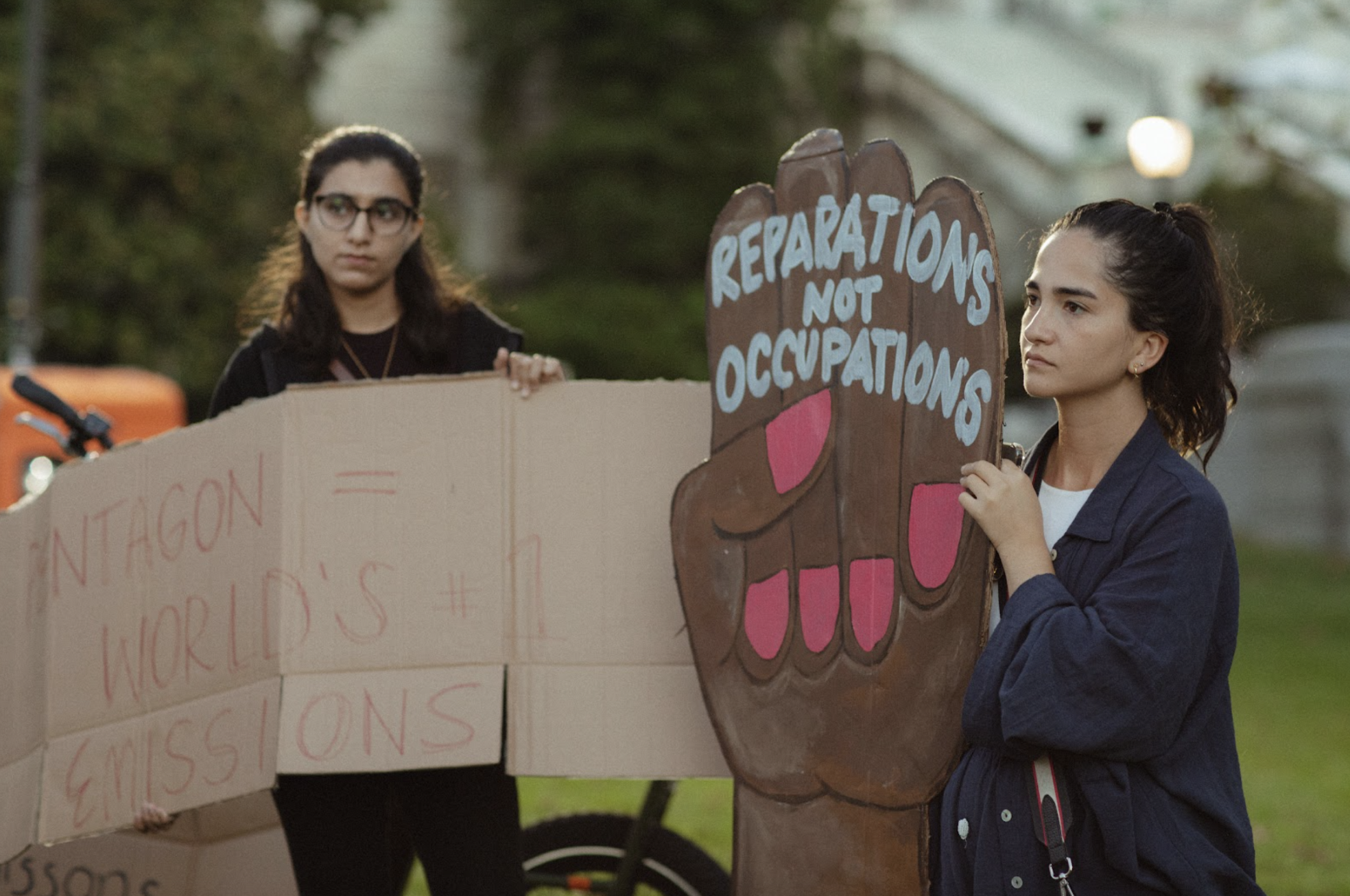 In the wake of the Queen’s demise and conversations about the British colonial legacy around the world, London School of Economics’s Professor of Sociology Dr Mahvish Ahmad stressed to the crowd in front of London’s World Bank building that this is about decolonization. “We are not here to beg, we are here to demand” climate reparations.

Greta Thunberg led a 4000 strong protest of youth today in Stockholm calling for climate justice. Demonstrations were also held in Tokyo, Cameroon, Democratic Republic of the Congo, Denmark, Germany, Portugal, Romania, Switzerland and elsewhere,drawing parallels between what frontliners in Pakistan are experiencing and the climate catastrophes experienced in different communities around the world, and running the hashtag #PakistanIsOurStory.

Pakistan is in the midst of an unprecedented climate catastrophe. In March, the country was thrown head first into heatwaves, combined with long power outages. June came with early monsoon rains. In July, the glacial caps bursting resulted in a flood wiping out a major bridge in Gilgit-Baltistan. In August, unprecedented floods hit like never before. These events not only herald the dystopian future that lies ahead, but also show that much of that future is already a reality today. 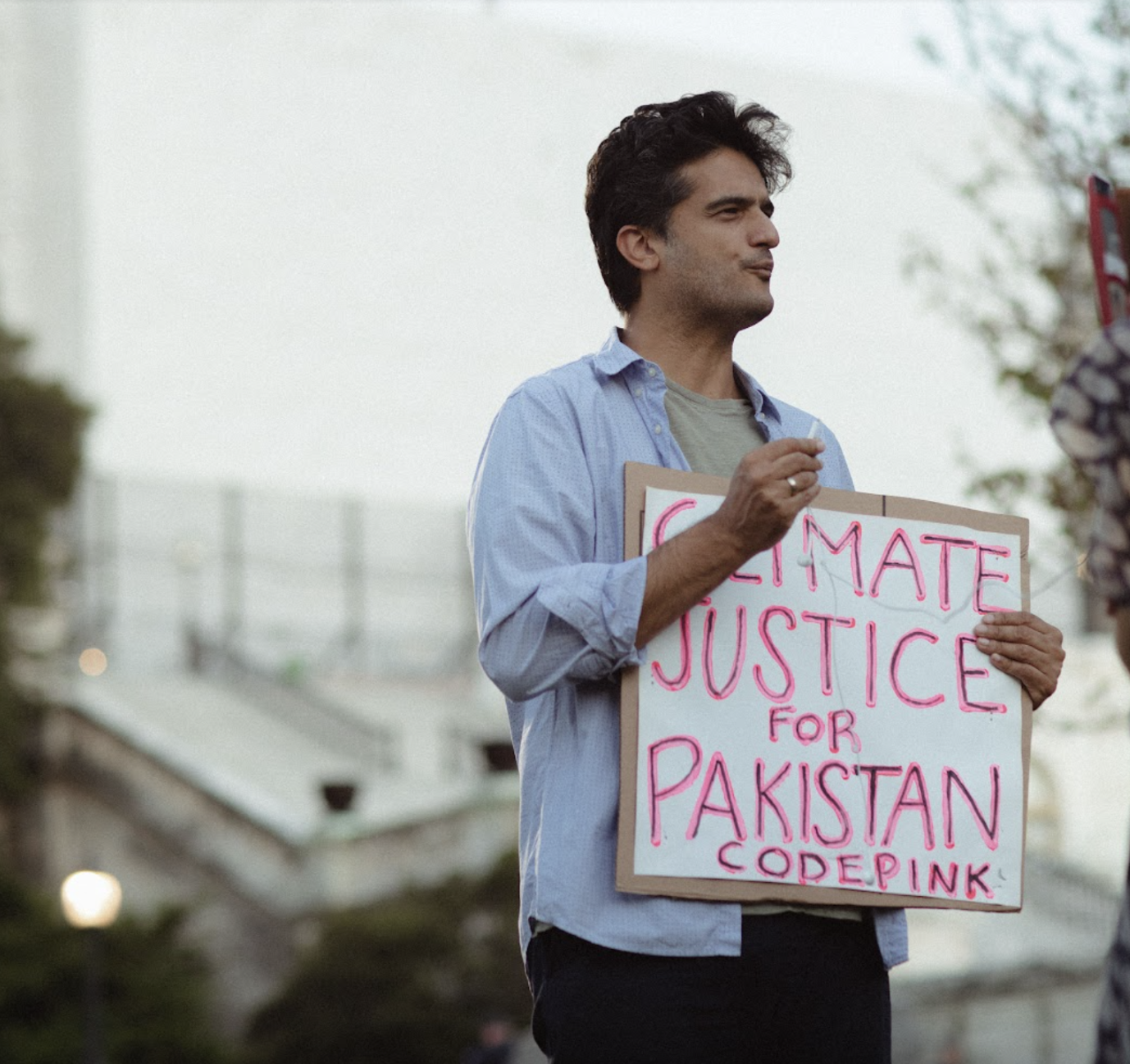 Over 2 million acres of Pakistan’s agricultural land and hundreds of thousands of livestock have been destroyed, triggering fears of massive food shortages in the coming months. At least 35 million people were displaced. Aisha Baloch from Fridays for Futures Balochistan points out that most of the affected regions belong to the most vulnerable and marginalized communities, such as in Balochistan, where the floods have increased the inequalities, lack of access to humanitarian support and repression.

“The Pakistani people have been paying the price for the U.S. ‘war on terror,’ which has cost over 70,000 Pakistani lives and $150 billion in economic losses, and while being responsible for less than one percent of the planet-warming gasses, the recent apocalyptic floods show that Pakistanis are also paying the price for the world’s biggest polluters. That’s why Pakistan urgently needs, and deserves, reparations.” Medea Benjamin, CODEPINK co-founder said. 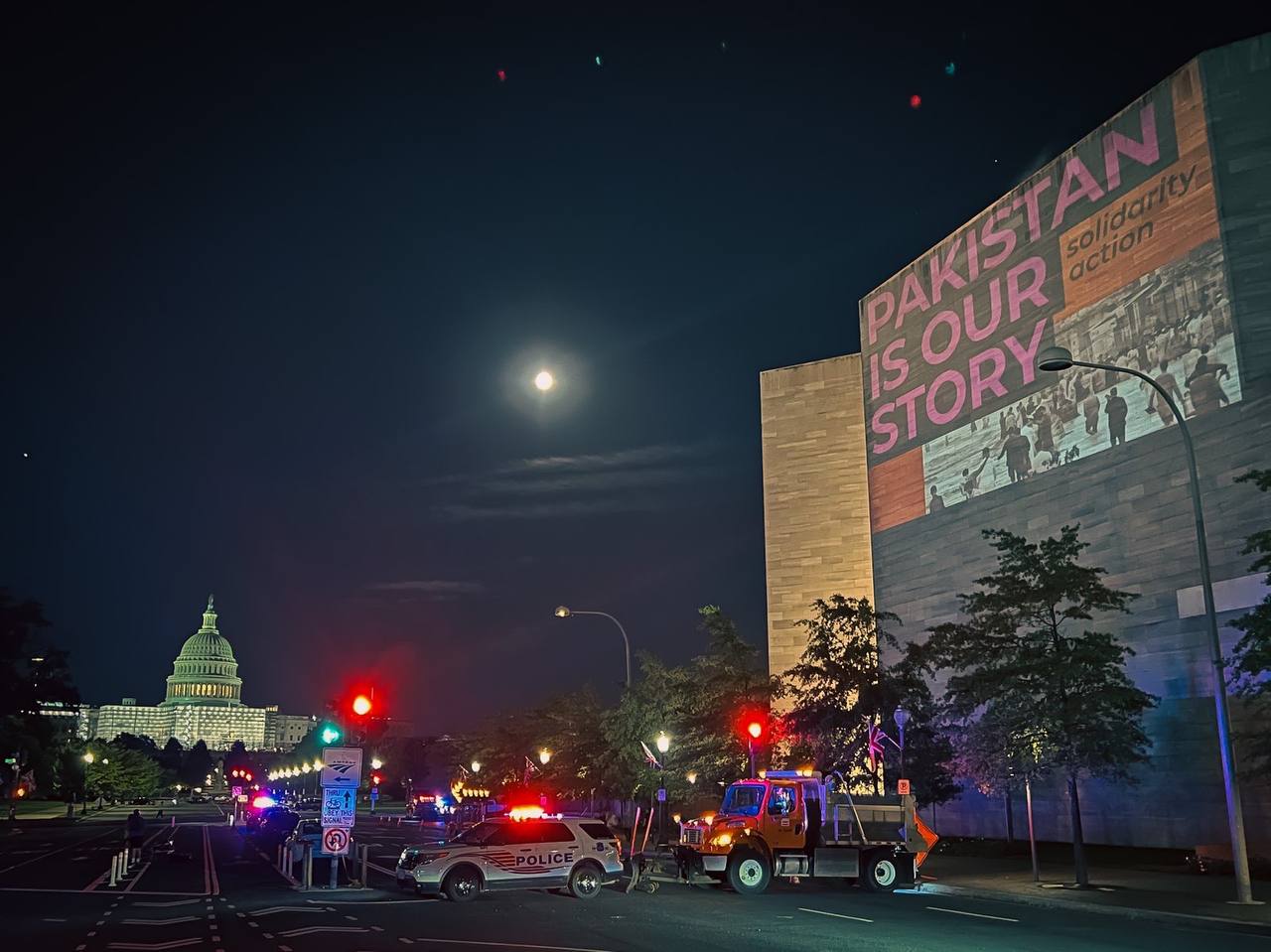 We collectively demand a rapid transition of the economy away from extractivist and polluting systems of production and exchange, and for climate reparations for the global South, starting with the unconditional cancellation of all external debts. We are holding solidarity actions around the world to amplify the call of climate affectees demanding #ClimateReparationsForPakistan

Under such a catastrophic situation, the role of international financial institutions, an integral component of the global North-led pillaging of the planet, becomes even more questionable. The IMF is pushing the country into a punitive program that demands draconian austerity measures and exorbitant taxes on working class people. According to the IMF, Pakistan’s external public debt is projected to reach $28.3 billion in 2022-23. These numbers will only increase as a result of the $10 billion in losses the country has already incurred and the enormous expenditures required for reconstruction and rehabilitation. In the current moment of floods, unemployment, hyper-inflation and huge costs of reconstruction, demands for austerity and higher taxation are nothing but an outright attack on life itself in Pakistan.

The #PakistanIsOurStory call to action affirms that it is time for society to hold the countries that have colonized and exploited and the companies profiting from climate destruction accountable for the ecological crisis and crimes against humanity they have caused.

Ammar Ali Jan, member of the Haqooq-e-Khalq Party in Pakistan, says “We call not only for flood relief, or even debt relief, but for reparations for Pakistan and the colonized world. We stand with the frontline communities all around the world who are bearing the brunt of a crisis not of their own making.”