Tell NYT To Call for a Pardon for Drone Whistleblower Daniel Hale! 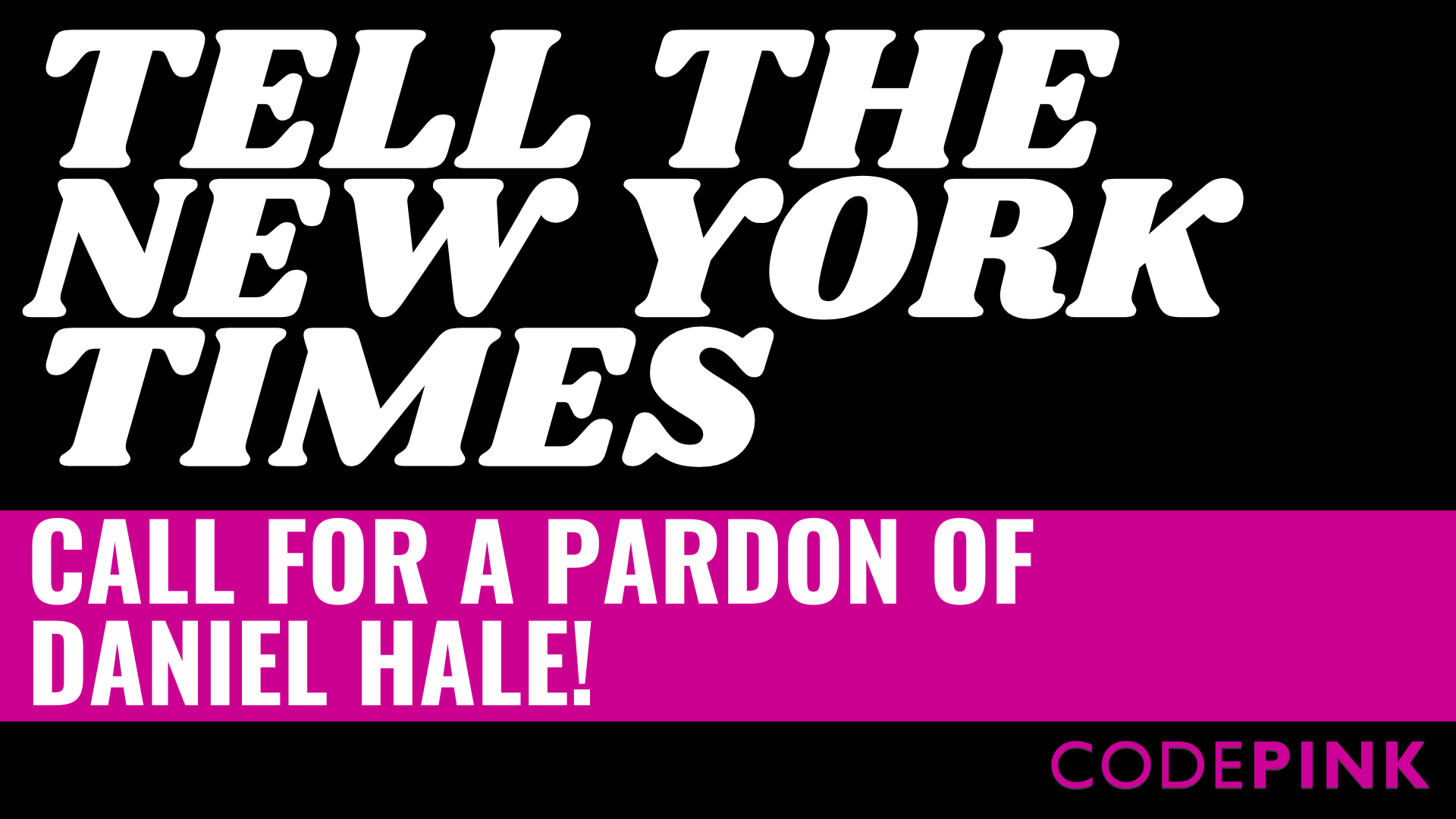 The New York Times recently came through with a display of reporting on drone warfare that should be commended. Drone whistleblower Daniel Hale joined the fight against drones years before the New York Times did, and was treated like a criminal for it. Tell NYT to call for the pardoning of Daniel Hale!

We, the undersigned, commend your recent courageous reporting on the U.S. drone program. The U.S. public deserves to know the injustices associated with U.S. airstrikes, and The New York Times reporting has helped lift the veil of secrecy.

In July, Daniel Hale, who helped The Intercept publish a similar report in 2015, was sentenced to almost four years in prison for leaking information to the outlet about the drone program. Daniel is now in a Communications Management Unit in Marion, Illinois serving out his sentence. His closest friends, along with Representative Ilhan Omar and over 11,000 activists around the country, are calling on President Biden to pardon him. We believe that The New York Times, now reporting on similar information, should call for Daniel's pardon as well.

While the courts have ruled that a defendant’s motive in a case related to the Espionage Act is irrelevant, we recognize that Daniel’s motive—similar to the NYT reporting—was only to provide the American people with information about government misconduct. We believe that rather than harm our country, Daniel’s revelations actually enhanced our democracy by providing critical information about what our government has been doing in our name. We also believe that Daniel’s revelations help push our government to reassess its drone program in light of its violations of US and international law.

Please join us in calling for the pardoning of whistleblower Daniel Hale. And thank you, once again, for your impressive reporting on the human costs of U.S. air strikes.