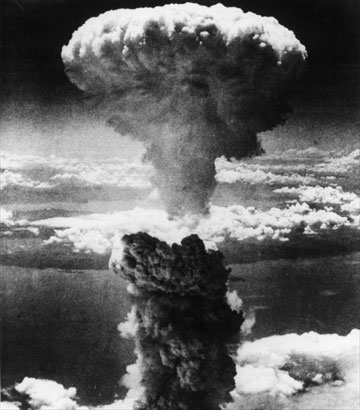 What do 20-somethings think when they think of "nuclear weapons"? Most I know, myself included, think of random cultural references like old black-and-white mushroom cloud videos,  zany '80s sci-fi flicks, maybe our high school English readings of "Brave New World" or G.W.'s infamous mispronunciation. Even though it's still a hot topic on the international stage -- a la Obama's meeting last week in Moscow with Russian President Dmitry Medvedev about reducing nuclear weapons worldwide -- it seems most of us spend little time stressing about anything atomic.

So it's tough to swallow that the threat of devastating nuclear attack somewhere in the world looms large as long as states continue to produce nuclear weapons -- the United States included. A huge movement of people have been working in waves since the '50s to prevent nuclear war and pressure the U.S. government to dismantle its nuclear systems.

Alice Slater, of CODEPINK NYC, has been a leader in the anti-nuclear movement and now serves as the New York director of the Nuclear Peace Age Foundation and a co-founder of Abolition 2000. She just penned this great piece for CounterPunch critiquing Obama's meeting with Medvedev and the challenge of changing the nuclear paradigm.