Oppose Victoria Nuland for undersecretary of state for political affairs! 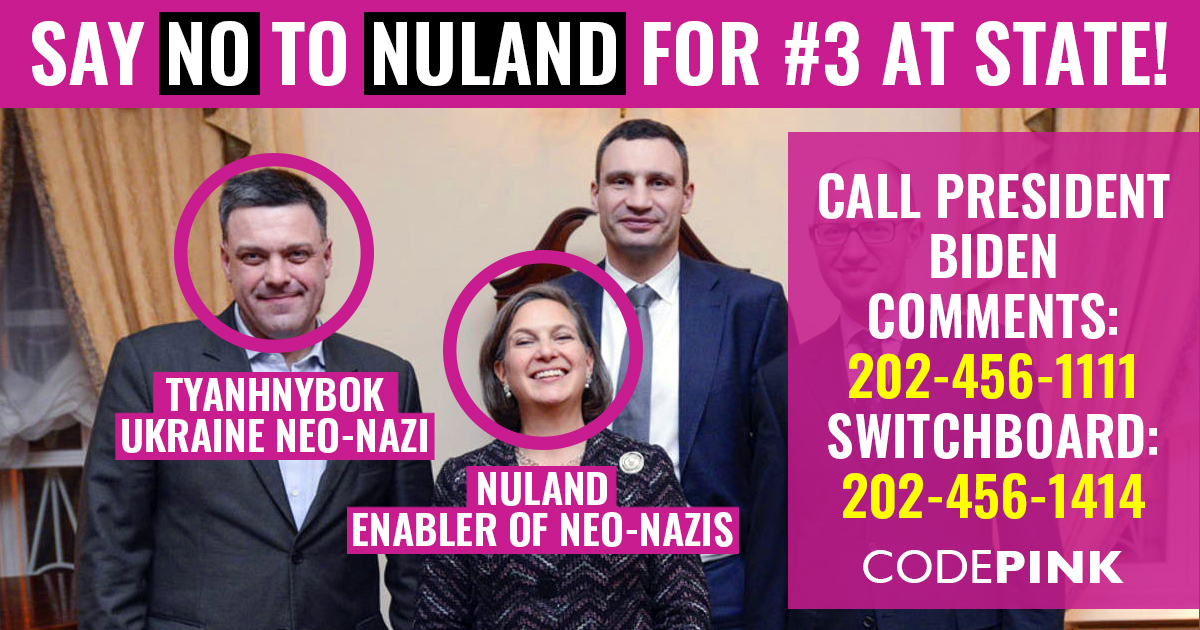 Who is Victoria Nuland?

Victoria Nuland is Biden's pick for undersecretary of state for political affairs, the #3 position in the State Department. Throughout her career, she has supported the invasion of Iraq, damaged US-Russia relations, and contributed to violence in Ukraine.

Draft script for calling and emailing congresspeople:
(Please improvise and speak from the heart)

Hi, my name is ____________ and I’m calling from zip code _____ to urge you to oppose the appointment of Victoria Nuland for undersecretary of state for political affairs. Throughout her career, Nuland has repeatedly chosen violence, especially in Russia and Ukraine. I worry that US-Russia relations will be even further damaged under her leadership, leading to even more avoidable violence in the future. Please choose peace and diplomacy and oppose her appointment to the State Department. Thank you.