Love Letter From Kabul to Okinawa: The Outrageous Abolition of War 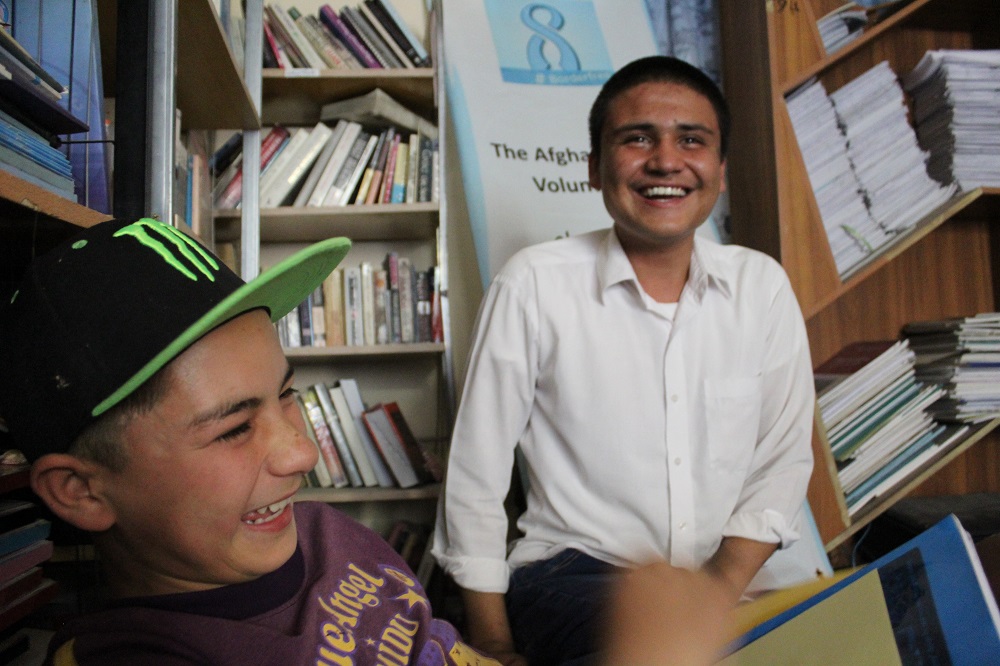 Inaam (left), Habib (right) and I (photographer) sharing a good laugh at the Borderfree Nonviolence Community Centre in Kabul

I decided to write this ninth love letter especially to Inaam, the 21stcentury generations of the world and the people of Okinawa because of three personal reasons.

I miss having the wonderful energies of 15-year-old Inaam at the Borderfree Nonviolence Community Centre. Inaam has to polish boots in the streets of Kabul to supplement his family’s income and to survive today’s terrible economic system.

I also wish that the vision and work of abolishing war had been “attractive” enough to keep Inaam in the Abolish War Team beyond three weeks. Inaam, born at the turn of the 21stcentury, deserves to live in a world without war.

I write to the courageous and kind Okinawans because though Japanese soldiers killed my grandfather in World War II, the people of Okinawa and Japan are healing my father through their nonviolent resistance.

Dear Inaam, the 21stcentury generations of the world and the people of Okinawa,

I wish I didn’t hear you say to me, “Hakim, I think that war will never be abolished.” Have we greedy adults made it so very difficult for you to picture a humanity without war?

I know that deep down inside, you want war to disappear forever. I can see this wish on your face in the photo I took in 2015, for the Afghan Peace Volunteer’s #Enough! War campaign. 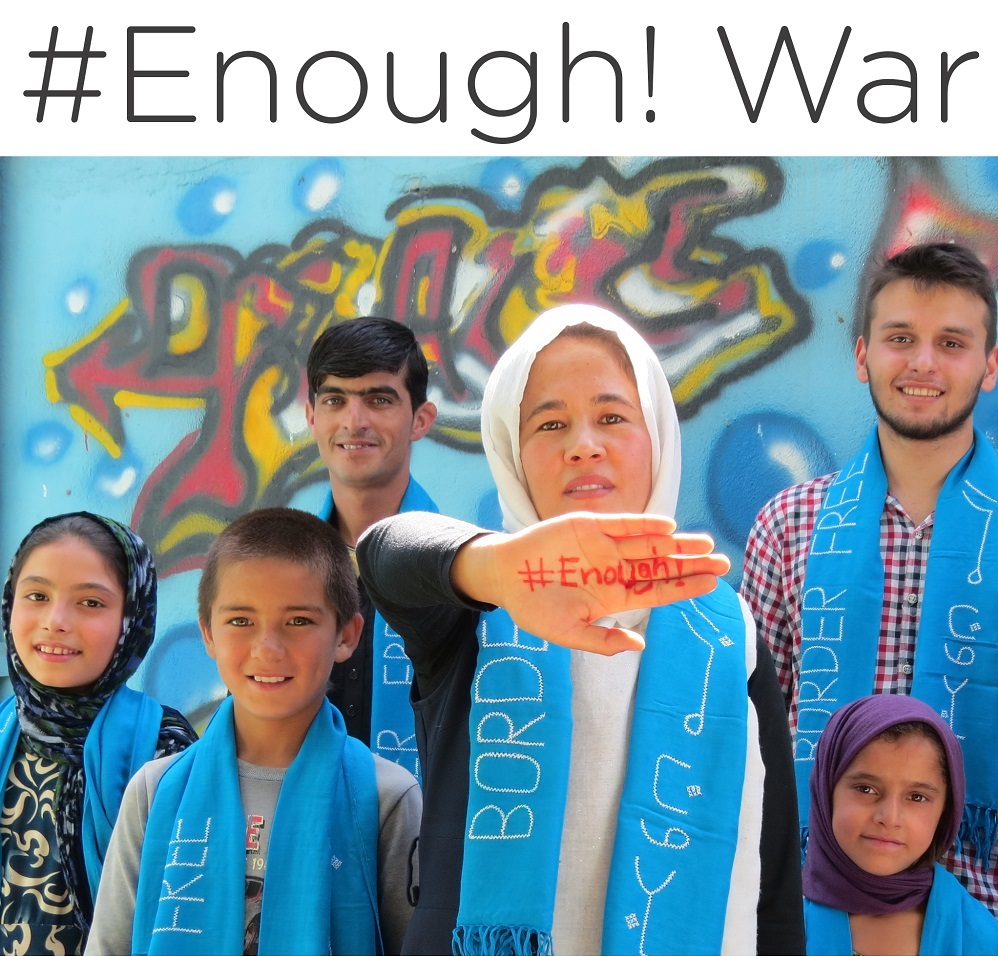 In 1945, the UN Charter had committed “to save succeeding generations from the scourge of war, which twice in our lifetime has brought untold sorrow to mankind”.

I’m sorry that the UN and our human family have continued to inflict on you “untold sorrow”.

But I believe in you and your generation! 16-year-old Swedish student Greta Thurnberg is your peer, and she demonstrated the same wisdom you have when she said, "Today we use 100 million barrels of oil every day. There are no politics to change that. There are no rules to keep that oil in the ground, so we can't save the world by playing by the rules because the rules have to change. Everything needs to change and it has to start today."

I wish Greta had said this about the obsolete and ineffective method of war too, but she didn’t.

There is no politician currently in office who has proposed laws to ban war. I had hoped that Bernie Sanders in the US and Jeremy Corbyn in the UK would, but they haven’t.

With your reason and compassion, you see through all the current peace negotiators of the Afghan conflict: beneath their emperor’s clothes, you see that they are naked war executioners.

When the world imagines that these peace negotiators/war executioners will negotiate for genuine peace, the world is fantasizing that the US military-christened Hellfire missiles, costing about US$58,000 each, or the extremists’ opposing suicide bombing vests, costing much less, can usher heaven into Afghanistan.

Even if you could cast an under-age vote in this July’s scheduled Afghan Presidential elections, none of the 18 candidates will abolish war. Yes, to gain votes, they will all parrot the rhetoric that they wish to end the Afghan war, but none of them will abolish the method of war.

It was only years after his political career, in 2017, that former President of USSR Mikhail Gorbachev wrote,“In modern world, wars must be outlawed, because none of the global problems we are facing can be resolved by war — not poverty, nor the environment, migration, population growth, or shortages of resources.” Gorbachev understands the real political risk of humankind annihilating herself through nuclear warfare.

Inaam, as a war child, you understand by experience that there are also no politics today to abolish war. Together with the Gretas and youth of the world, build the necessary new politics.

You’ve seen how the Afghan Peace Volunteers are organized without a Director, so if the new politics needs to be one without a President, a CEO or a Prime Minister, go for it! And, don’t worry about all the various mis-used and bombastic political terms. Go for nonviolent liberty, equality and fraternity. As the late French diplomat Stephane Hessel wrote about nonviolent resistance when he was 93, “Indignez vous. Time for Outrage!”

Also, to practice magnanimity through life, you and I must exercise timeless patience while working our butts off.

I mean, it was way back in the 1930s that British engineer Guy Stewart Callendar calculated that a doubling of CO2 in the Earth’s atmosphere could warm the Earth by 2 degrees Celsius. It has taken 90 years to reach today’s level of climate activism, and despite this, we still have people like Trump who denies climate change.

Or like with the abolition of slavery. The Qin Dynasty of China abolished slavery in 221 BC and Pope Paul III forbade slavery of the indigenous peoples of the Americas in 1537. Niger made slavery a crime only in 2003! So, the human family’s struggle against slavery took more than 2000 years, and even today, modern slavery still exists, like with the child brick-layers of Afghanistan.

History’s gradual but seismic changes happened when different individuals and societies took decisive actions at different times and ages. We can each bethose channels of change: get the scientific results of war out there, use your shrill and growing voice, demand for laws to ban war, divest from the military industrial complex, don’t join the military corporations, persuade your soldier-brother to be a conscientious objector, prohibit all weapons,make military generals very unpopular just as the CUNY undergraduates did, refuse to cooperate for war like some Googleand Microsoftstaff did, replace every war method with a thousand nonviolent methods, turn soldiers into pacifist mediators…

Am I asking too much of the 15-year-old you?

You see, I want so much for you to have a meaningful and gorgeous life, and to have enough friends, friends even with those considered “enemies”.

My father had considered my Japanese friend Eitaro Oka an “enemy”, because Japanese soldiers who had occupied Singapore in 1942 killed his father. It was World War II.

But, when Eitaro visited me in Singapore years ago, my father and mother hosted him. The first thing Eitaro said to my father was, “I want to ask you for forgiveness, for the killing of your father.” My father inspired me with his reply, “You were not the one who killed my father. Please enjoy the meal, a special Singaporean dish called Hainanese Chicken Rice prepared by my wife.” 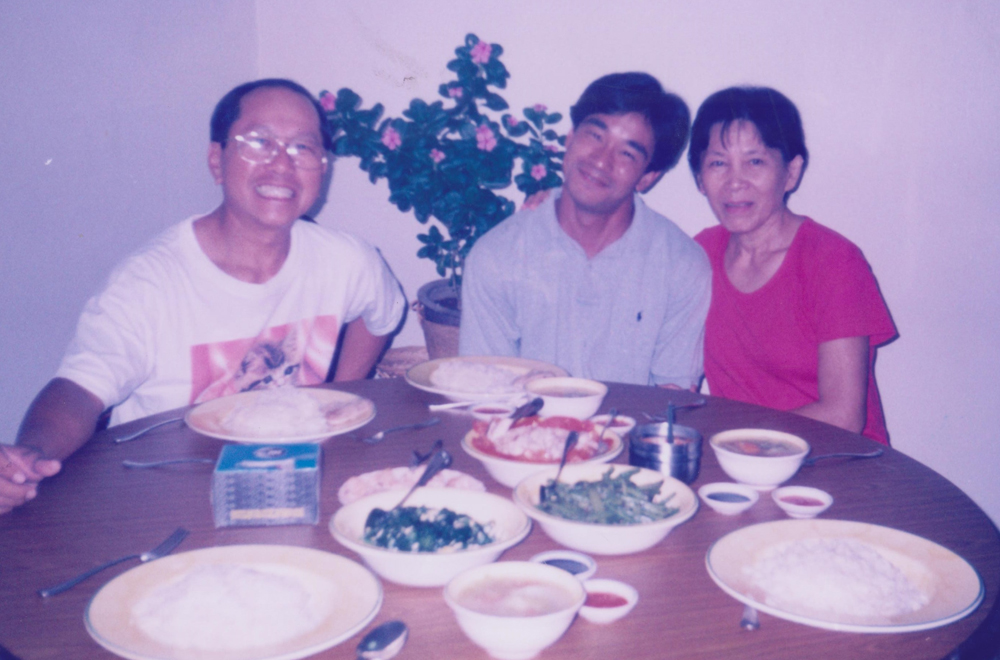 Eitaro (centre) with my parents in Singapore

When I joined a group of Japanese peace activists in Okinawa three years ago, an elderly Japanese monk stood before officials in the local office of Japan’s Ministry of Defense, and asked me for forgiveness! He pleaded against the presence of US military bases in Okinawa. This kind monk had covered his bald head with the Borderfree Blue Scarf of the Afghan Peace Volunteers! 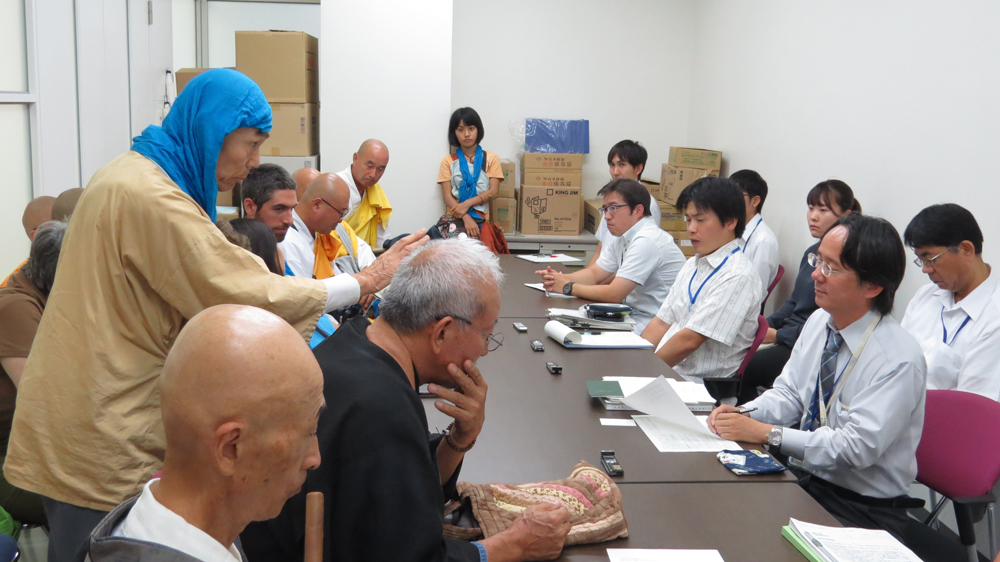 he kind monk (left, standing) and Yuichi ( centre, standing ) with other Japanese activists in an office of Okinawa’s Ministry of Defense.

Many young Japanese like Yuchi, Sara and Kamoshita are resisting the re-militarization of Japan. Their current Prime Minister, Shinzo Abe, is regrettably addicted to military prowess, and wants to amend the Japanese constitution to enable the re-establishment of a Japanese army. Shinzo is a human being who is sold-out to money and power, and not very sound, as he has even nominated US President Trump for the Nobel Peace Prize! 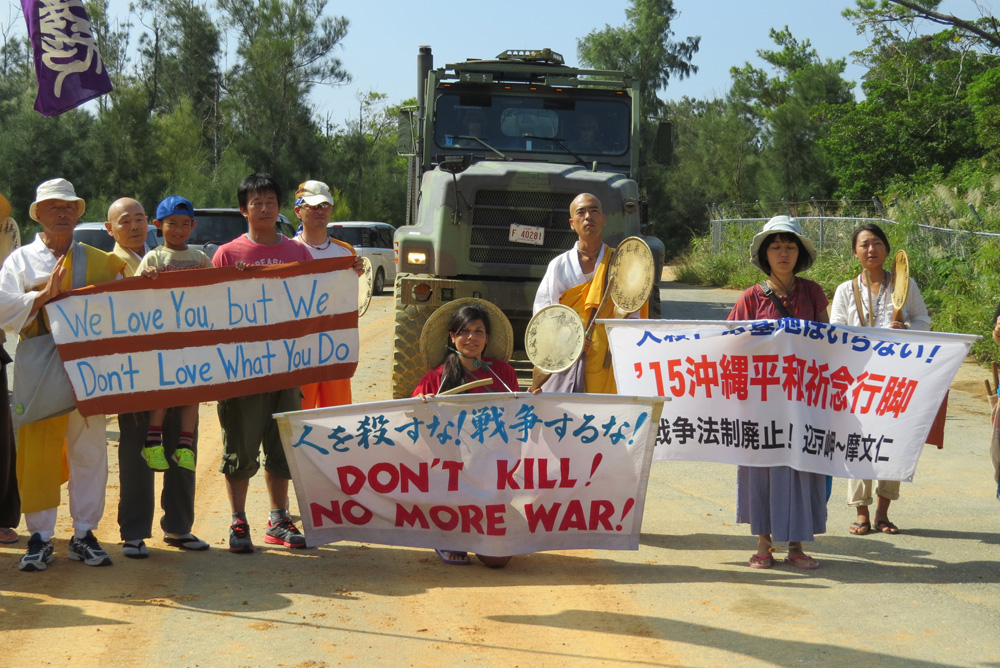 Sara, Yuichi and Kamoshita ( first, second and third from right) with other activists.

Kamoshita and Sara had wanted to visit us in Kabul this winter, but Kamoshita emailed me, “I am sorry to late reply. I can't travel to Afghanistan this time. I couldn't persuade my family…They worry me to go.”

Not only are Japanese activists working to abolish war. Many ordinary Japanese are resisting the heavy killer machinery too.

In fact, in a February 2019 Okinawa referendum, 72% of Okinawan voters opposed the construction of a new US military base to replace an existing one.Most Okinawans don’t want US military bases on their peaceful and beautiful island.

You’ll also be encouraged to know that Masoma, Habib and new members of the Afghan Peace Volunteers had sent Kamoshita, Sara and Okinawans a video message of solidarity.

Ordinary Japanese link hands in protest, at the gate of a US military base in Okinawa (insert)

saying, “No to US military bases in Okinawa and Afghanistan!”

So, dear Inaam, remember how you told me that the current education system is not teaching you anything useful? You’re right. I’m sure that you can educate yourself better than the schools, especially in the knowledge, values and skills needed to build a better world.

We have on many occasions talked about true education: thinking and feeling deeply, freeing ourselves from the control of money, questioning all power, changing the culture of war within us. In relational learning, we connect all the dots and love like everyone and everything in the world is related.

Our lives are brief, but as long as I have opportunity, I’ll walk with you.

Dr Hakim, ( Dr. Teck Young, Wee ) is a medical doctor from Singapore who has done humanitarian and social enterprise work in Afghanistan for more than 10 years, including being a mentor to the Afghan Peace Volunteers, an inter-ethnic group of young Afghans dedicated to building non-violent alternatives to war.He is the 2012 recipient of the International Pfeffer Peace Prize and the 2017 recipient of the Singapore Medical Association Merit Award for contributions in social service to communities.