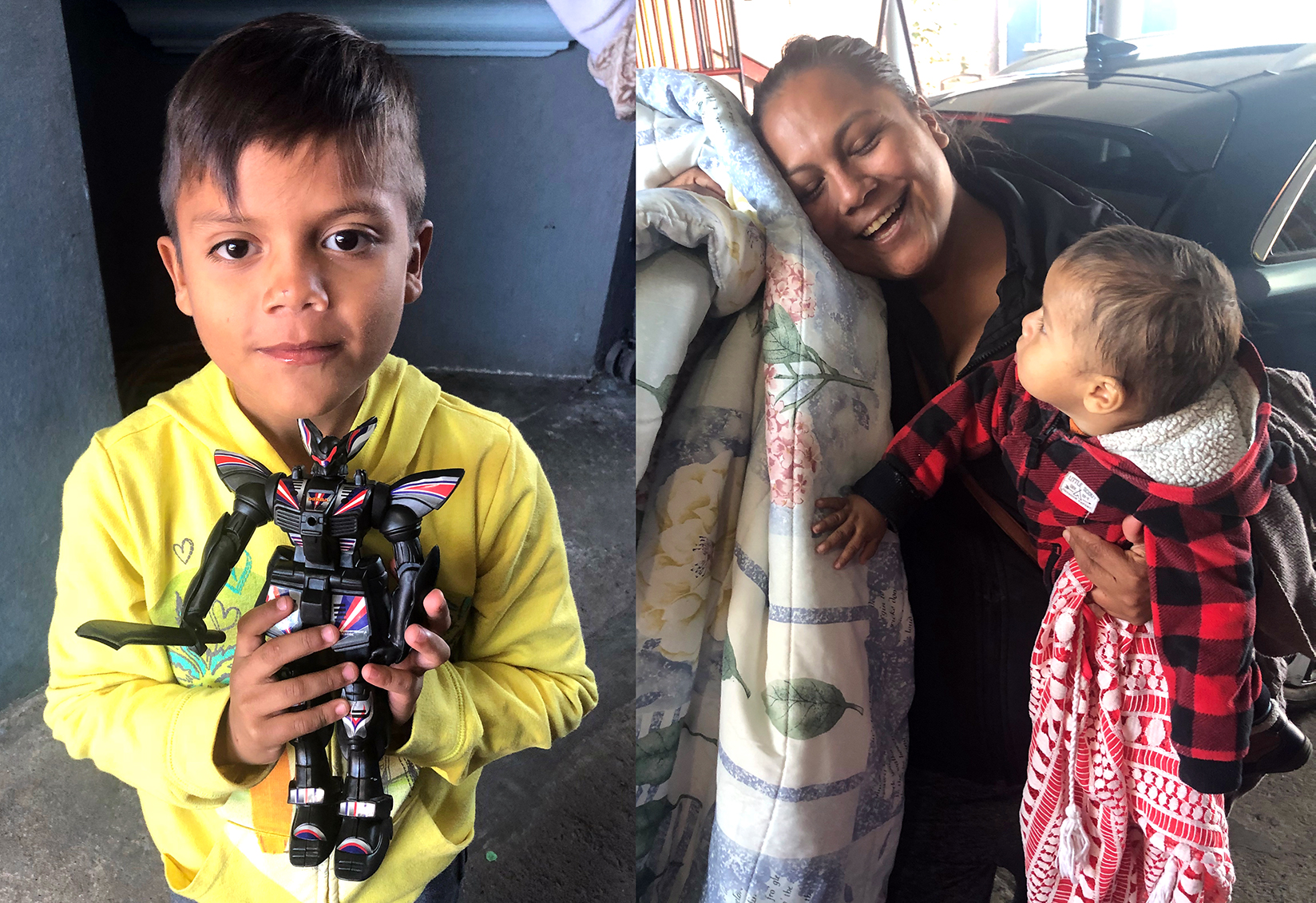 The simple moments in Tijuana.

We had a nice drive down to Say Ysidro where we met Jodie, Patricia, Ann and Christopher and witnessed the generosity of our neighbors — lots of new plush blankets and packages of new socks and undies.  While some of us went to buy car insurance for Mexico, we sorted the items out and decided that blankets and socks/shoes were most needed. 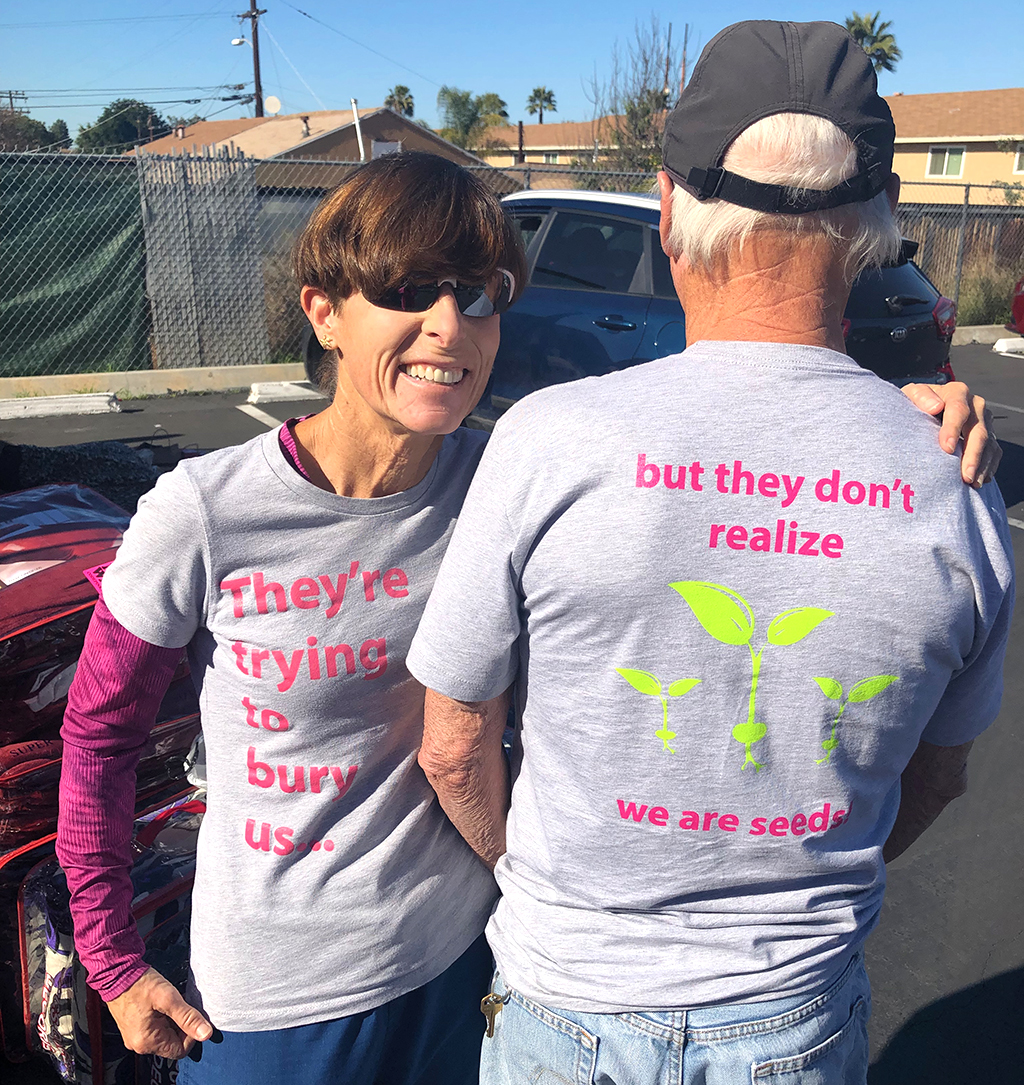 We unwrapped the blankets so we wouldn’t appear to be selling items there, packed up 4 carloads and left Christopher to watch the truck and continue sorting items. We crossed the border and met up at the Enclave (an eclectic vegan restaurant that doubles as a social center on a walk street) and we met volunteers from Antelope Valley!

Translators and local coordinators then determined where our goods were most needed (it turned out men’s clothing were in demand) and we were assigned to Ejército de Salvación – the Mexican equivalent of the Salvation Army.  A guide, Monica, was assigned to us and she made the driving to our destination easy. 5 polite men eagerly helped us to bring everything into the Salvation Army and we got a tour of the mostly empty facility (everyone is expected to be out working).

One man was resting before getting dinner ready, another was doing laundry (one washer and one dryer for 135 people/night) and a guy in a wheelchair who’d recently had a plate and screws put in for a broken ankle was talking to a friend.

We saw rooms with many bunk beds for those recently deported. The men have 1-2 days to figure out if they want to 1) stay and work —mostly volunteer, 2) work on getting to their town/country of origin, or 3) try to go back to the US.  There were many cots stacked; after dinner, they are put into the dining area and the men sleep on them next to one another. “Our” Ejército de Salvación is only for men. There is another one close by for women and children.

I was impressed how clean it was — the bunk beds were neatly made and the floors were clean. The bunk beds with luggage on them belong to the men who are working in Tijuana.

There’s been a recent construction of a health center: There is an office for medical, social and psychological services, all to open in January. We were told that the men suffer a lot from depression. Our tour guide mentioned that some men have lived in the United States for a long time, some for 30 years, and are now deported… When asked, he told us that the situation was the same under Obama.  He also mentioned that the new Mexican President has cut funding for the Ejército de Salvación. They want to build another dorm and already have all the material, but they need $4,000 for the labor costs….

We then drove back to the Enclave to drop off Monica and went to cross over the border. We thought we were lucky because the estimated time was only 1 hour 24 minutes.  However, we entered the twilight zone - even though we steadily inched forward, the estimated time was always the same and our arrival time to meet back with Christopher in San Ysidro kept getting later and later!

We drove with Christopher to LA, while Jodie et al loaded up in the darkness and drove back to Tijuana.