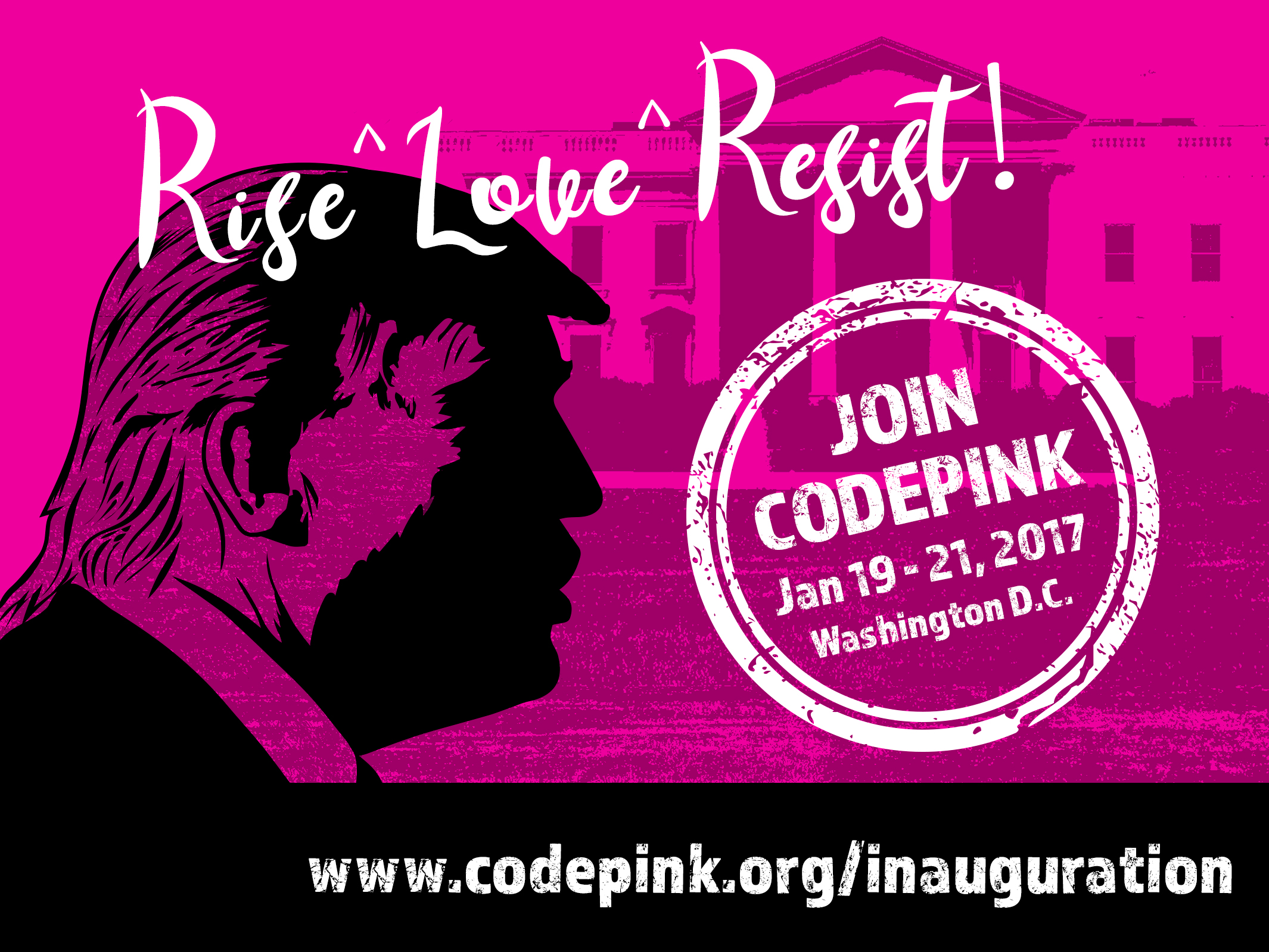 On January 20th, Donald J. Trump will be sworn in as the 45th president of the United States. CODEPINK will be there to set an example of how we can shine light even as our country enters a time of darkness. On January 19th, we will be at the Peace Ball, celebrating the accomplishments we have made during the past four years, and vowing with our partners to continue to be the change we want to see in the world. On January 20th, we will spend the day raising beautiful trouble during Trump’s inauguration activities. We will hold hearts, dance with One Billion Rising, and raise our voices for bridges not walls, love not hate, and peace not war. On January 21st, we will participate in the Women’s March on Washington.

Join us in Washington DC to rise, love, and resist during inauguration!

As Trump takes office, he will be given the nuclear codes. In preparation for that, we are asking President Obama to take the US nuclear arsenal off hair-trigger alert. Taking the nuclear codes off hair-trigger alert will create a barrier to Trump being able to set them off in the middle of the night without any vote, check, or serious deliberation.

Sign the petition to ask Obama to take the US nuclear arsenal off hair-trigger alert and join us in Washington DC to rise, love, and resist Trump and his incoming administration of climate change deniers, war makers, and wall builders.

CODEPINK began in 2002 as a grassroots effort to prevent the US war on Iraq. Since then, we have worked day and night to hold war criminals accountable, support whistleblowers, close Guantanamo, end drone warfare, break the US-Saudi connection, free Palestine, and so much more. As Trump takes office, we will be there to counter hate with love and grow peace around the world. Join us!

Towards a peaceful future!