On my 21st birthday last year, like so many other people my age, I went to Las Vegas. Blown away by the beauty and history of casinos such as the Sands and the Venetian, I couldn’t help but think that I was ready to go back the second after I had left. That was until yesterday, when I learned that these hotels carry with them a dark secret: they are owned by Sheldon Adelson.

Sheldon Adelson is a 78-year-old billionaire that openly brags he would be willing to donate up to $100 million to Mitt Romney’s presidential campaign in order for him to beat Obama. To add to that, he has also recently aligned with the Koch brothers, t 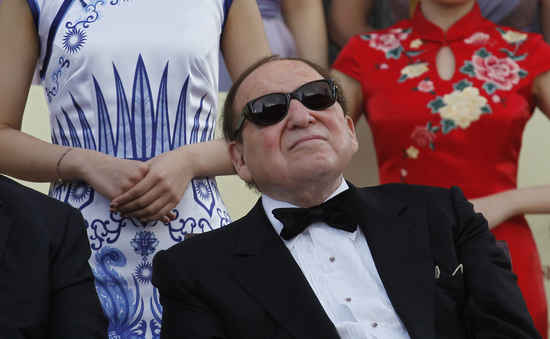 he oil and gas billionaires that have so generously funded the Tea Party, various super PACs, and tax-exempt organizations. In January, Adelson and his wife gave $10 million to Newt Gingrich’s super PAC, due to Gingrich’s support of the Israeli occupation in Palestine. Most recently, Adelson has been accused of approving and even promoting prostitution at his casino properties in China.

In other words, instead of using his money to support a good cause, like education, it is being funneled into harmful and controversial practices. With background knowledge like this, how could I ever return to these casinos backed by dirty money? The answer is simple: I won’t. The Sands and the Venetian will remain tainted in my mind. From now on, I will be bringing my money elsewhere and doing a whole lot more research on what I am investing in the next time I go. Goodbye Las Vegas Sands, so long The Venetian, and good riddance to you both!

On a side note: Unfortunately, the highest stakes gambling isn’t taking place in the casinos, but rather on US foreign policy. With the ever-increasing presence of drones, or unmanned aerial vehicles, the nature of warfare is constantly changing for the worse. To learn more about these deadly weapons and what you can do to stop their use, Medea Benjamin will be in Las Vegas from August 5-7 discussing her new book Drone Warfare: Killing by Remote Control. Join her and show your support for ending drone warfare, but remember not to go near Adelson’s hotels!