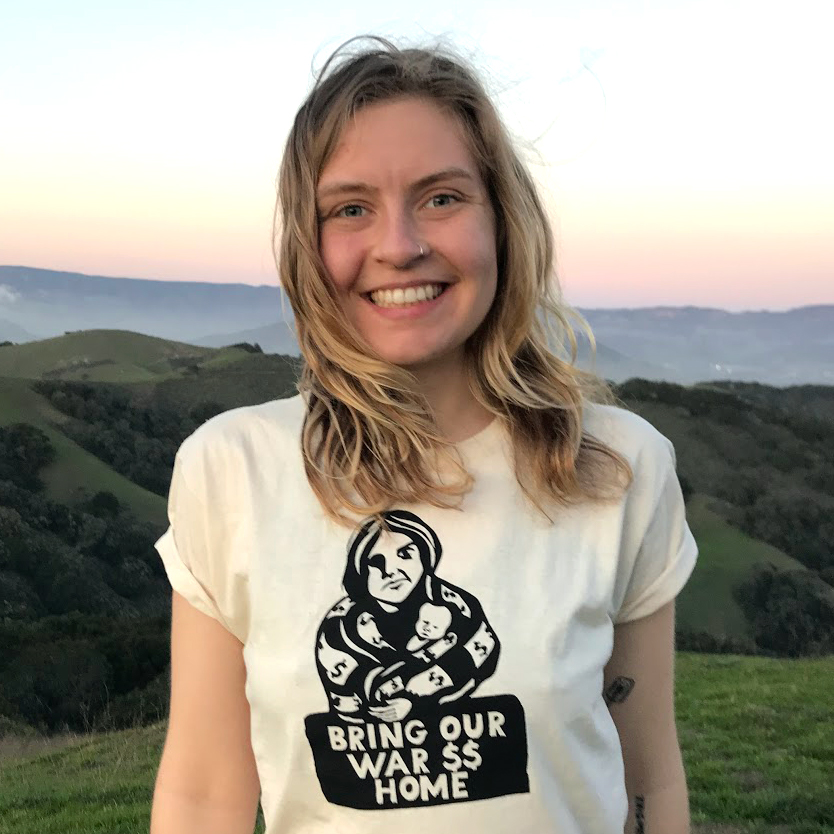 Kelsey Zazanis is CODEPINK’s Divest from the War Machine campaigner.

Since graduating from Cal Poly with a degree in Anthropology and Geography, Kelsey has been working as an organizer on the Divest from the War Machine campaign.

Kelsey first got involved with CODEPINK when Cal Poly launched a university investigation into her and other students advocating for divestment. Now she pulls from her experience to support other activists in divesting their universities and cities from the war economy. She is based in San Luis Obispo, CA.