How the War Industry Corrupts the U.S. Congress 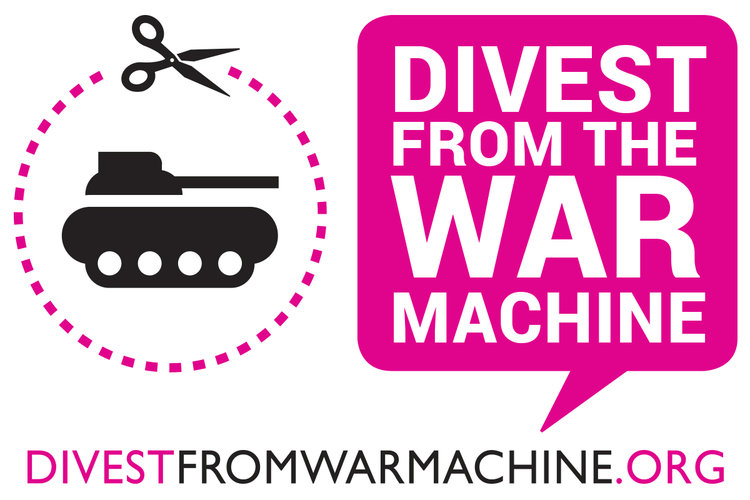 Former President Jimmy Carter has called U.S. politics a system of “legalized bribery” in which powerful interests spend billions of dollars on lobbying and campaign funding to ensure that members of Congress pay more attention to them than to the general public. With the upcoming midterm elections, we will see the full force of this tsunami of cash washing over our electoral system.

The human cost of this corrupt system has been searingly rammed home since the Parkland school shooting, as grieving high school students determined to curb America’s gun violence have found themselves in a pitched battle with the “gun lobby,” led by the National Rifle Association (NRA), one of the most entrenched and powerful interest groups in the country.

The gun lobby has already spent over $12 million on lobbying and given at least $1.1 million to members of Congress in this election cycle, 98% of it to Republicans.  The gun lobby also wields power over Democrats through lobbying and public relations, and the threat of targeting individual Democrats who take a public stand for gun control.

But what about the even greater violence of America’s wars and the record military budget that makes them possible?  U.S. weapons makers spend far more money on lobbying and campaign contributions than the domestic gun lobby: $162 million on lobbying and tens of millions in direct funding for members of Congress so far in the 2017-18 election cycle.

There is a strong correlation between campaign contributions from the companies that build America’s warships, tanks and warplanes, and critical votes in Congress to keep the guns firing, the missiles flying, the bombs falling and the cash flowing to the military-industrial complex.

When an evenly-divided Senate voted toconfirm Gina Haspel as CIA Director, six Democrats joined 48 Republicans to vote for her confirmation.  But it was not just any six Democrats. In the 2018 election cycle, those six – Senators Nelson (FL), Donnelly (IN), Manchin (WV), Heitkamp (ND, Shaheen (NH) and Warner (VA) – have received an average of $170,220 each in campaign cash from the war industry, while the 43 Democrats who voted against Haspel took in an average of only $91,409 each.

Four of the Haspel Six (Nelson, Donnelly, Manchin and Heitkamp) also recently cast critical votes to confirm Mike Pompeo as Secretary of State and to continue the murderous U.S.-Saudi war on the people of Yemen.

U.S. weapons companies have traditionally treated the Republican Party as their base in Congress, and they still contribute more to Republicans than Democrats. But as we can see in these three recent votes, hawkish Senate Democrats play a critical role as swing votes to keep the country at war and to ensure that the lion’s share of tax revenues keep flowing to the military-industrial complex.

The support of these hawkish Senate Democrats for endless war and record military spending stands in sharp contrast to the concerns of grassroots Democrats and Independents and even many Republicans, who are sick of the intractable cycle of violence and chaos that U.S. militarism has unleashed around the world since 2001.

The Haspel Six, who voted for a woman who oversaw horrific forms of torture, are not the only Democrats corrupted by the war industry.  Many more regularly vote for record military budgets that hand over the lion’s share of U.S. tax revenues to war profiteers.

Thirteen Senate Democrats have already raked in more than $200,000 each in contributions from the war industry in this election cycle: Durbin (IL); Reed (RI); Kaine (VA); Schumer (NY); Nelson (FL); Leahy (VT); Murray (WA); Shaheen (NH); Warner (VA); Blumenthal (CT); Schatz (HI); Donnelly (IN); and Heinrich (NM). Of these, only Leahy had the integrity to vote against final passage of the $700 billion FY2018 military budget.

In this election cycle, the 49 Democrats and Independents in the U.S. Senate have raised $5 million dollars in direct campaign contributions from the war industry, plus an additional $2.3 million for their “Leadership PACs,” from which they distribute funds to other corporate politicians and candidates.  That amounts to 44.5% of the war profits Lockheed Martin and other weapons makers have reinvested in the U.S. Senate in this election cycle, compared with $9.1 million, or 55.5%, to the 51 Republicans.

The Senate Foreign Relations Committee may soon take up the Corker-Kaine Bill for the Authorization for the Use of Military Force (AUMF), which would be an even more explicit blank check for endless war than the 2001 AUMF, which only authorized “...all necessary and appropriate force against those nations, organizations, or persons (the president) determines planned, authorized, committed, or aided the terrorist attacks that occurred on September 11, 2001, or harbored such organizations or persons….”

Three successive U.S. administrations have interpreted that language to justify wars that have destroyed several countries, and killed and maimed millions of people who had nothing to do with the crimes of September 11th. Now we face the even greater danger that, instead of simply repealing the serially-abused 2001 AUMF, a Congress bought and paid for by the war industry will explicitly authorize endless war.

How can we, the public, make our voices heard by a Congress corrupted by war profiteers, when the war industry can buy a bipartisan majority for war and militarism in the U.S. Senate with such a tiny fraction of its profits?

How can we bring the same good sense and common humanity to America’s bomb problem that the students from Parkland have brought to our domestic gun problem?

CODEPINK and other groups of concerned citizens have started a campaign called Divest from the War Machine. We ask elected officials to refuse contributions from the NRA and the top five weapons manufacturers: Lockheed Martin, Northrop Grumman, Raytheon, Boeing and General Dynamics. Since these officials are constantly voting on issues related to military spending, these decisions must not be tainted by the corrupting influence of weapons lobbyists. Check out the list of those who signed the pledge and help us get more officials on board.

Learn more about the campaign and join us in building an economy that is not dependent on killing and maiming people to boost the profits of weapons manufacturers.

Nicolas J. S. Davies is a writer for Consortium News and a researcher with CODEPINK, and the author of Blood On Our Hands: the American Invasion and Destruction of Iraq