Biden: Do Not Designate the Houthis as a Terrorist Organization! 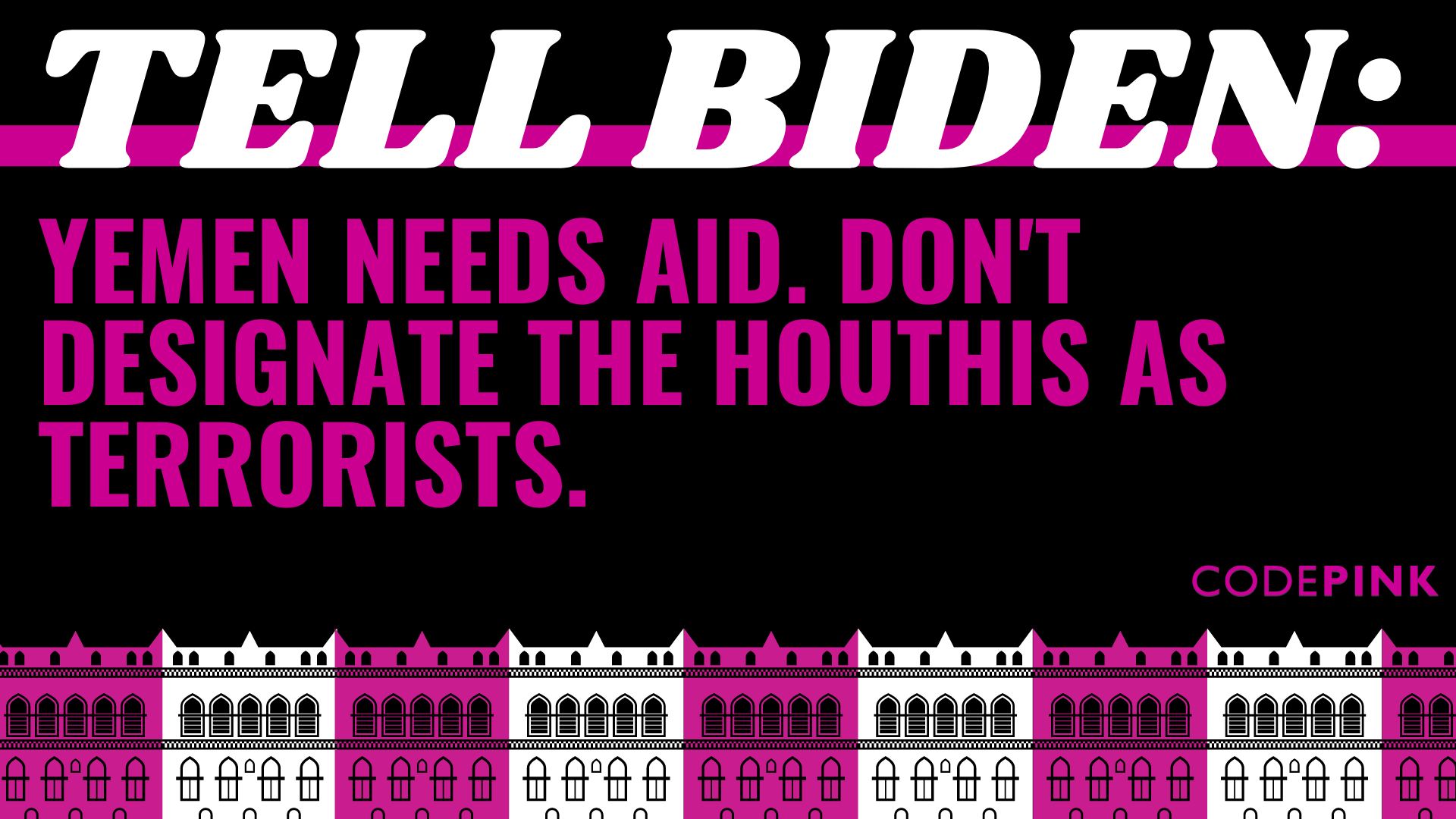 Biden is considering going back to the Trump-era policy of designating the Houthis in Yemen as a Foreign Terrorist Organization. This designation will make it nearly impossible for humanitarian groups to send the aid millions of Yemenis need to survive. Sign our petition to President Joe Biden and Secretary of State Anthony Blinken demanding they keep the Houthis off the FTO list!

We, the undersigned, are asking that the Biden administration keep the Houthis in Yemen off the Foreign Terrorist Organization (FTO) and Specially Designated Global Terrorist (SDGT). Secretary of State Pompeo announced in January of 2021 that he was going to designate the Houthis as an FTO. Going back to this designation would be reverting to a Trump-era policy. This decision would have disastrous outcomes in the region.

Congresspeople spoke out against the designation during the last days of the Trump presidency as being not only inaccurate but profoundly detrimental to the country of Yemen. Senators Young, Murphy, and Coons issued a joint statement about Yemen in late November of 2020. They stated that designating the Houthis as a terrorist organization “would almost certainly prevent the critical delivery of food, medical supplies, and other items necessary to combat both COVID-19 and famine.” Senators Young, Murphy, and Coons correctly stated that this designation would prolong the war and that the US does not gain anything by making this designation.

Senator Young on January 11th 2020 stated, “Yemen remains the world’s worst humanitarian disaster, one that has been exacerbated by ill-advised policies by senior U.S. government officials in recent years. Creating new, additional obstacles to the delivery of food and medical aid — during a global pandemic — is not in the best interest of the United States, our regional allies and partners, or the people of Yemen.” 50 organizations called on you in 2021 to reverse the designation citing these concerns.

The designation of the Houthis as a terrorist organization will only worsens the conditions in Yemen and puts up roadblocks to ending the war that has devastated the country.