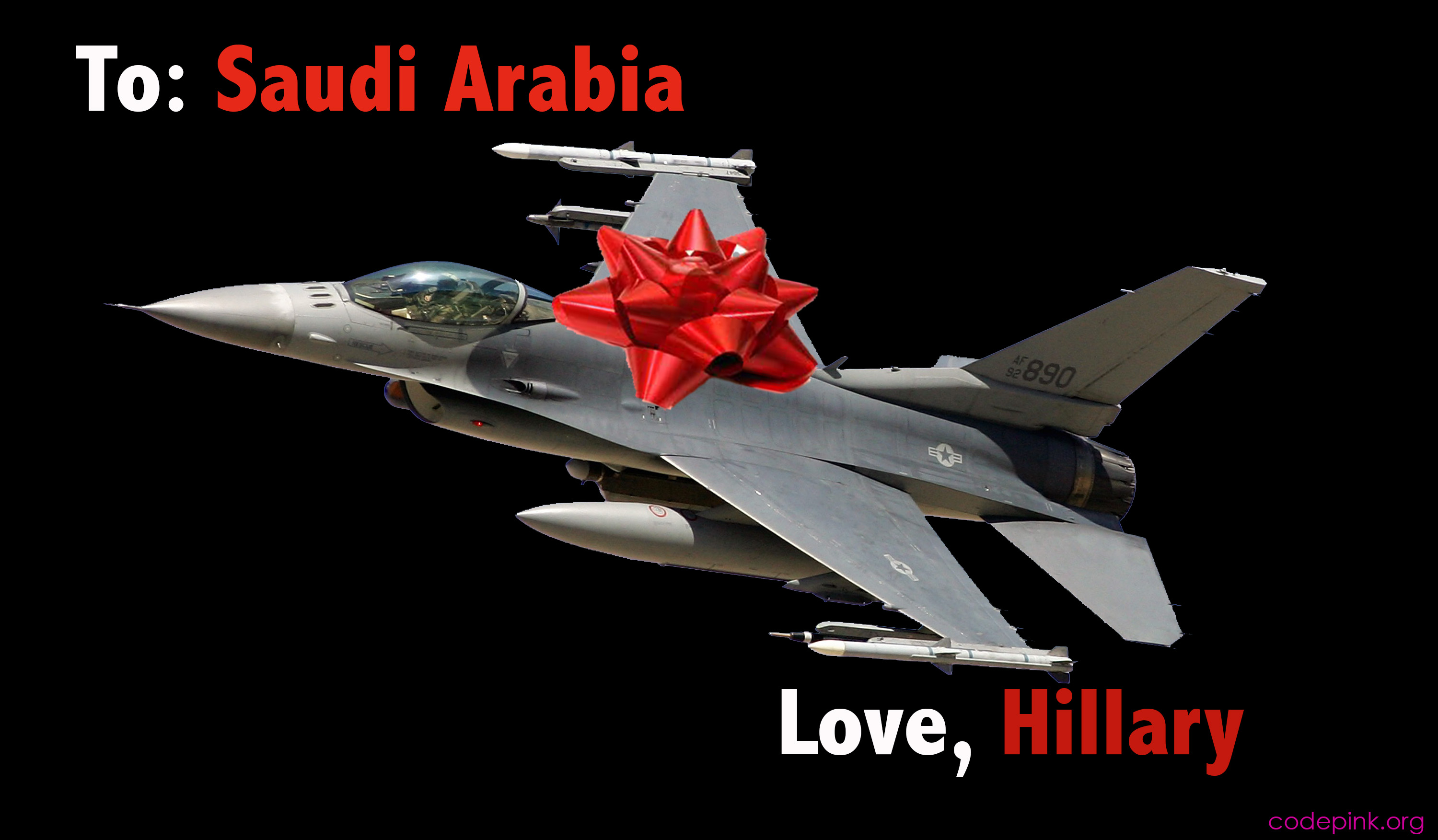 According to a new report, on Christmas Eve 2011, Hillary Clinton and her aides in the State Department celebrated when a deal authorizing the sale of F-15 fighter jets to Saudi Arabia was finalized, with one aide going as far as calling it a “Christmas present.” Those F-15s are now being used by the Saudi government to conduct merciless bombing raids on Yemeni civilians, raids that have led to the deaths of 2,800 so far and which international human rights organizations are saying amount to war crimes.

Join us in calling on Hillary Clinton - and ALL the presidential candidates - to pledge to end all weapons sales to Saudi Arabia if they are elected president!

Saudi bombing raids have have killed journalists and ambulance drivers, and the American-made F-15s have been implicated in the targeting of three facilities supported by Doctors Without Borders. In addition to horrifying civilian casualties, the bombing raids are also decimating Yemen’s unique architectural history, possibly in violation of international humanitarian law.

During her tenure as Secretary of State, Hillary Clinton made weapons transfer to the Saudi government a “top priority,” according to a new report published in The Intercept. Clinton’s State Department was deeply invested in getting weapons sales to Saudi Arabia approved while at the same time the Clinton Foundation continued to accept million dollar donations from the Saudi royal family and Boeing, the manufacturer of the F-15.

The United States should not be complicit in horrifying human rights abuses committed by Saudi Arabia. Sign this petition to Hillary Clinton and all the presidential candidates, asking them to pledge to end weapons sales to Saudi Arabia once they are in office.

Towards a more peaceful world,