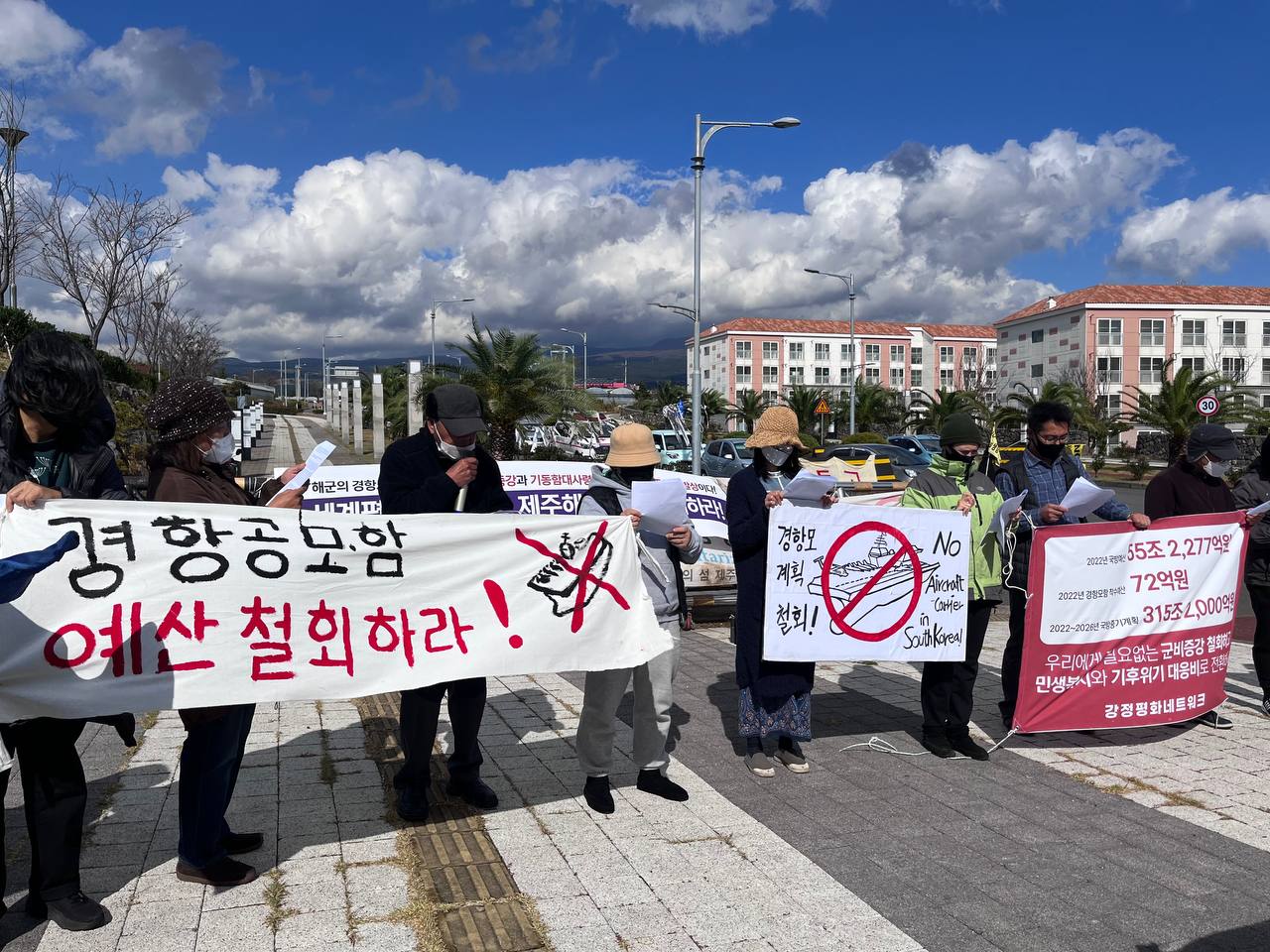 I thought that the CODEPINK "Cut the Pentagon" performance was inspiring and memorable, and finally we found a good way to do our own performance on the same lines here in Gangjeong.

"Today in Gangjeong we held a protest against the navy's plans for a 2.6 trillion won (2.2 billion USD) "light" aircraft carrier. The navy plans to spend 720 million won (609,000 USD) on it already next year. Rather than spending people's tax money on such dangerous projects which upset world peace, we say this money should be spent on social welfare, restoring the environment, and responding to the climate crisis. Inspired by CODEPINK's "Cut the Pentagon" performance, we made an aircraft carrier out of rice cake, F35b's carved from bell peppers, and -of course- some protesting kayakers with yellow flags. With only 60,000 won (50 USD) we made an aircraft that was much more delicious, healthy, entertaining, and beautiful than anything that the navy can make."

Here you can see our joint statement (in Korean) by the Association of Gangjeong Villagers Against the Jeju Navy Base and the Gangjeong Peace Network along with more pictures by Grace: https://cafe.daum.net/peacekj/GeUj/982 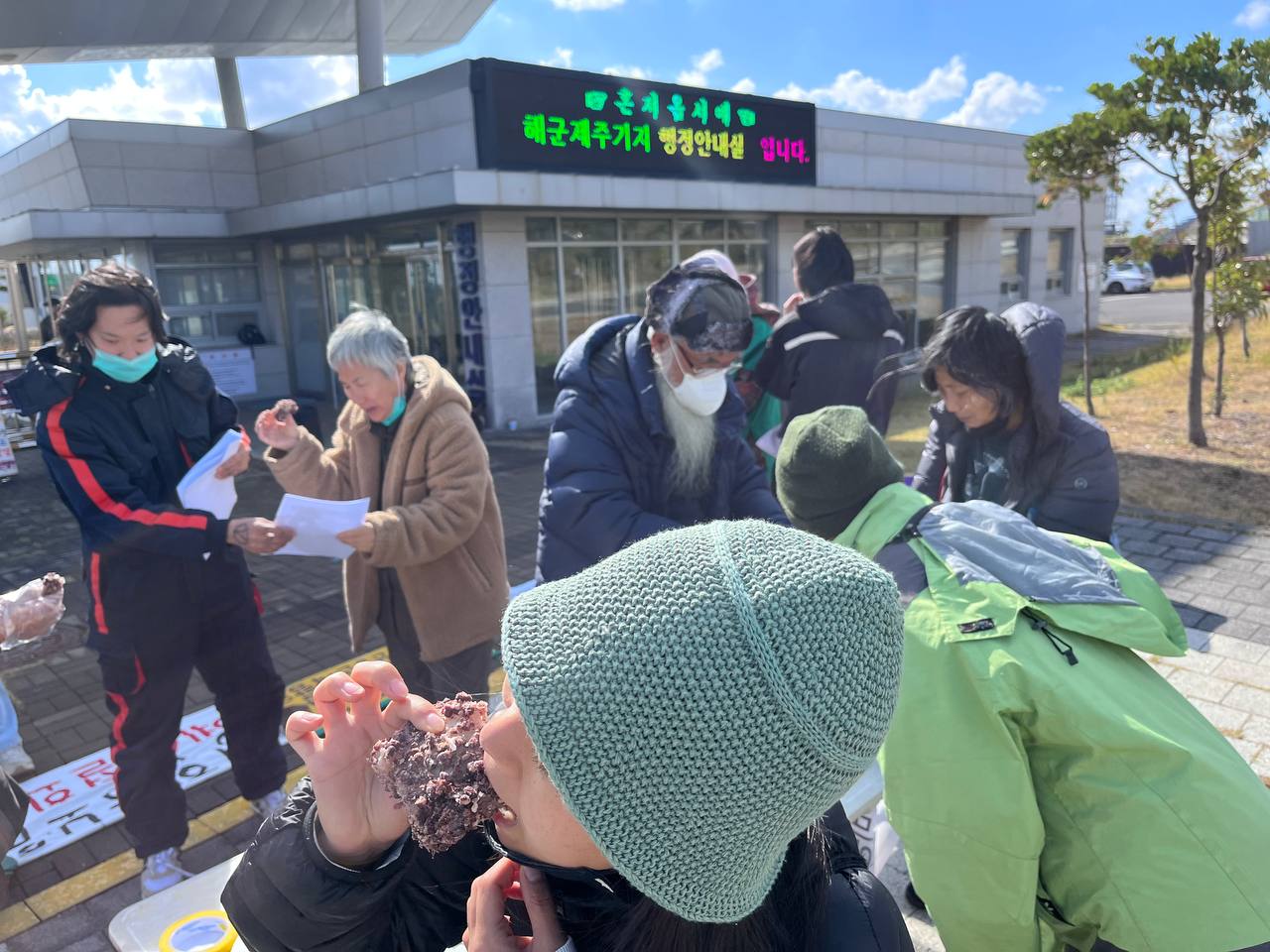 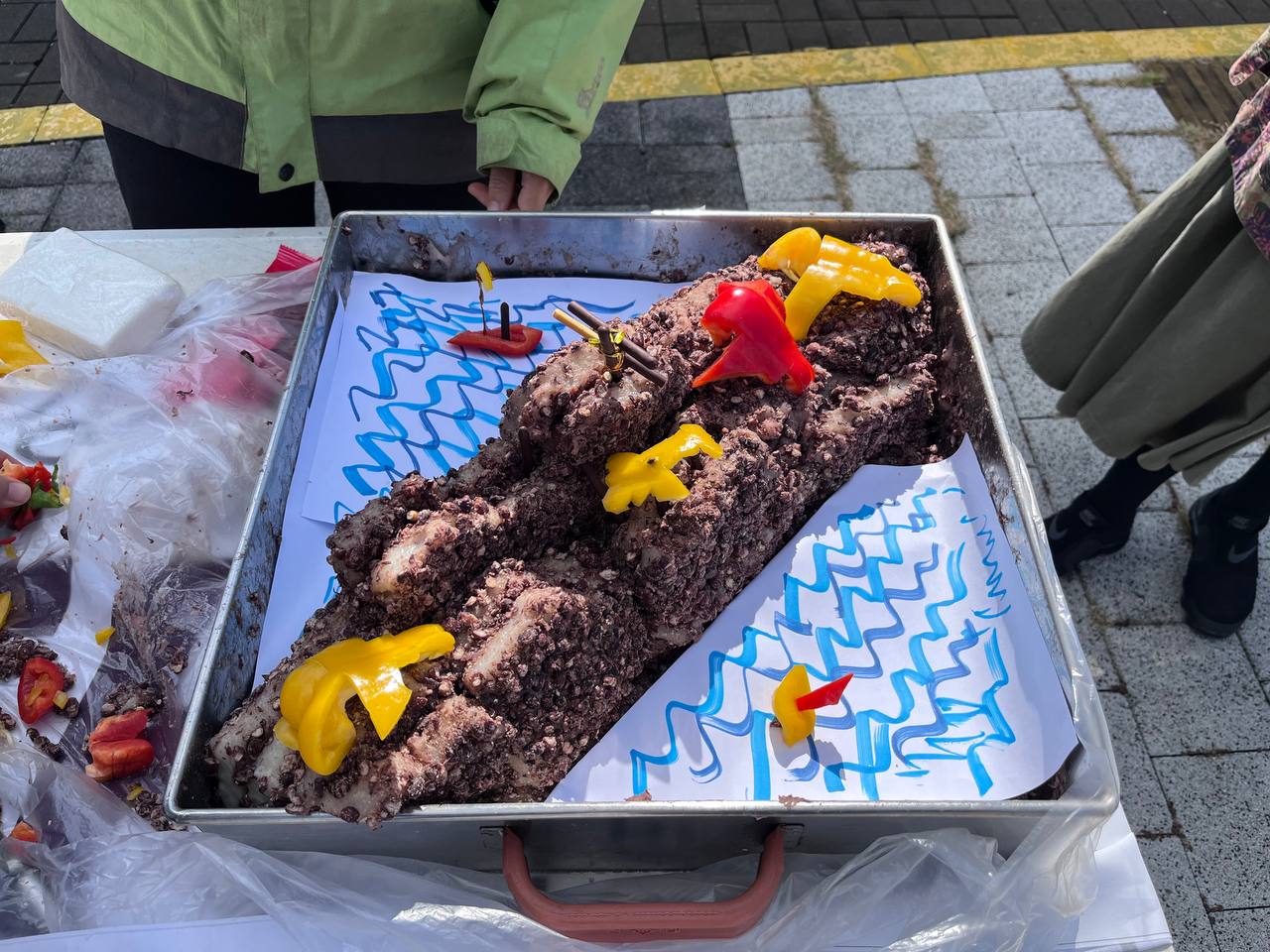