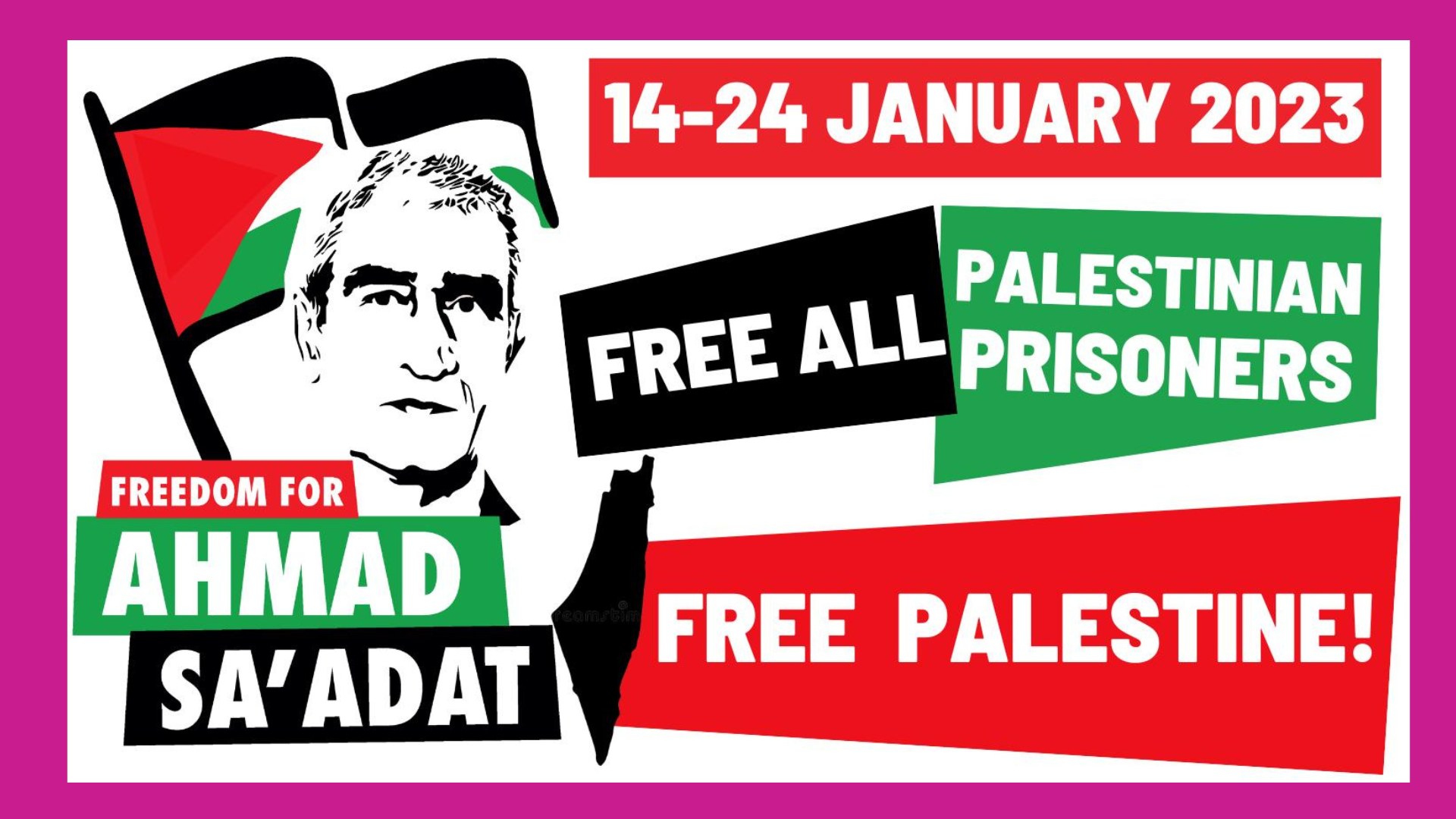 We, the undersigned, ask that you pressure Israeli authorities to release Palestinian political prisoner Ahmad Sa'adat.

Palestinian prisoners face Challenging medical neglect, which led to the December death of Nasser Abu Hmaid, and against which Palestinian thinker Walid Daqqa now struggles. Political prisoners confront forced deportation, especially following the forcible expulsion and stripping of Jerusalem identity from Palestinian lawyer Salah Hamouri, now expelled to France. They deal with administrative detention, arbitrary imprisonment without charge or trial under which 820 Palestinian prisoners – out of 4,750 in total – are currently held. Israel also sometimes keeps the bodies of prisoners who have died in their custody, including Abu Hmeid and 11 more Palestinians which is a form of collective punishment and torture targeting their families.

The direct involvement of the US, Canada and Britain in his imprisonment illustrates why international action in this case is so necessary. The support of these countries for Israel continues to perpetuate its impunity as it carries out land confiscations, home demolitions, mass imprisonment, extrajudicial executions, the ethnic cleansing of Jerusalem, the siege on Gaza and further crimes against humanity.

We ask that you do all you can to demand the release of Palestinian prisoners.