CODEPINKers of the SF Bay Area and so many activist friends turned out for today's action at the SF Ferry Building calling for"
DIPLOMACY, NOT WAR, WITH RUSSIA.

We estimate that there were 25-30 participants; a beautiful turnout. CODEPINKs came from as far away as San Jose!
We were delighted that Renay Davis joined us for the action. It was so good to see her in her element-- activism for peace!
Our messages:
We held the action for 1.5 hours, received a lot of attention, were photographed and had conversations with many passersby. About 300 of Eleanor's flyers were handed out. The flyers included actions to take and a QR code (thanks Carley!) so people could get more information. The flyer is attached; you're encouraged to make copies and pass them out everywhere.
Thank you to the many volunteers who handed out flyers. In addition to CODEPINK, there were folks from Veterans for Peace, Green Party, ANSWER, Peace and Freedom Party, and more.
We are grateful for the amazing support from CODEPINK national, including beautiful posters, media outreach, consultations, messaging. We especially want to thank Marcy Winograd for lending her awesome expertise and support. There were lots of photos taken; these are the fabulous ones on Leon Kunstenaar's website 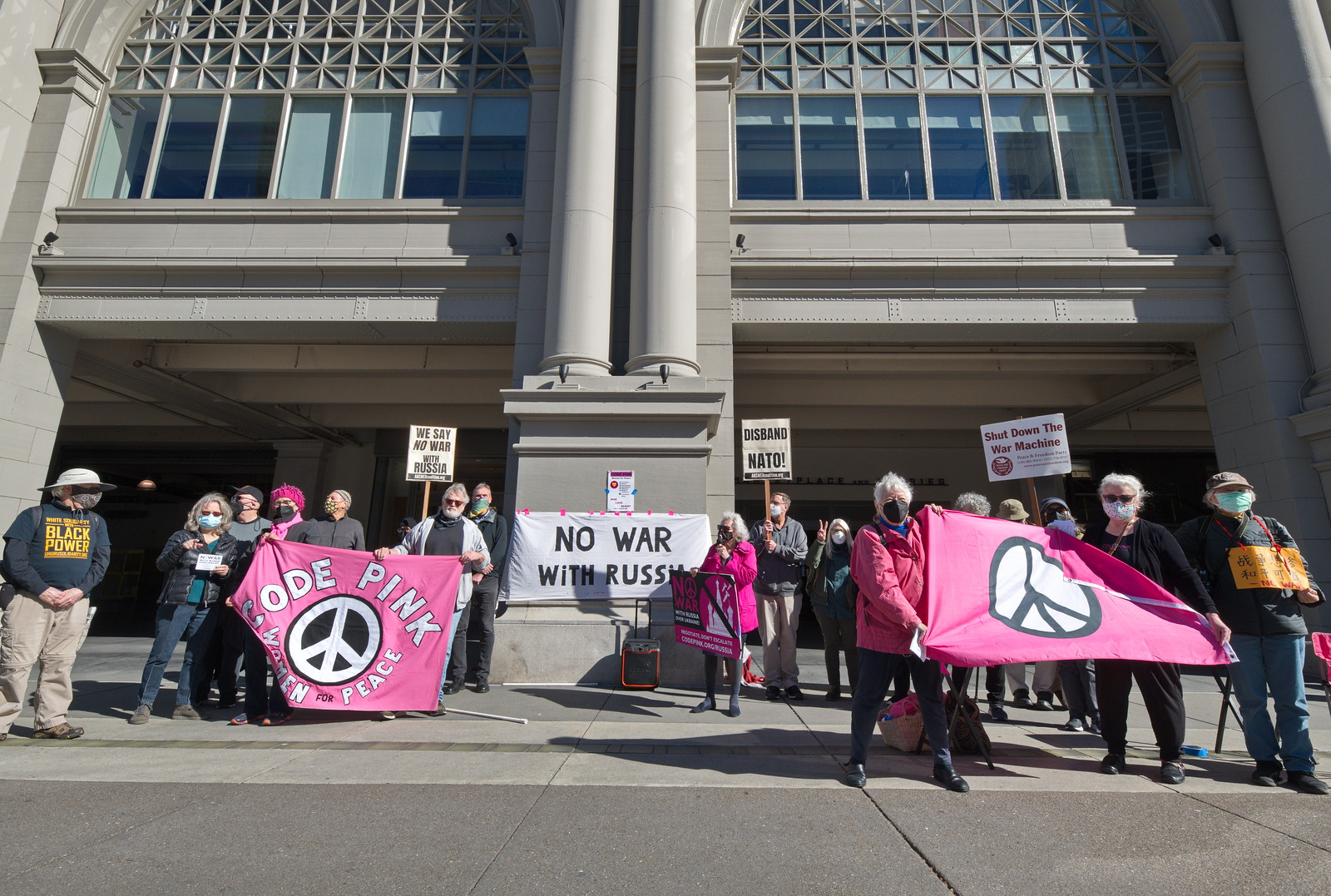 "The action at the Ferry Building was great! Thank you all for your needed and appreciated efforts." Catherine Hourcade

Press Conference at Nancy Pelosi's house, 2640 Broadway, San Francisco
Where was the media? We did SO MUCH media outreach; sent multiple media alerts, called, tweeted.
KPFA news called and interviewed me in the morning; I sent them the press conference recordings and will look to see if they used any.

Statement by Cynthia Papermaster; there are 2 parts because a HUGE NOISY truck drove right in front of us:

Susan Witka and Toby Blome did some excellent chalking 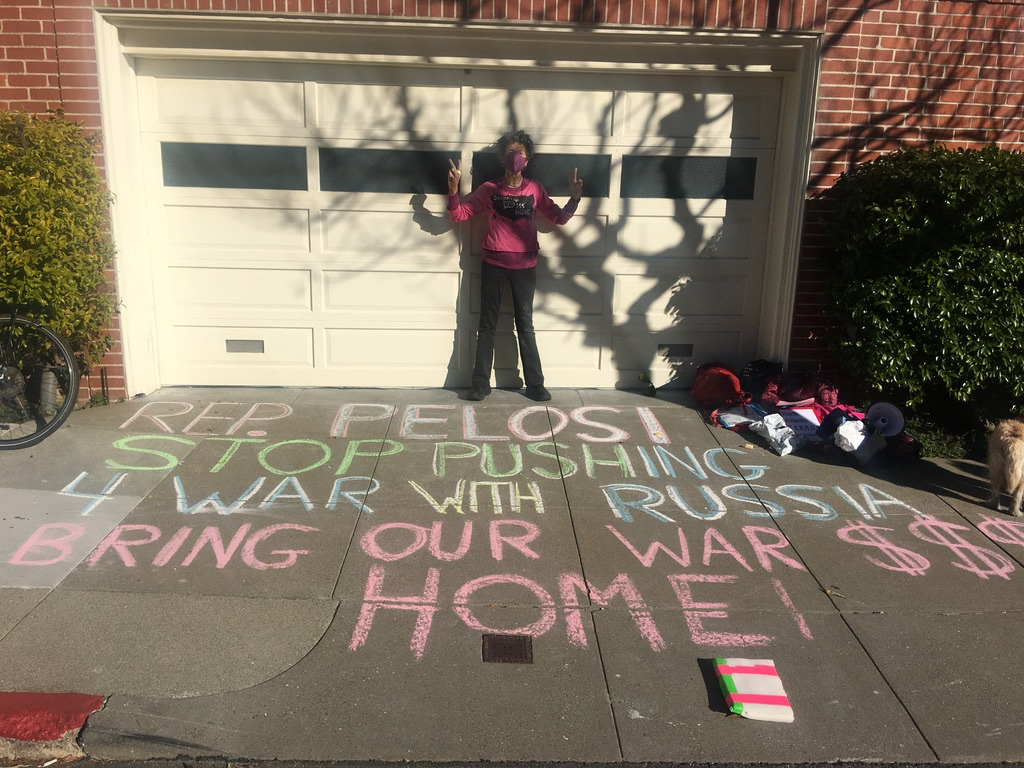 Thanks Fred Bialy for filming and bannering. Phoebe, Ingrid, Grace, and Paul were great support.
And Luck-key did his usual "pooping at Pelosi's" routine.
With gratitude and hopes for peace,
Cynthia
Cynthia Papermaster is the Coordinator of CODEPINK's Women for Peace, Golden Gate Chapter