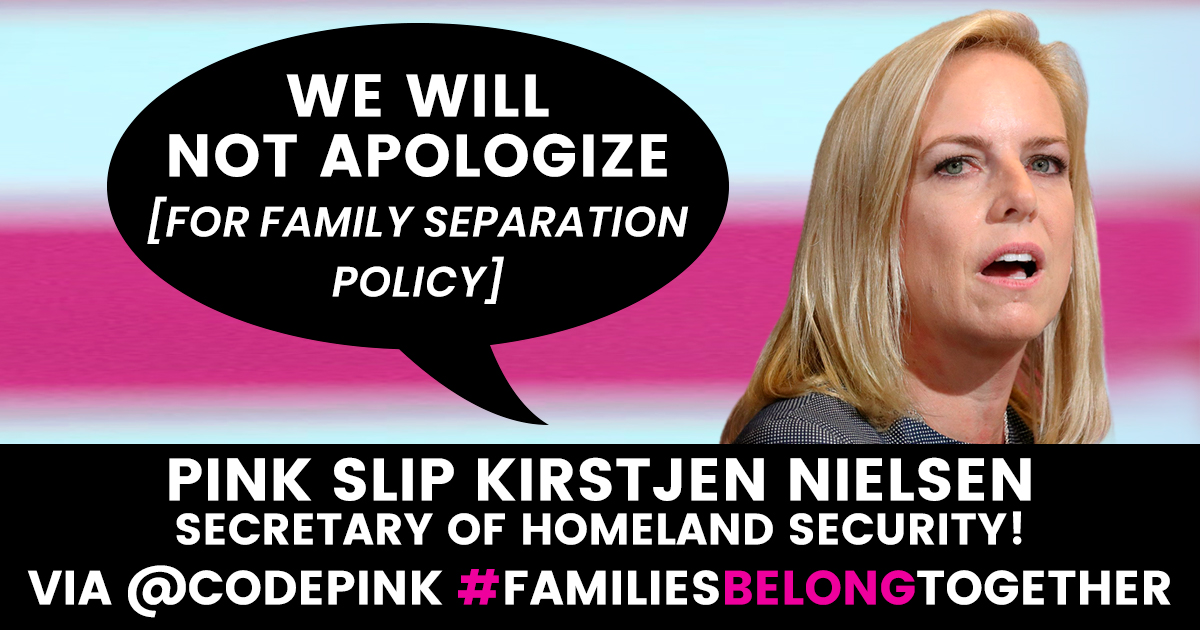 We have zero tolerance for DHS Secretary Kirstjen Nielsen's lack of integrity and compassion for immigrant families. Nielsen needs to be held accountable for separating families and enforcing inhumane laws.

DHS Secretary Kirstjen Nielsen and the U.S. must be held accountable for this violence against migrants. Migrants who cross the hot southern desert into the U.S. are seeking safety and security away from gangs and drug cartels. There are direct connections between the war on drugs and terrorism and migration enforcement; all of these connections increase violence against migrants. The U.S. government has prosecuted undocumented immigrants as criminals, justifying this policy as an anti-terrorism strategy.

The mass criminalization of families crossing the U.S./Mexico border results in military-style enforcement, incarceration, deportation, discrimination, and military-type privatization of the border. It degrades all life along the border: animal, plant and human life. The UN says the use of detention and family separation runs counter to human rights standards and principles.

We have zero tolerance for DHS Secretary Kirstjen Nielsen increasing violence against immigrant families. We call on her to resign. 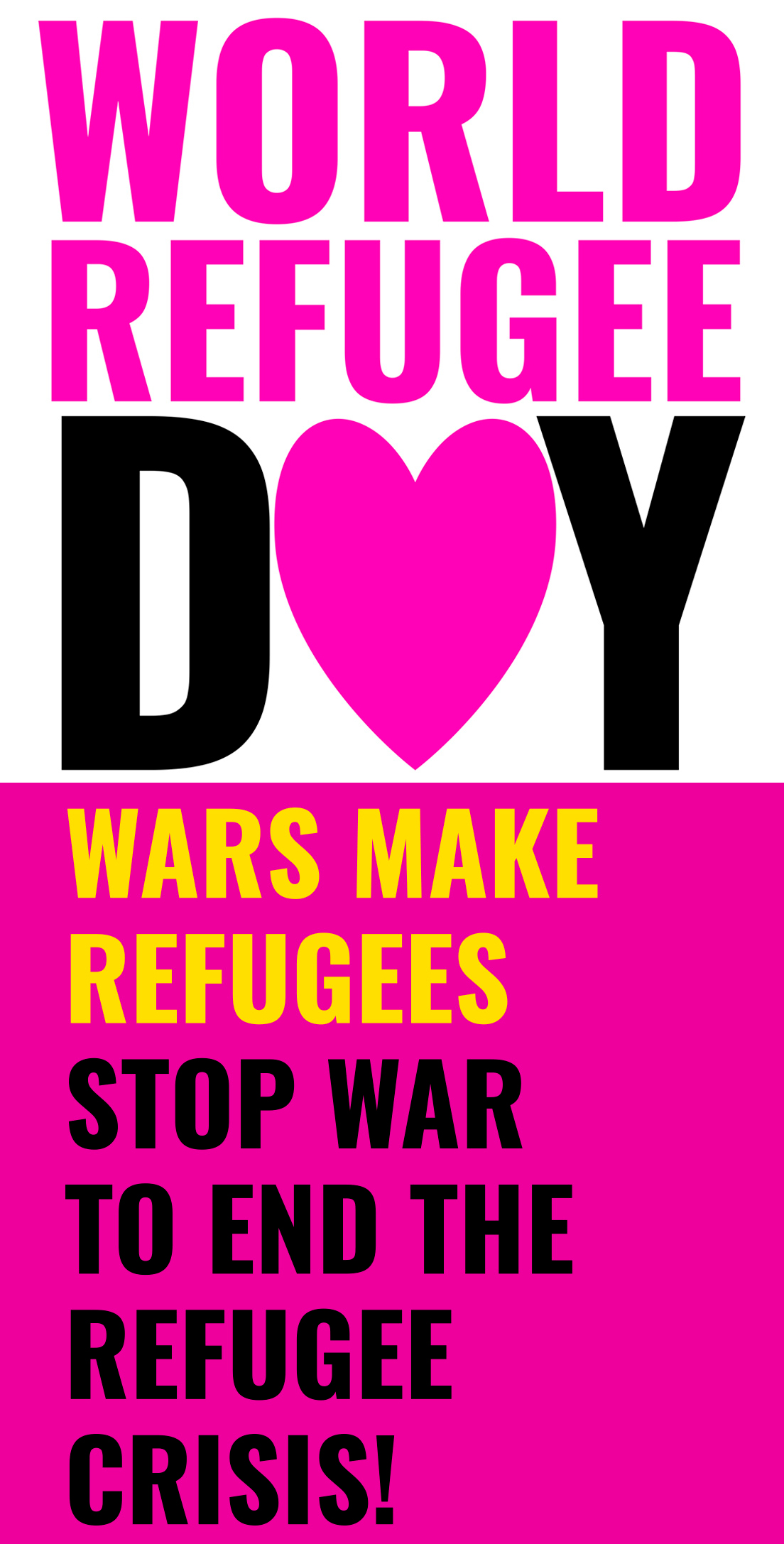