We are going to evict fake president Juan Guaidó's, his fake ambassador Carlos Vecchio, and all his coup mongerers from the Venezuela embassy in Washington, DC.

Add your name to our eviction letter! 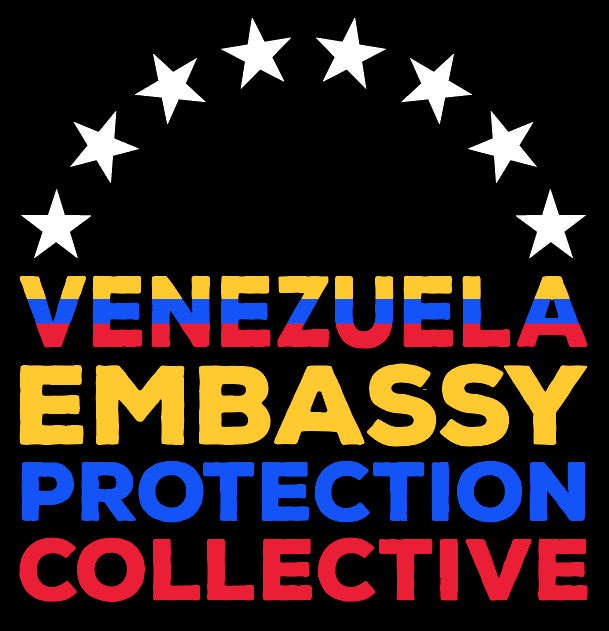 The Vienna Convention and Section 501(c) of the Act provides that the Embassy Protection Collective, the invited guests of the legitimate Venezuelan government and people, may recover possession of the Embassy where a people’s court has determined that you, or a person occupying the premises with or in addition to you, have performed an illegal act within the Embassy, no appeal is pending, and the time for appeal has expired D.C. The Embassy Protection Collective is hereby serving you a thirty (30) day notice to vacate. You will be evicted as it has been determined that you knew an illegal act was taking place.

You have been found guilty of the following offenses:

Although under normal circumstances you would be able to appeal to a jury of your peers, given that there are no other fake ambassadors in the world, it has been determined that should you wish to appeal, you should return to Venezuela and face justice there for your numerous crimes.

Also, you will be liable for any damages arising from your continuing use and occupancy of the Embassy. The Embassy Protection Collective went to great pains to maintain the premises and ensure its cleanliness and maintenance. Any damages to the premises will be charged to your corporate credit cards and is not to be paid by the funds you have received from U.S. taxpayers, including USAID funds, nor can it be paid with funds stolen from Citgo. Finally, if there were damages to the mural in the Hugo Chávez Library, or to any of the images of Chávez, Nicolás Maduro or Simón Bolívar, you will be asked to sing “Uh Ah Chávez No Se Va” in front of the U.S. Capitol as an act of public contrition.

If you have any questions about this Notice, you are welcome to contact the Embassy Protection Collective, but we suggest you appeal in person to the Attorney General of Venezuela in Caracas.

The Embassy Protection Collective, CODEPINK, international law, and the people of the world