The Environment on the Border Areas in the Kurdistan Region of Iraq has been Greatly Damaged, Due to Continuous Bombardment 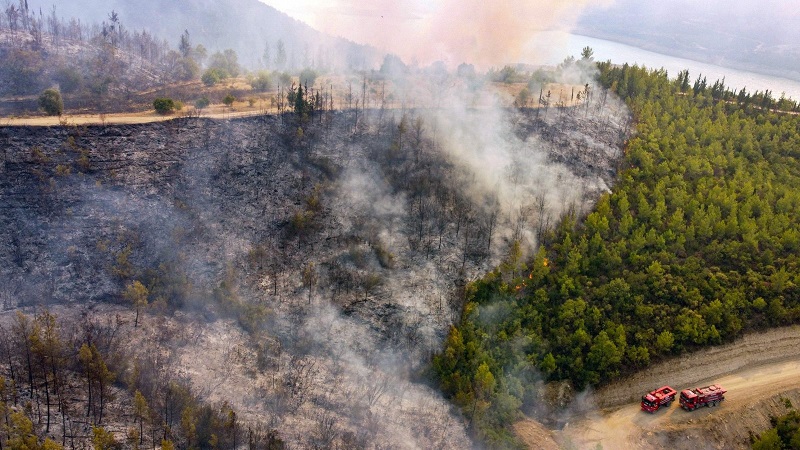 With the decades-long bombardment on the border areas of the Kurdistan Region of Iraq (KRI) by Iran and Turkey, the ongoing fighting between Turkey and the Kurdistan Workers’ Party (PKK), and the constant border bombings by Turkey under the pretext of fighting the PKK are all causing significant damage in the area, specifically material and human loss. In addition, many trees and local village forests are burning, polluting the local air. Furthermore, the burning leads to the destruction of wildlife, birds, nature, and green spaces.

“Over the past nine years, the KRI’s environment witnessed several damages by Turkish and Iranian bombardments, which have burned nearly one million and 30,000 acres of the forests. According to Law No. 10 of 2012, forests in the KRI belong to the Ministry of Agriculture” Abdul-Rahman Sdiq, head of the Environment Committee of the KRI said.

“We, as the environment committee, are a monitoring team. Building each project takes a number of steps. In the last step, as an environmental group, we give permission to go into operation. For small projects, the green area ratio must be 10% and for large projects 25%, which is determined by the impact of the project on environmental pollution, not on its area.” he said.

Currently, there are many residential projects in the federal areas of Iraq and the Kurdistan Region, and dozens are still in the implementation phase. Most of these projects have fewer green areas than they are supposed to have on their maps. According to the Ministry of Agriculture, the green area in the KRI is 12.4%. However, the bombardments constantly reduce this percentage rate, negatively impacting the region’s environment.

According to NASA’s research, Duhok Province is considered the worst area in the Middle East regarding environmental conditions. Parallel to the heavy bombardment and decreasing green rates, the number of oil refineries has also increased in the province, causing harm to the surrounding residents.

To protect the environment on the borders, the End Cross Border Bombing campaign has several recommendations:

Sign our petition calling on the Turkish government to stop bombing Iraqi Kurdistan!