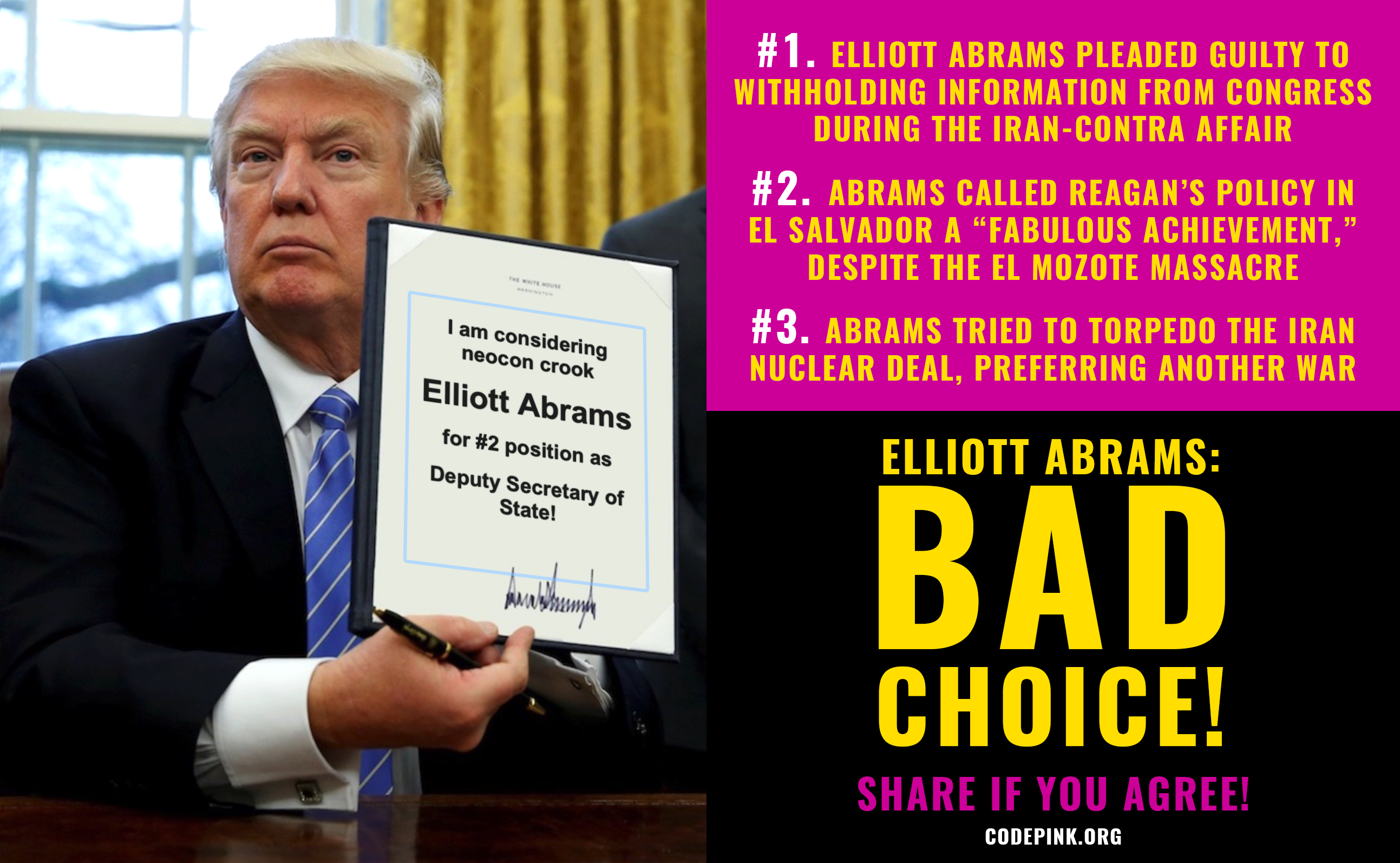 Donald Trump will soon announce his pick for deputy Secretary of State. The leading contender appears to be Elliott Abrams, despite Abrams having been an outspoken advocate of the #NeverTrump crowd and calling Trump unfit for the office.

Abrams, a neocon hawk, would be one more disastrous addition to Team Trump. In his prior positions under Reagan and George W. Bush, he supported the most thuggish regimes and covered up the human rights violations of US government allies. A crook who was convicted of lying to Congress, his policy decisions have left death, destruction and deceit in their wake.

Republican Senator Rand Paul is, so far, the only senator who has come out appealing to Trump not to nominate Abrams. More senators, and the public, should quickly pile on. How much more proof do we need that Elliott Abrams is unfit for public office?

Medea Benjamin, cofounder of CODEPINK, is author of the book Kingdom of the Unjust: Behind the US-Saudi Connection.