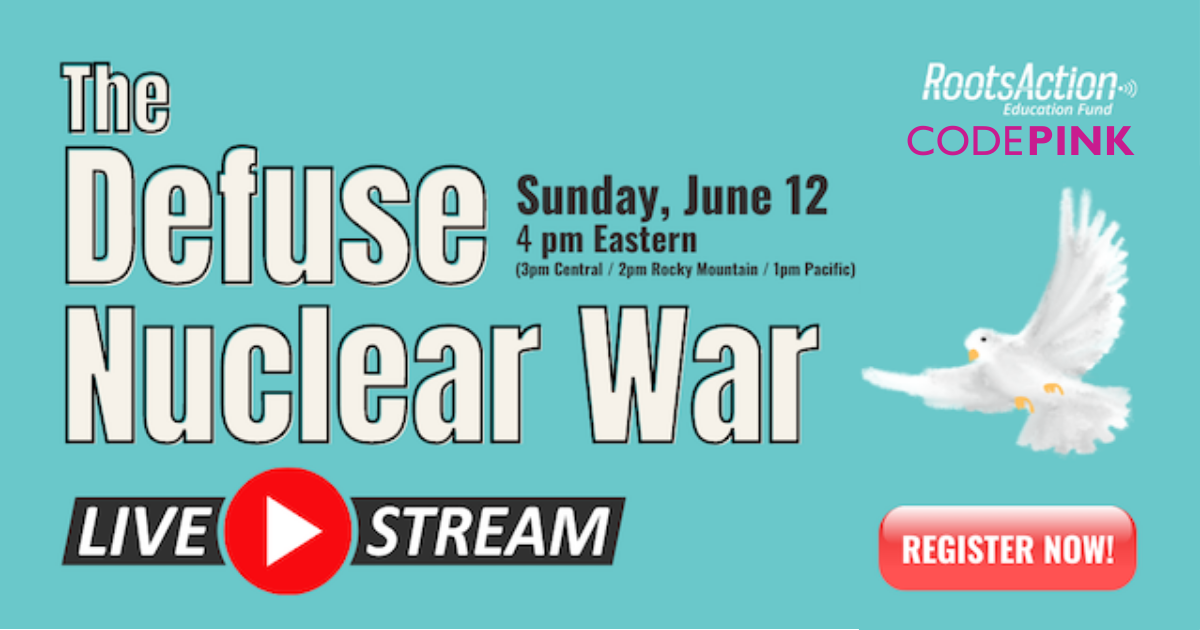 With a focus on the current terrible dangers of nuclear war and the imperative of taking action to reduce them, the Defuse Nuclear War live stream will mark the 40th anniversary of when a million people gathered in Central Park for nuclear disarmament on June 12, 1982. This online event will serve as a catalyst for grassroots organizing.

Several dozen peace, disarmament and social justice organizations are co-sponsoring this event, which is sponsored by RootsAction.org and the RootsAction Education Fund. We will hear live presentations from a wide range of speakers including Medea Benjamin, Leslie Cagan, Mandy Carter, Khury Petersen-Smith, David Swanson and Katrina vanden Heuvel. We will also see the world premiere of a video featuring Daniel Ellsberg on “defusing the threat of nuclear war,” produced by Oscar-nominated director Judith Ehrlich.