Détente and the New Cold Wars, a Global Policy Perspective 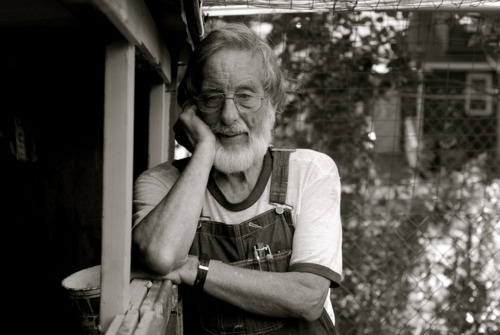 The possibility of war between nuclear armed powers is returning as a real threat to the security of people all over the world. Climate change, waste of limited resources, and the economic pressures of excess population growth on the carrying capacity of Earth are fueled by military spending. These threats are felt first by the most economically vulnerable regions and countries. They also drive local civil wars and regional resource and territorial wars.

In our view, the expansionist exceptionalism of United States neo-imperialist policies is the principal driver in the renewal of Cold War hostilities among the United States, Russia and China.

To solve these problems will require agreement and cooperation among all affected countries, with strong leadership by the world’s major powers. Given the present Charter structure of the United Nations, this means, at the very least, the five permanent members of the Security Council.

The policy fantasy that stands in the way of addressing major world problems cooperatively is the idea among ignorant or venal politicians that the United States can retain and expand the boundaries of “sole superpower” domination that were achieved briefly after the collapse and dissolution of the Soviet Union. The most damaging foreign policy error of Presidents Clinton, George W. Bush and Obama, all foreign policy novices, was that they yielded to entrenched bureaucratic military/ industrial/ Congressional/governmental establishment advice and pressure to take advantage of temporary Russian weakness, and the less developed military strength of China, in order to extend the military umbrella of NATO membership into Eastern Europe and Central Asia. They pushed to ring the frontiers of Russia with new alliances, missile sites and military bases, and to extend military alliances and bases around the Pacific perimeter of China. These actions have sent a very aggressive and threatening message to the governments of Russia and China, which are getting stronger every year, and are pushing back.

A second harmful error of the Bush and Obama regimes has been their belief that they could take advantage of popular unrest and revolts in Middle Eastern countries to knock off dictatorial governments and, by aiding oppressed rebel groups, establish friendly client governments in these countries. They failed to secure a stable, reliable client government in Iraq, in fact brought in a government more influenced by Iran. They are well on the road to a similar failure in Afghanistan. They failed miserably in Libya, and are failing in a terribly tragic way in Syria. How many successive tragic failures do U.S. policy elites have to experience before learning that they have neither the right nor the capability to control the future political development of these countries? Each country must sort out political and economic arrangements according to its unique balances of power and social context, without excessive outside interference. Those forces that have the strength and organization to prevail do not intend to become subservient neo-colonial clients of the United States, once their temporary need for patronage has been resolved.

United States policy must stop poking and provoking Russia and China along their frontiers, and return to a strategy of seeking negotiated peaceful coexistence, and balancing of regional interests among the major powers, the United States, Russia and China, with appropriate respect for the interests of secondary powers, India, Pakistan, Iran, Brazil, Britain, Germany, France, Indonesia, Japan, etc. (Incidentally, in spite of their horrible, homicidal record of brutalizing the people of weaker countries, Nixon and Kissinger were balance-of-power realists who advanced a strategy of détente, and negotiated weapons control treaties with Russia and China, and Reagan acceded to Gorbachev’s initiatives, leading to the end of the earlier Cold Wars. These gains have been undermined by the policies of succeeding administrations.)

With active cooperation among the great powers and large reductions in wasteful competitive military spending, all countries could cooperatively address the threats from climate change, water shortages, regional underdevelopment, and economic pressures caused by population growth.  They might also resolve civil wars and smaller scale regional wars (such as Afghanistan, Iraq, Syria, Palestine/Israel and Ukraine) through unified international pressure for  negotiated  settlements based on power sharing among all major political factions and forces within each country.

In summary, the essential key to addressing real threats to international security and peace, as well as to resolving smaller wars and regional conflicts, is to reverse the present trend toward Cold Wars with Russia and China. The world needs active cooperation among the United States, Russia, China and other influential countries, through agreement and cooperation within the United Nations framework. We need to return actively to the vision set forth in the United Nations Charter, and abandon the fantasy of unipolar world domination.

Karl Meyer, a longtime colleague of and adviser to Voices for Creative Nonviolence, is a fifty year veteran of nonviolent action for peace and justice and the founding coordinator of Nashville Greenlands environmental and social justice community.