Decades later, Roe is under attack more than ever before. What happened outside of SCOTUS today and a month ago was frightening but not shocking like I told the BBC here. While we were outnumbered by anti-choice protestors, there was power in the community and those sharing their stories and testimonies. A group of our friends from CODEPINK Western Mass traveled down for the day making the parallels between militarism and stripping people of their rights in the name of domination and control. 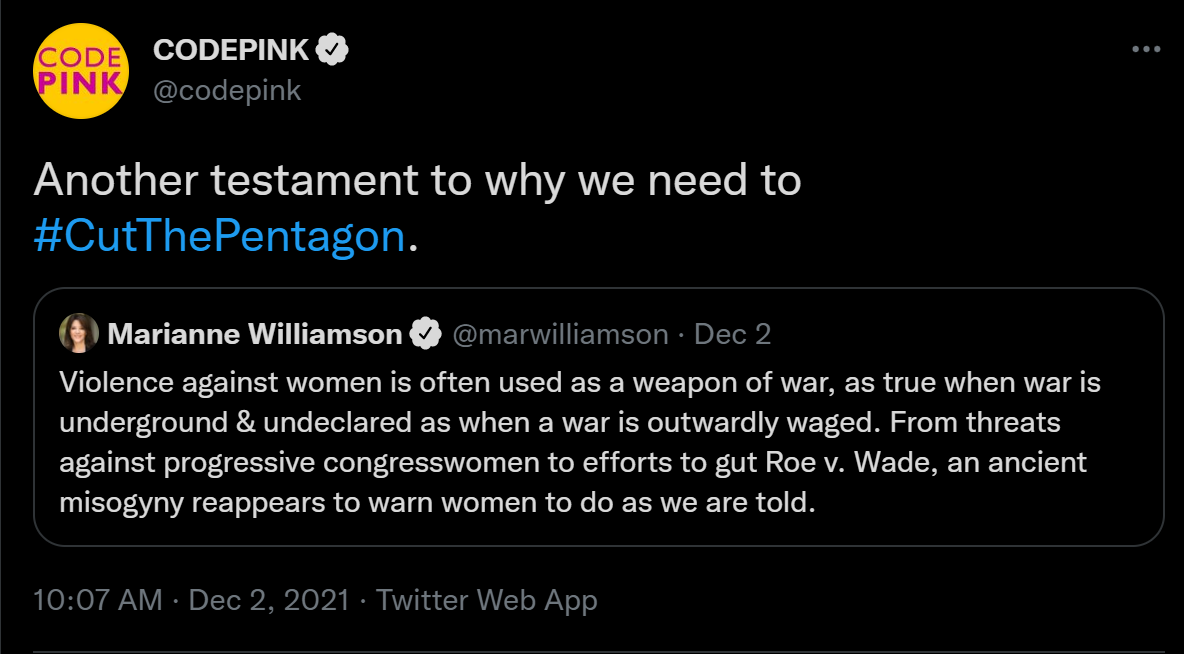 What must be centered and better understood by the mainstream is that poor people will be affected the most (like any and all policy that is rooted in injustice). The final speaker of the pro-abortion rally was from Indigenous Women Rising. Part of her words are captured here and are important reminders for white woman and all men to listen to and act on: 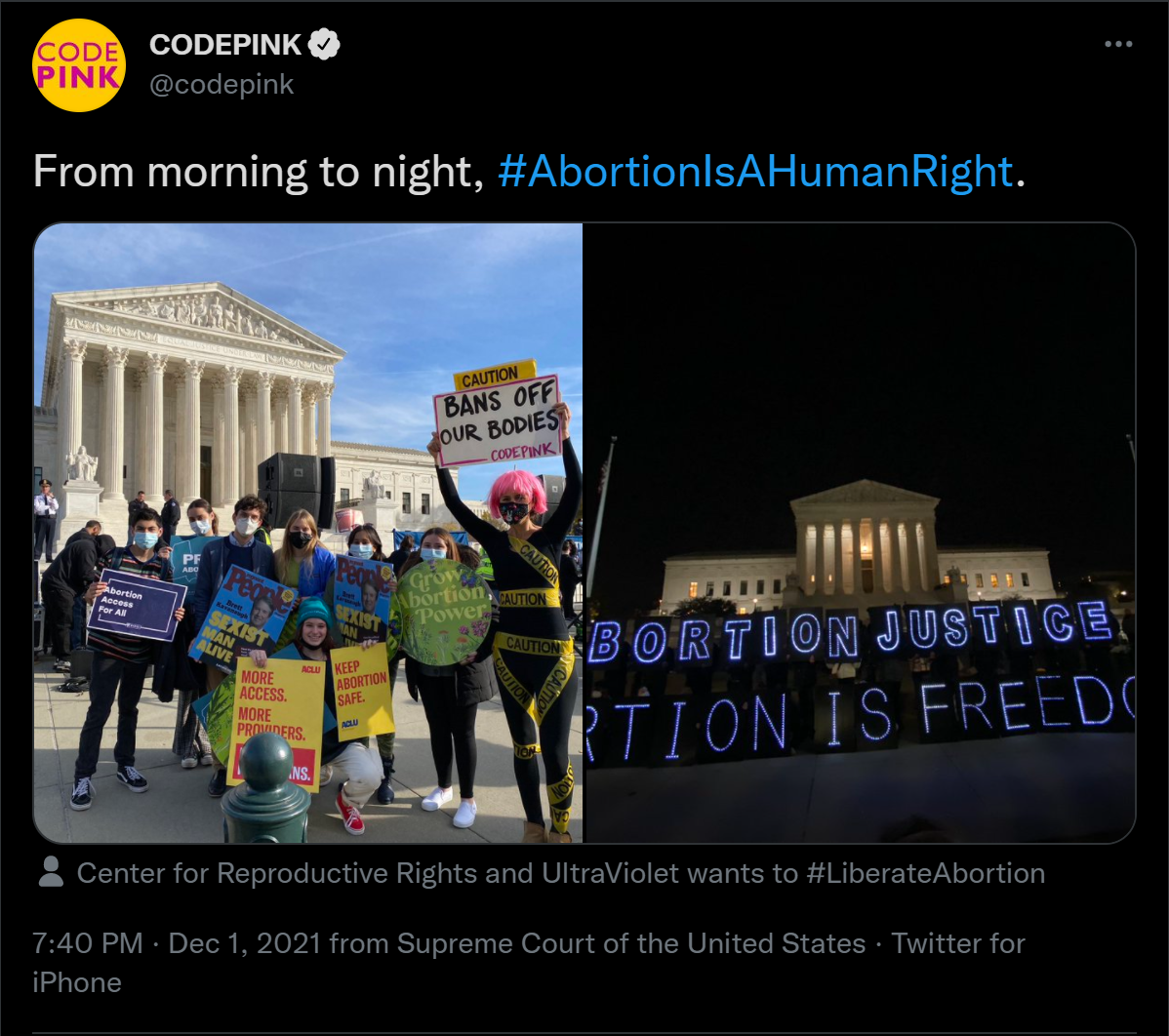