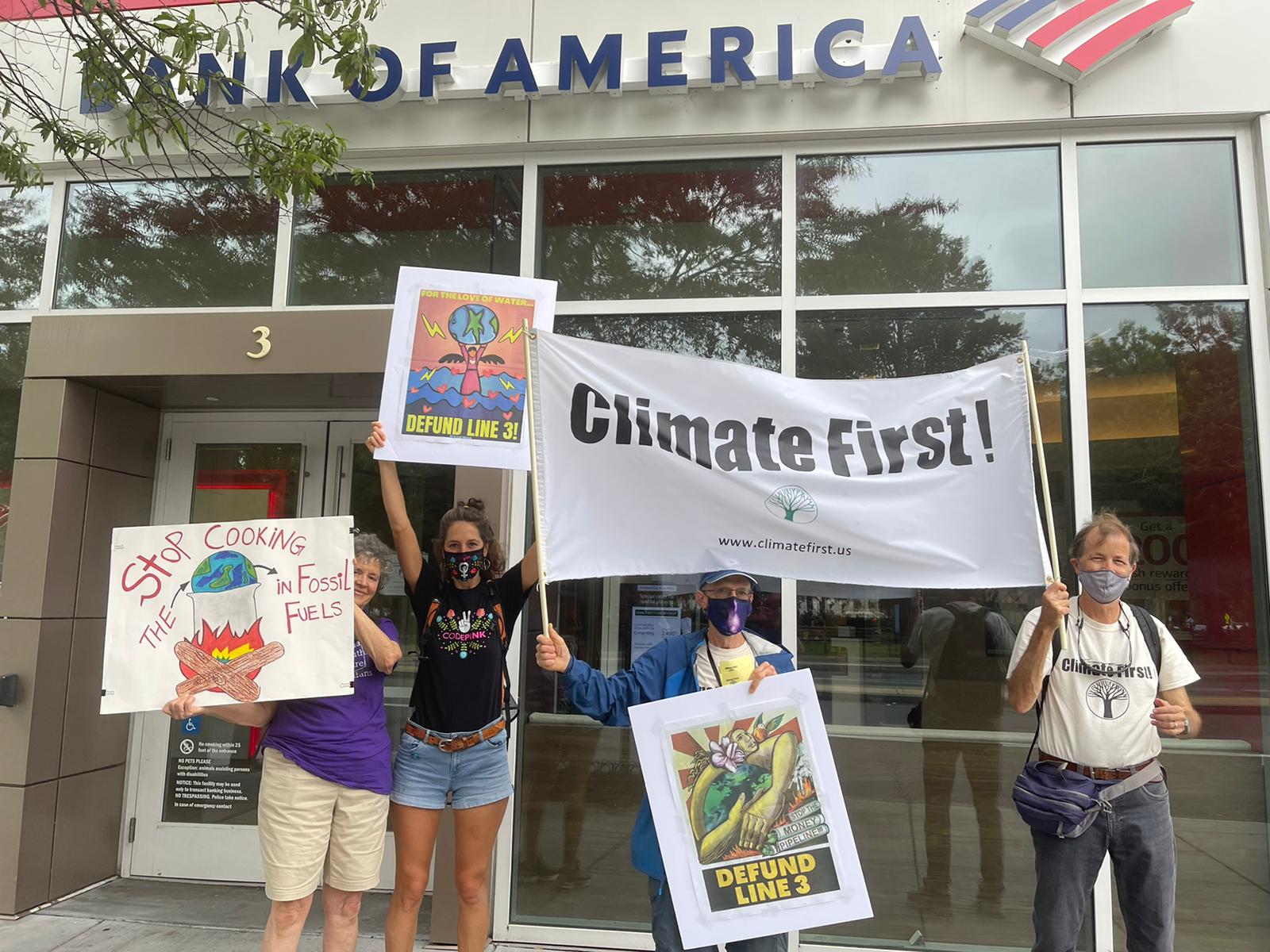 The morning became with a bank walk led by Climate First. Banks including TD Bank, Wells Fargo, CHASE, and Bank of America are funding Enbridge, the multi-national corporation who is behind the Line 3 tar sands, crude oil pipeline. We joined Climate First in hand delivering letters to multiple bank’s CEO’s calling on them to STOP funding climate destruction and breaking treaties.

What is the intersection of oil, war, the climate crisis and militarism?

Join us October 11-15 for a week of in person actions in DC with People vs. Fossil Fuels. Click here to view them on our calendar!