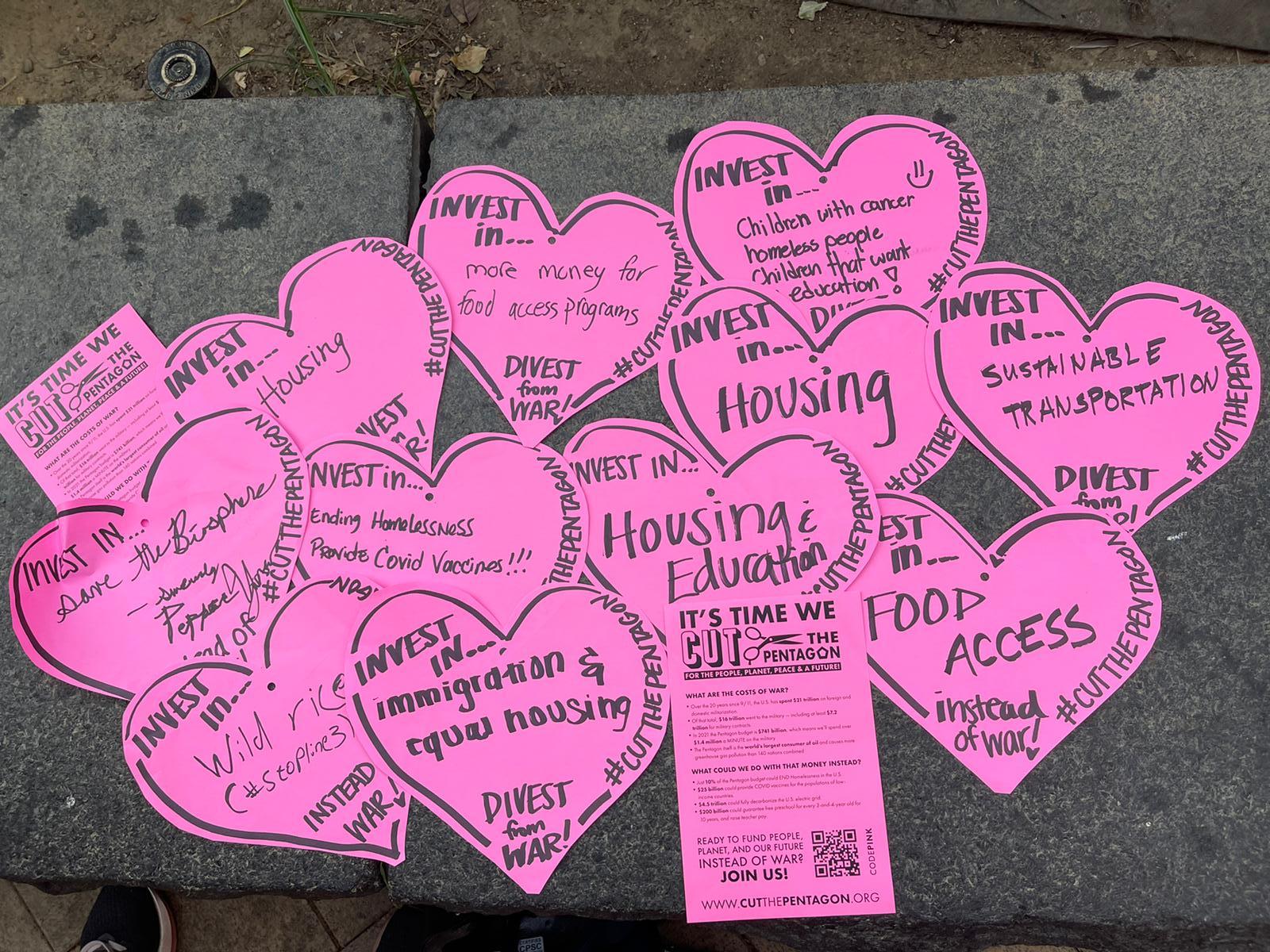 It’s time to Cut the Pentagon for the People, Planet, Peace and a Future. This is beyond a hashtag or a bumper sticker (although it makes a great one)! Yesterday some of the CODEPINK team headed to the Columbia Heights Farmers Market to talk with folks on what they would invest in instead of war and destruction.

As Washington DC becomes increasingly more gentrified, the price of housing continues to skyrocket. It was not surprising that the people we talked with around what they would want money to be sent on instead is housing. Many said to invest in housing, a crisis that could be solved with 10% of the Pentagon budget.

Divest from war, invest in housing! @MsJodieEvans & @oliviadinucci talked with people in an increasingly gentrified DC neighborhood about what investments they'd like to see made in their community. Many said housing, a crisis that could be solved with 10% of the Pentagon budget! pic.twitter.com/i4LsiiIex8

As vouchers were being given out by the city-wide farmers market program, access to food was another issue folks talked to our team about. The National Defense Authorization Act (NDAA) for Fiscal Year 2022 vote in Congress will be next week and we will be outside of the Capital building urging Congress to support Representatives Mark Pocan and Barbara Lee's NDAA amendment to cut the military budget by 10% and promise to vote against any final bill that doesn't SLASH the Pentagon budget!

Check out the calendar that we’re constantly updating for you to join us in the streets!