Today we joined climate and racial justice groups Arm In Arm for Climate, Extinction Rebellion DC, The Palm Collective outside the Canadian Embassy in Washington D.C. to call out the militarized police brutality of land protectors & water defenders in what’s known as British Columbia. 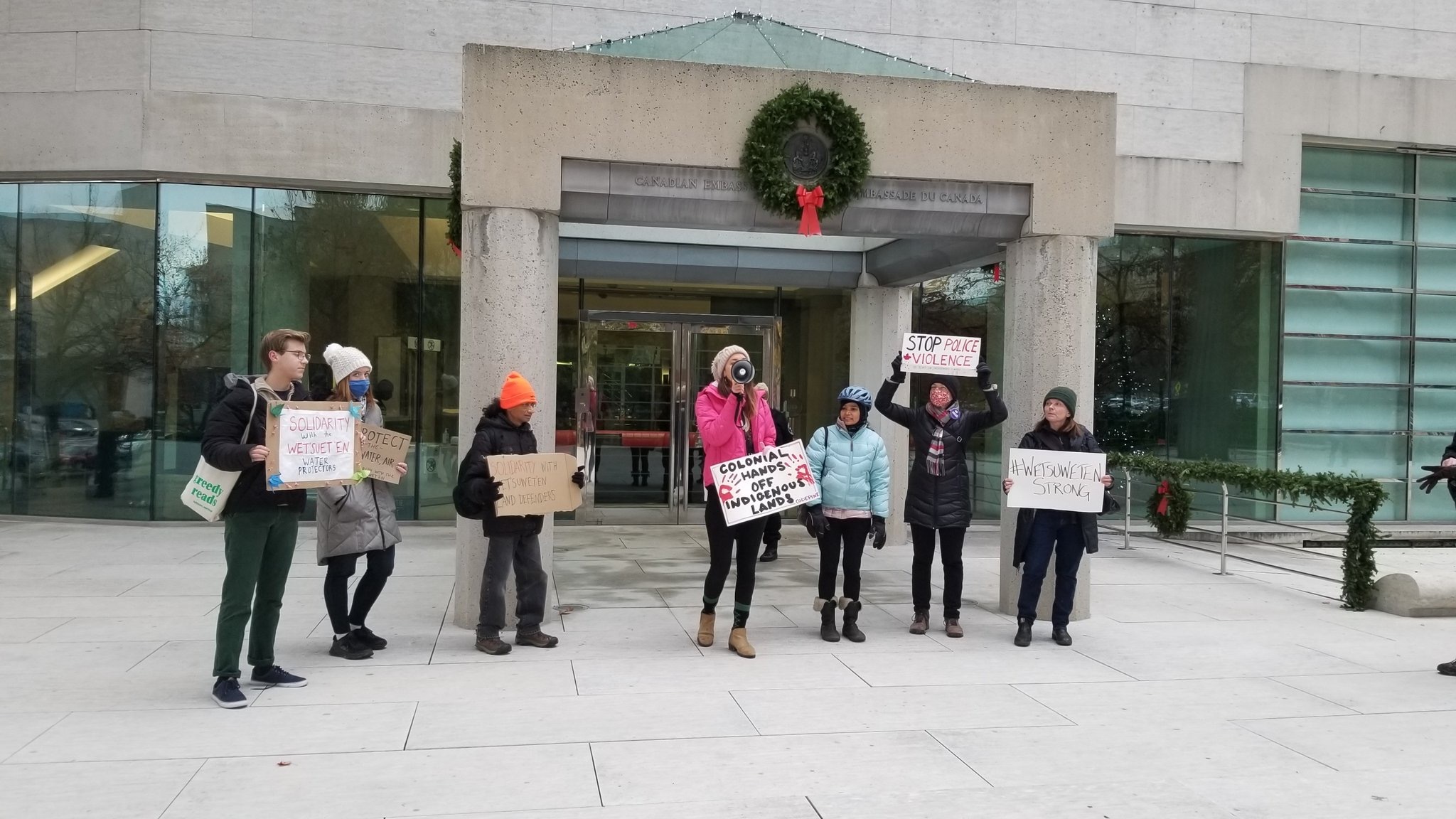 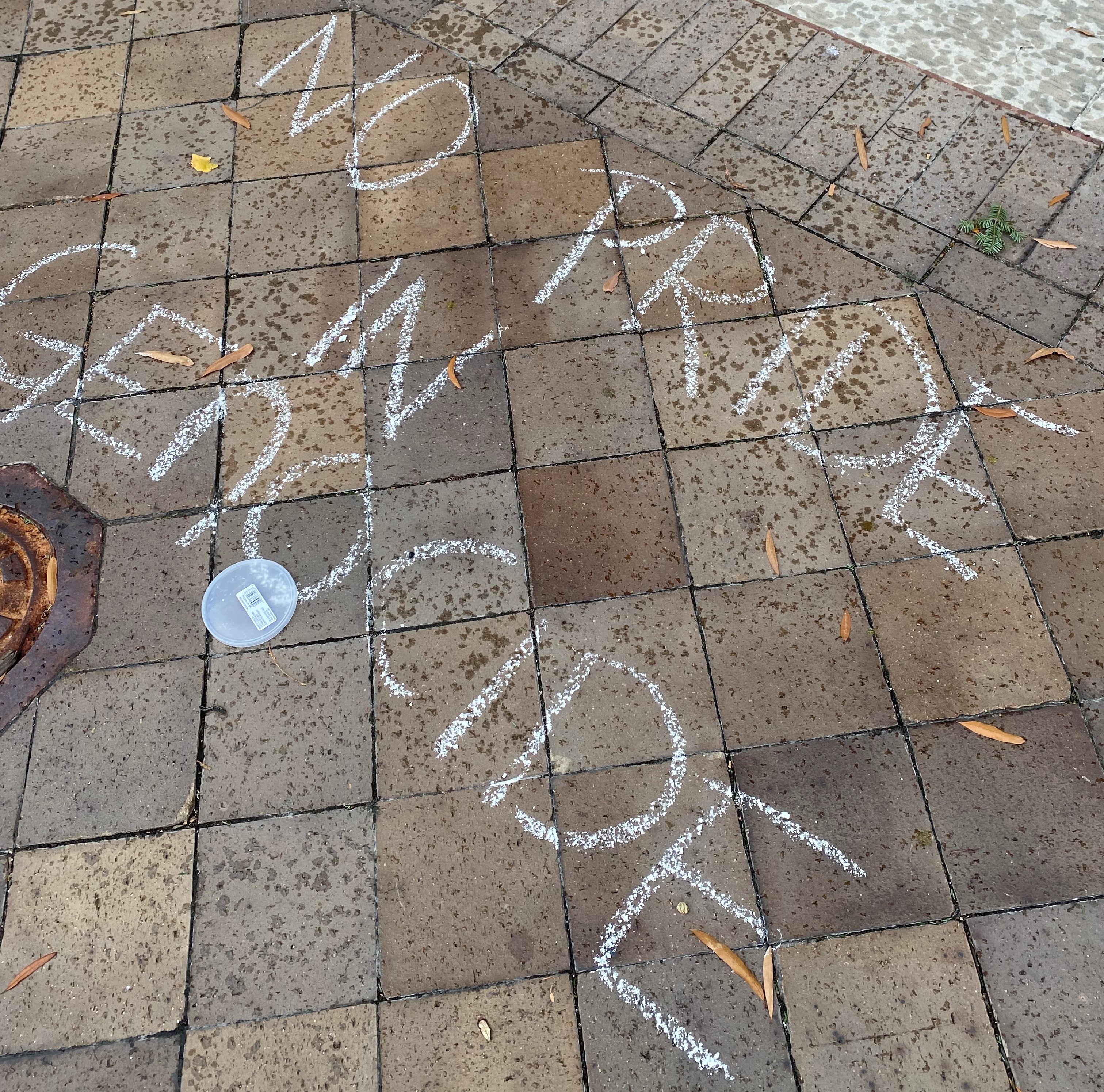 This action came after a violent raid arrested 14 non-violent water protectors in an effort to break up the Indigenous-led blockade of the multibillion-dollar Coastal GasLink pipeline being constructed by TC Energy. Click here for more in-depth coverage on Democracy Now! 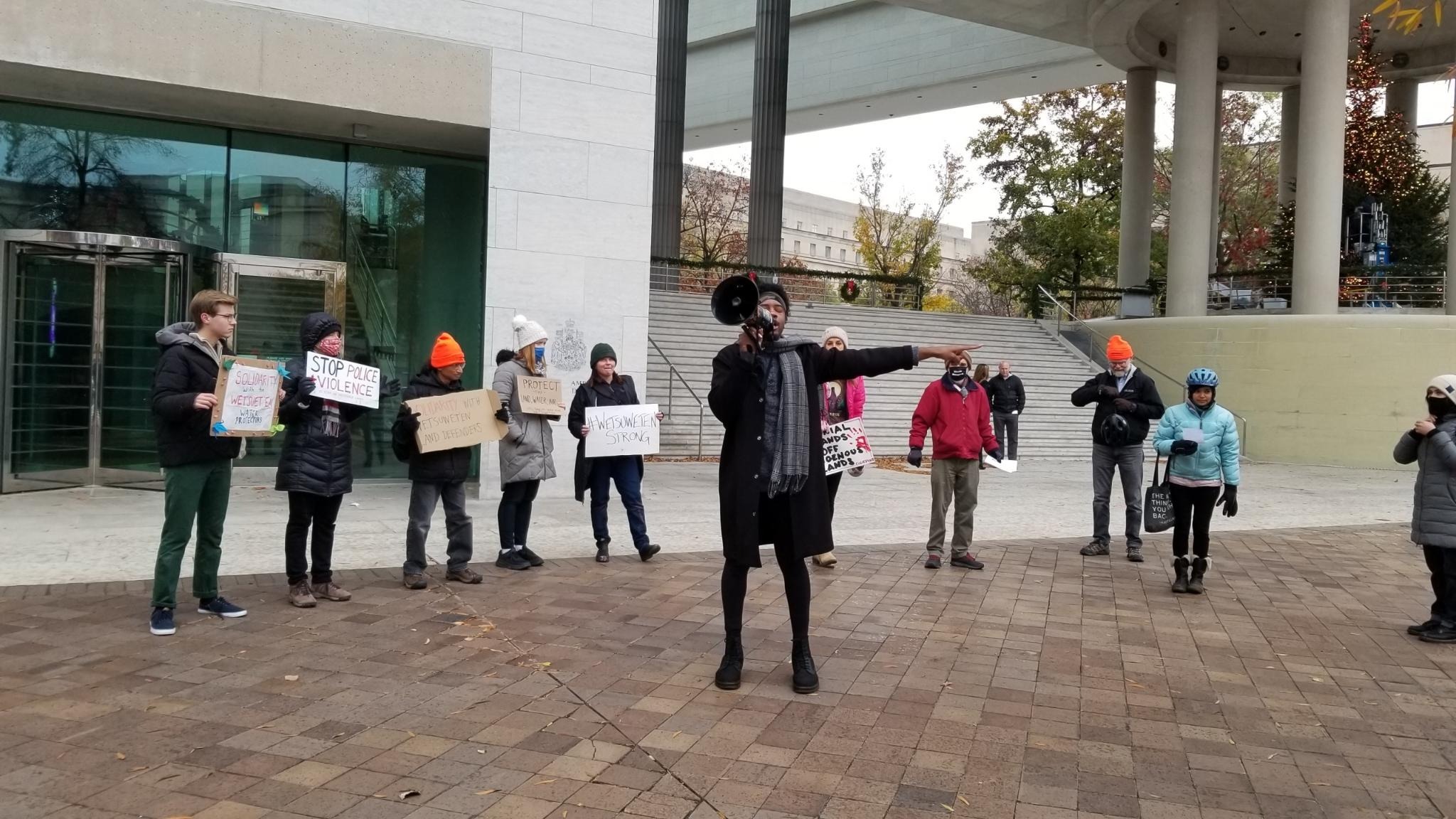 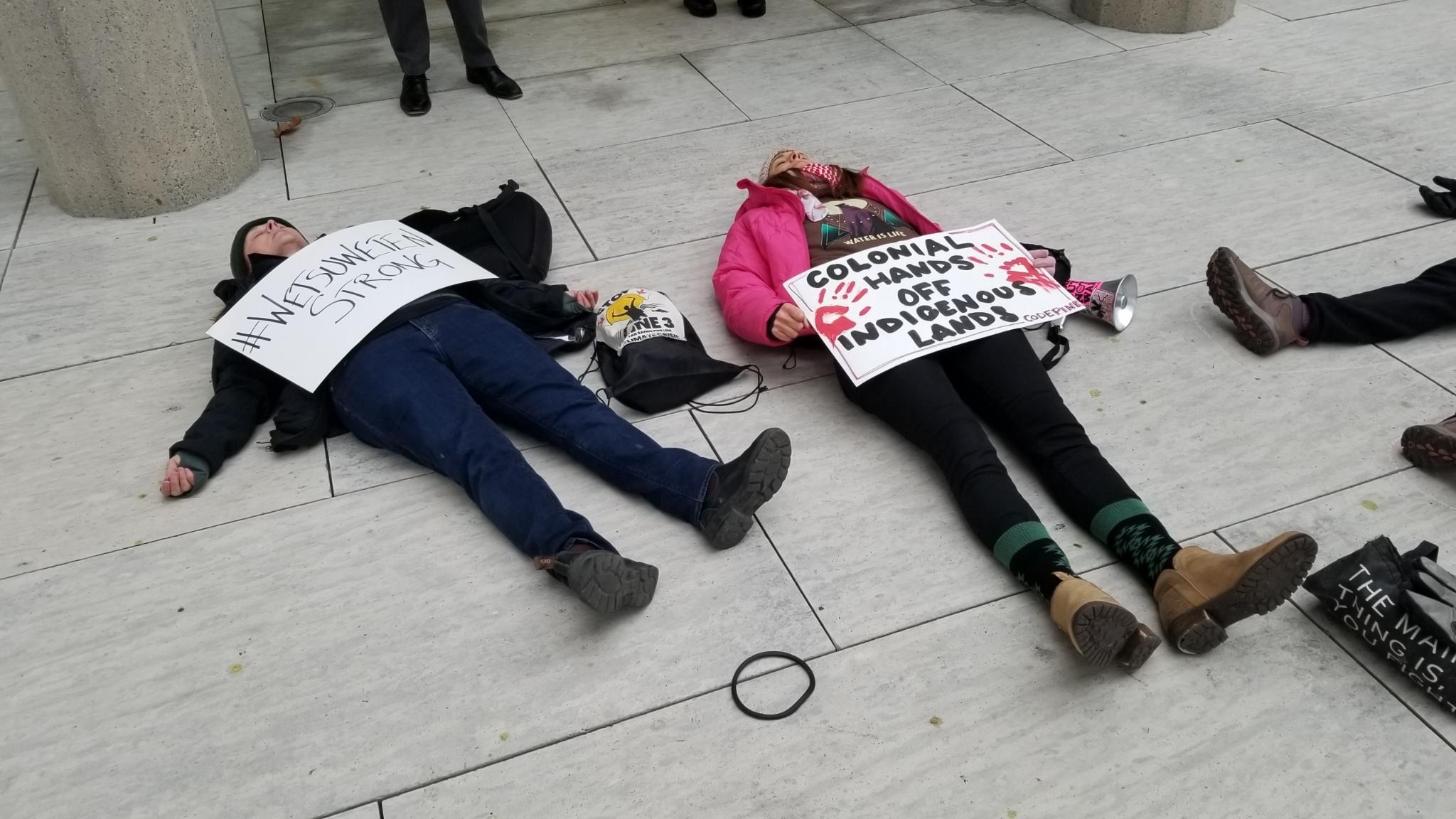 In a call for solidarity for #wetsuwetenstrong, we chalked the pavement outside the embassy with messages to shut down the pipeline. The militarization of police who target Indigenous communities to protect property and the profits of multinational corporations that are destructing the planet are all connected. We must #CutThePentagon for the people, planet, peace, and a future.