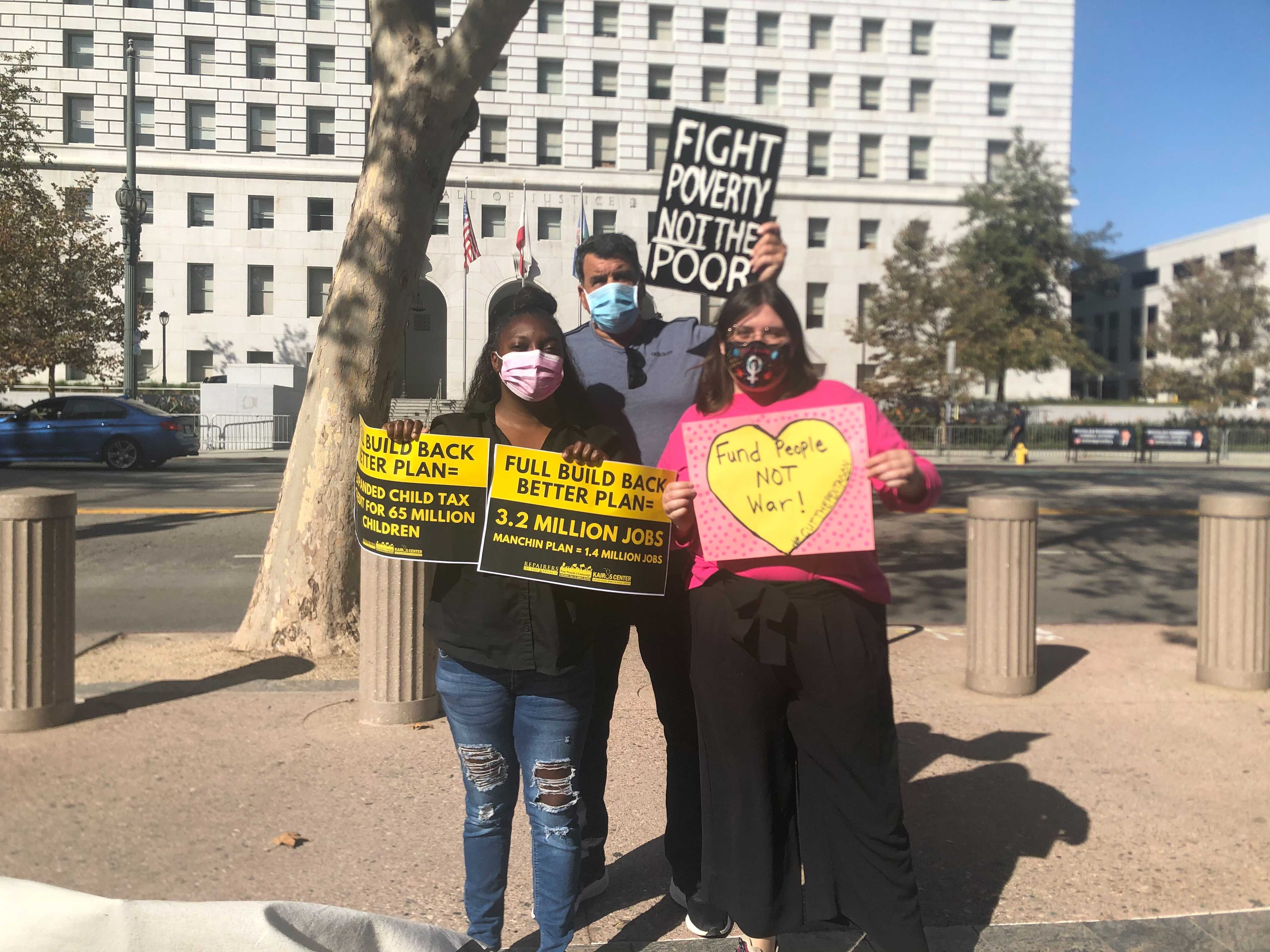 On Wednesday, November 10, CODEPINK's Carley Towne stood in solidarity at the Moral Witness Wednesday with the Poor People's Campaign in California.

The group hosted a press conference outside of Senator Alex Padilla's office in Downtown Los Angeles to call on him to support a fully-funded Build Back Better Agenda to pay for healthcare, education, and green jobs. 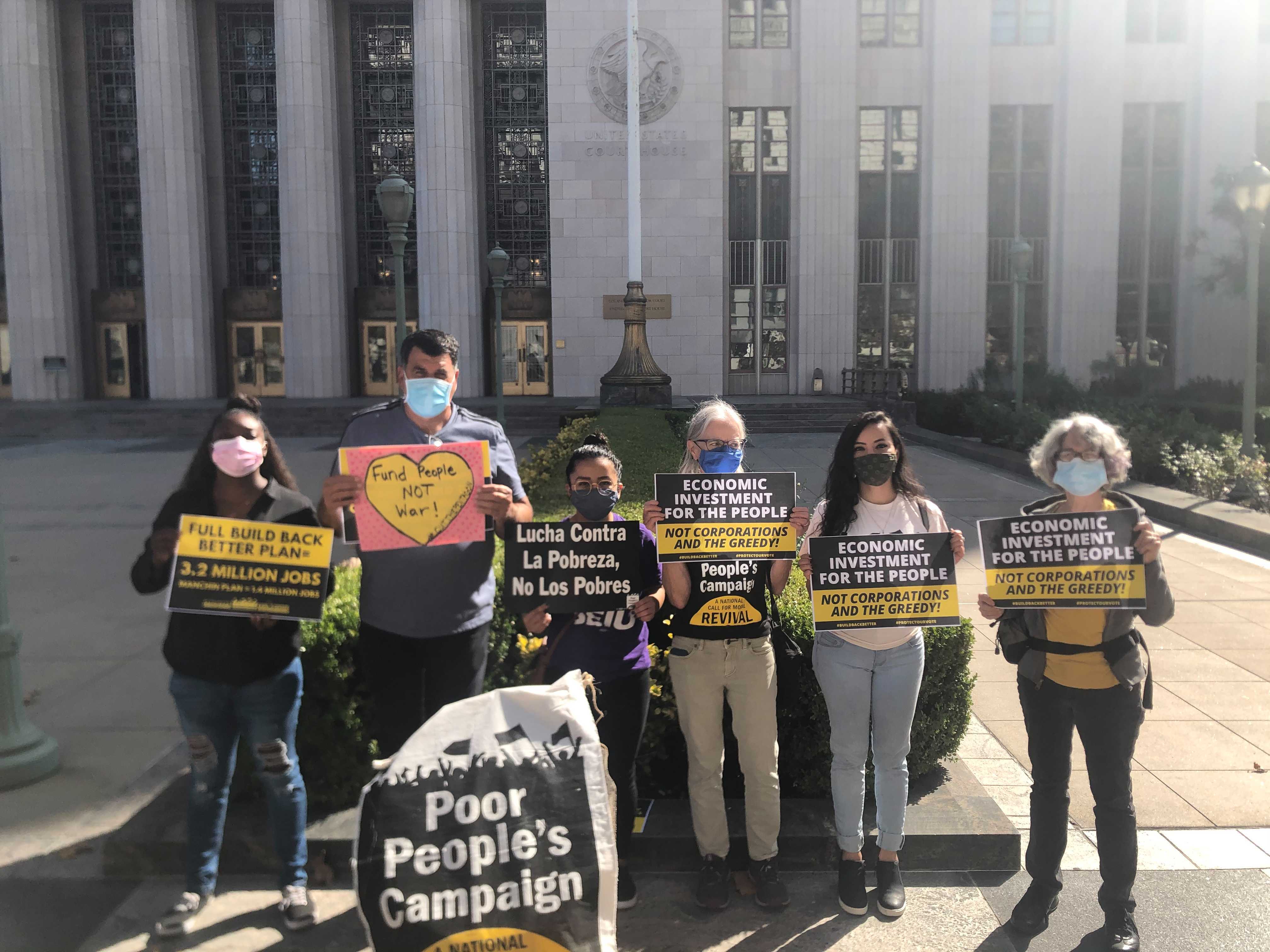 Just weeks after approving a $780 billion Pentagon budget, Congress is currently debating the #BuildBackBetter agenda, legislation that would expand healthcare, education, & green jobs. Yet all we hear on the news and social media is how “expensive” this domestic spending bill will be, despite the fact that it would only cost HALF of the annual Pentagon budget!

We need peace activists to provide a counterweight and help spread the truth on social media: we CAN afford healthcare, education, and green jobs! The people and planet CAN’T afford a $780 billion Pentagon budget! Use our social media toolkit to help spread the word here.

CODEPINK stands in solidarity with the Poor People's Campaign because we recognize that we need to address the needs of 140 million poor people across the country, not pour more money into the deadly and destructive U.S. War Machine. The Poor People's Campaign Moral Budget calls for a $350 billion cut to the Pentagon budget to pay for these much-needed social programs.