Fridays for Future: #UprootTheSystem for #ClimateJustice - Cut The Pentagon Day #37 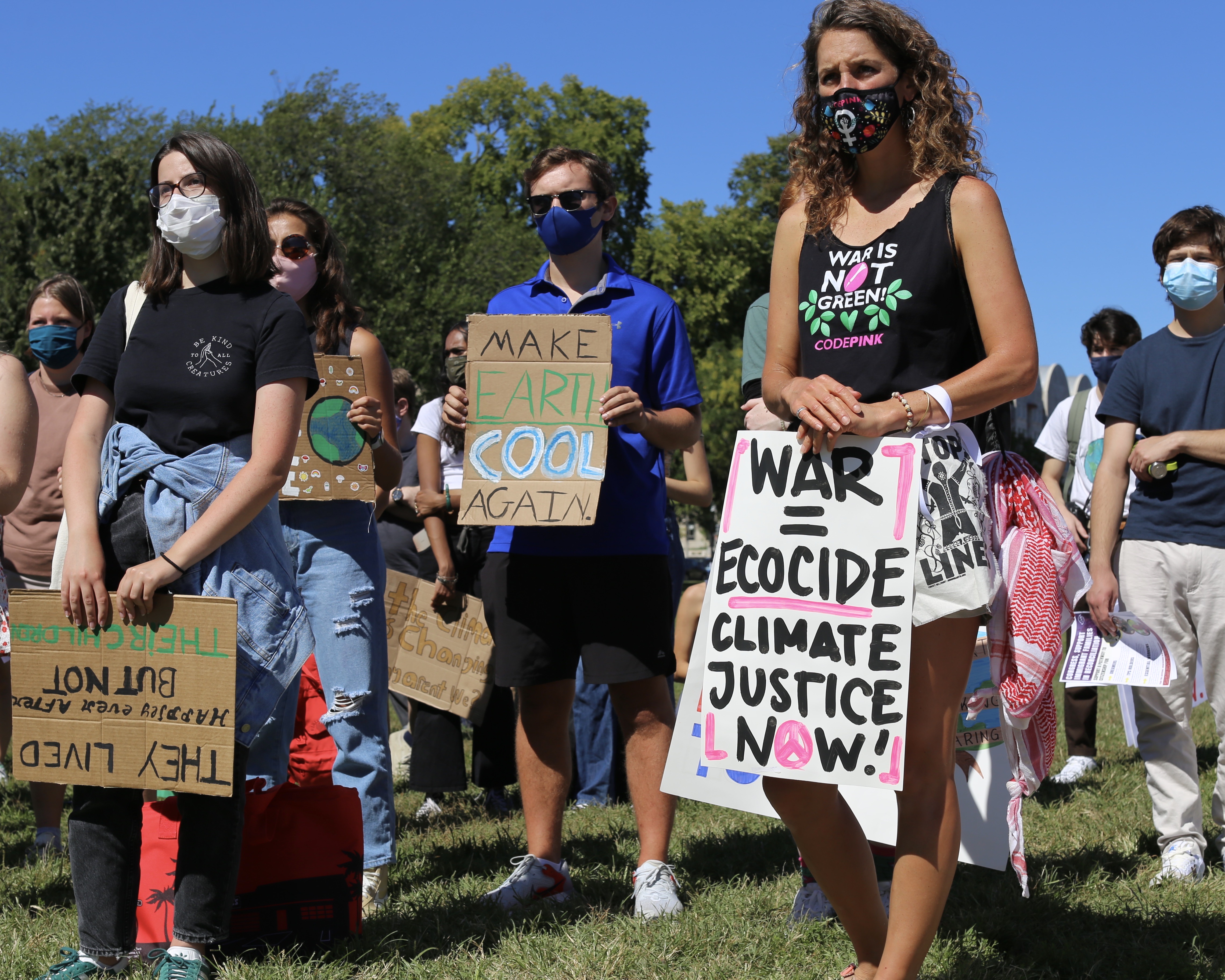 As COP26 approaches, climate activists around the world are taking to the streets demanding world “leaders” act with the urgency needed considering the dire state of the climate crisis. Fridays for Future DC and NYC joined forces where young people left school for the day to lead and participate in a rally with a focus to #UprootTheSystem for #ClimateJustice. We spoke at last month’s Friday for Future climate strike and will be showing up in solidarity at future actions.

In order to truly address the climate crisis, we must cut the pentagon budget as it: