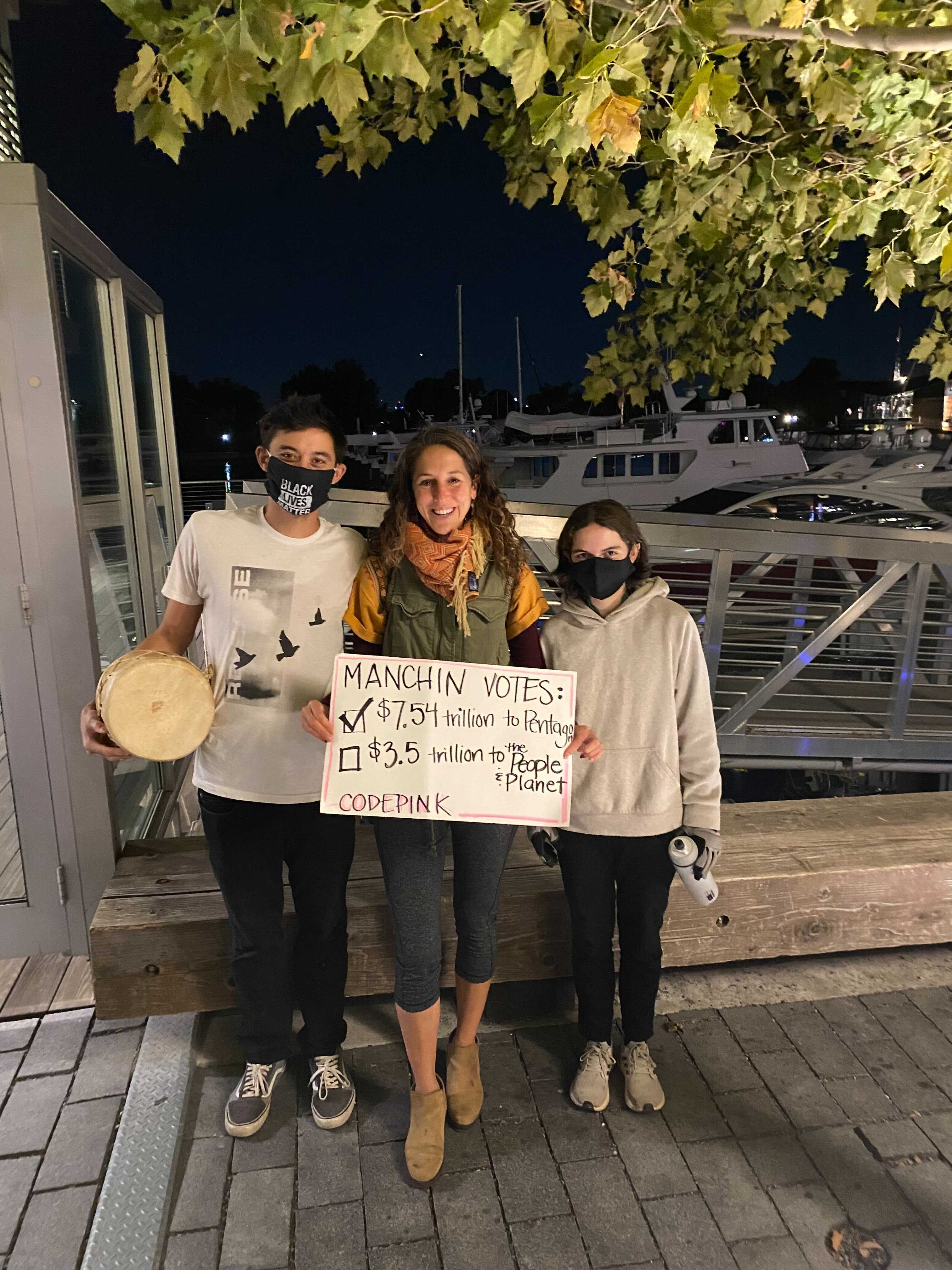 From sunrise to sunset, organizers in DC, West Virgina and Arizona, are joining forces reminding Joe Manchin and Krysten Sinema why their communities need them to vote for the #BuildBackBetter agenda. While it is already a compromise, both senators seek to make major cuts to life affirming programs like childcare, affordable housing, and green jobs. A friend from West Virginia has always told me, “West Virginia has one political party: the Fossil Fuel Party”.

Both speakers at tonight’s rally in front of his yacht brought up the fact that the military bloated budget easily passes each year and that it’s the largest institutional contributor to the climate crisis.

Last night, outside @Sen_JoeManchin yacht, Reb, 15yo climate activist & Kemo, an organizer, talked about the hypocrisy of Manchin voting for $7.8 trillion to the military, yet for life affirming programs that HELP people/planet…more cuts.#BuildBackBetter then #CutThePentagon pic.twitter.com/mWHSIu4vkZ

We’ll continue to show up and show out with ShutDown DC, People’s Watch and others this week. We’ll keep updated on Twitter!