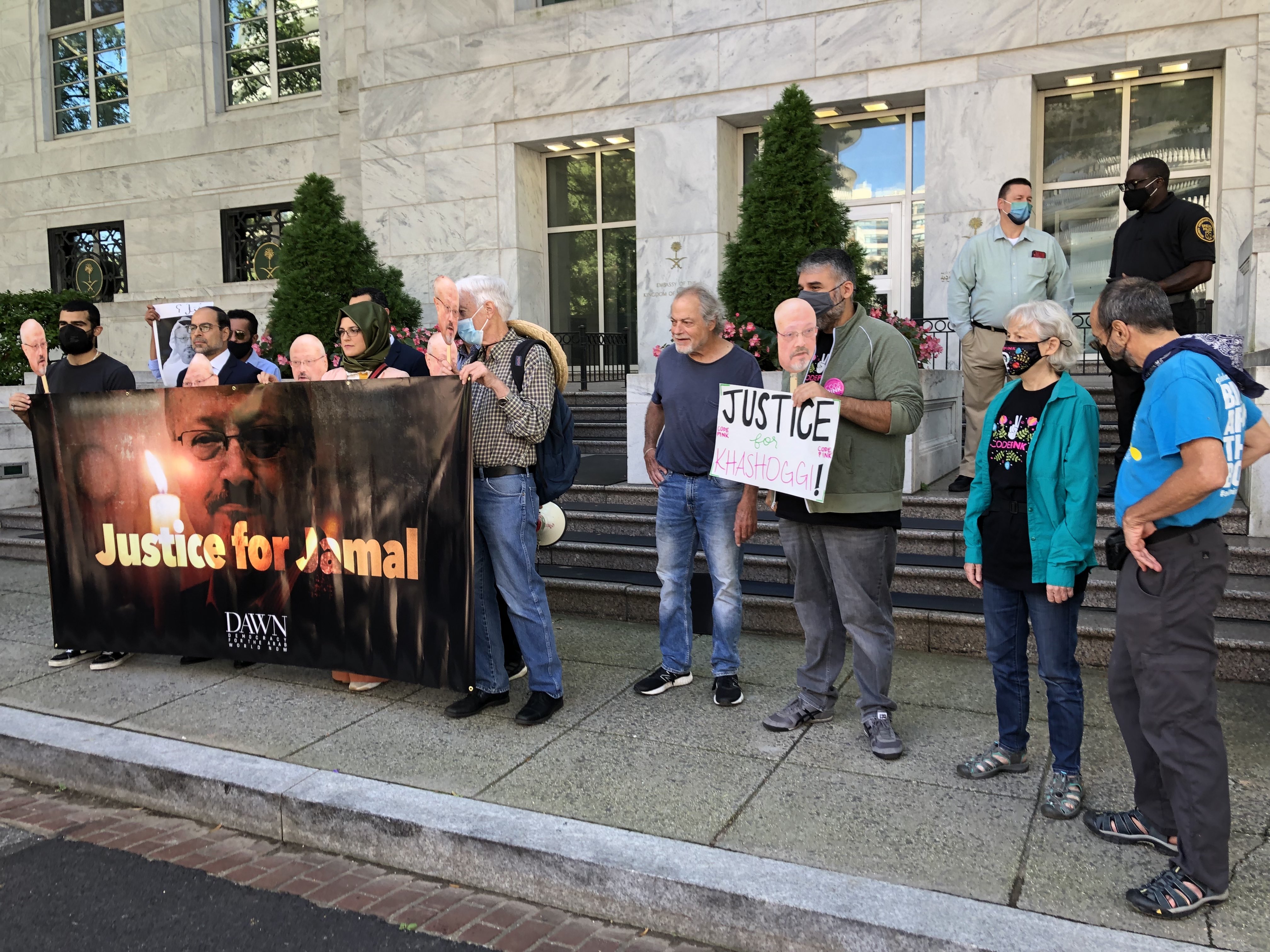 Saturday, October 2nd was the 3 year anniversary of the disappearance, murder and dismemberment of Jamal Khashoggi. This plot was ordered and carried out by leaders of the Saudi government, including Crown Prince Mohammad bin Salman (MBS). This murder illustrates the disdain that MBS has for people who disagree with him, and those who defend the truth. To this day, there has been no accountability for those at the highest levels of government in this crime. Biden made a campaign promise to reevaluate the US relationship with Saudi Arabia, but MBS has faced no repercussions for the murder of Khashoggi, the imprisonment of human rights defenders or the brutal war on Yemen. 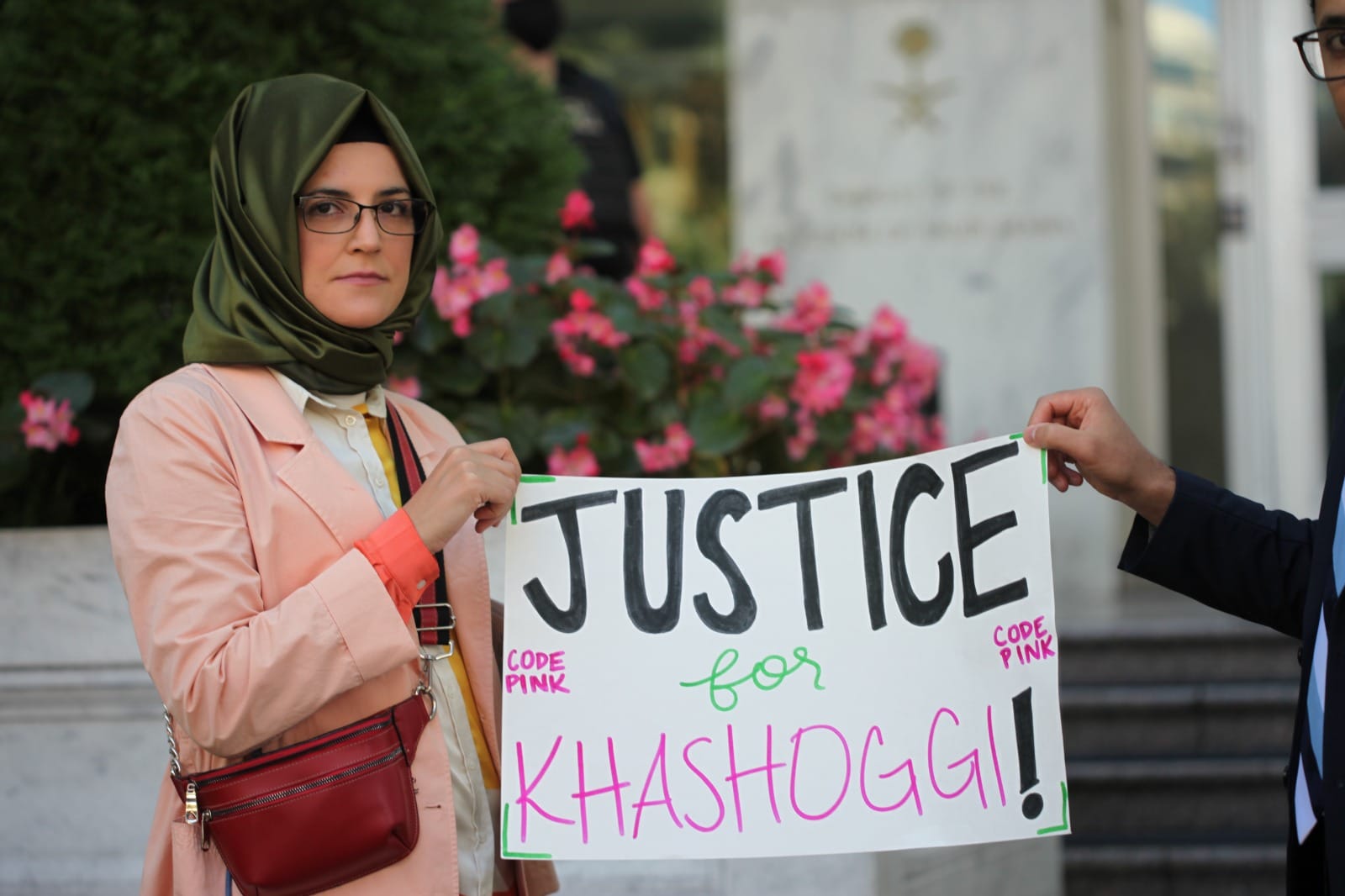 For years, the U.S. has been sending weapons to the Saudi government for its war on Yemen. This of course is made possible through the bloated pentagon budget. US leadership’s blanket support for their war crimes only further empowers Saudi officials to act without fear or reprisal in their retaliation against journalists like Jamal Khashoggi. Fortunately, on September 23rd, the House passed an amendment to the NDAA to end logistical and weapons support to the Saudi-led war on Yemen. CODEPINK will continue to work in coalition to ensure this measure will also pass in the Senate.

Khashoggi founded DAWN in 2018, the organization outlines the details and timeline of his murder here. 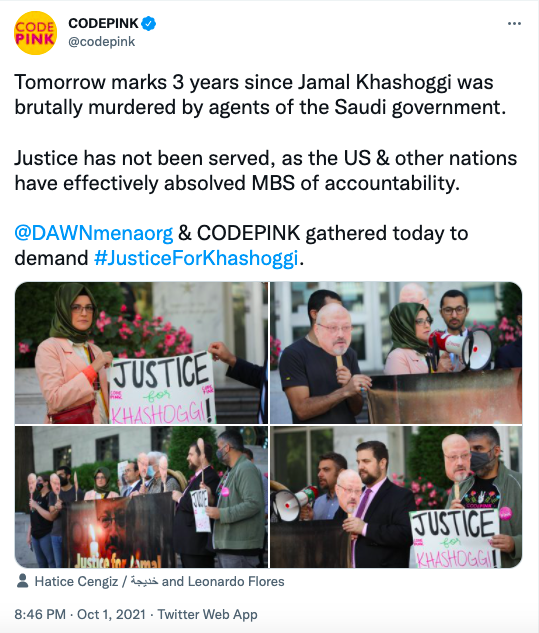