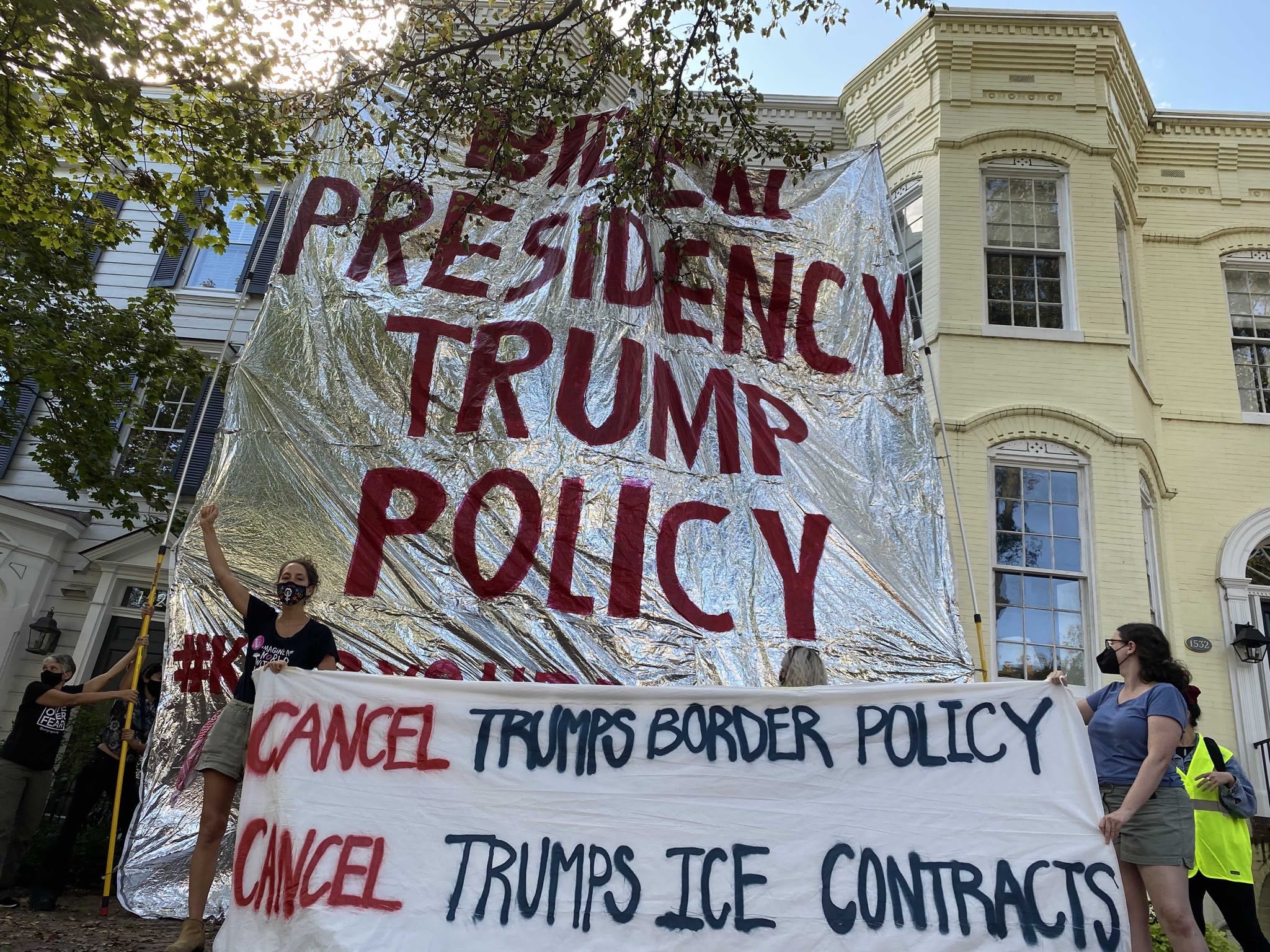 We joined Never Again Action at the home Department of Homeland Secretary Mayorkas who oversees ICE, Border Patrol and the rest of Biden’s immigration agenda to send a clear 30 foot! message draped in the inhumane and utterly shameful emergency “blankets” used by those seeking refuge at the US border.

The organizers of Never Again Action have been campaigning for months urging Biden and Mayorkas to keep their promises in canceling all 115 of Trump’s racist immigration policies.

From violently deporting Haitian refugees at the border to keeping ICE in our communities, Biden’s presidency has been a continuation of Trump’s policy on immigration. This administration has ALREADY deported 740,000+ people.

The 30 foot blanket covered the entirety of Mayorkas’ Georgetown home while many of us shared why we were there. I spoke on behalf of the legacy of imperialism and US involvement in countries that contribute to people leaving their homes seeking refuge, the fact that the Pentagon is the single largest consumer of oil and producer of fossil fuels (more than the next 140 countries combined) fueling the climate crisis set to create 50 million more climate refugees in the next few years, and solidarity with Haitians people and Black immigrants who are disproportionately affected by these racist policies.

Another powerful moment was when his wife came out to walk their dog (accompanied by secret service despite us being on a public sidewalk, singing together), she reaffirmed her family lived there.

In a powerful response, we chanted “Families belong together”.