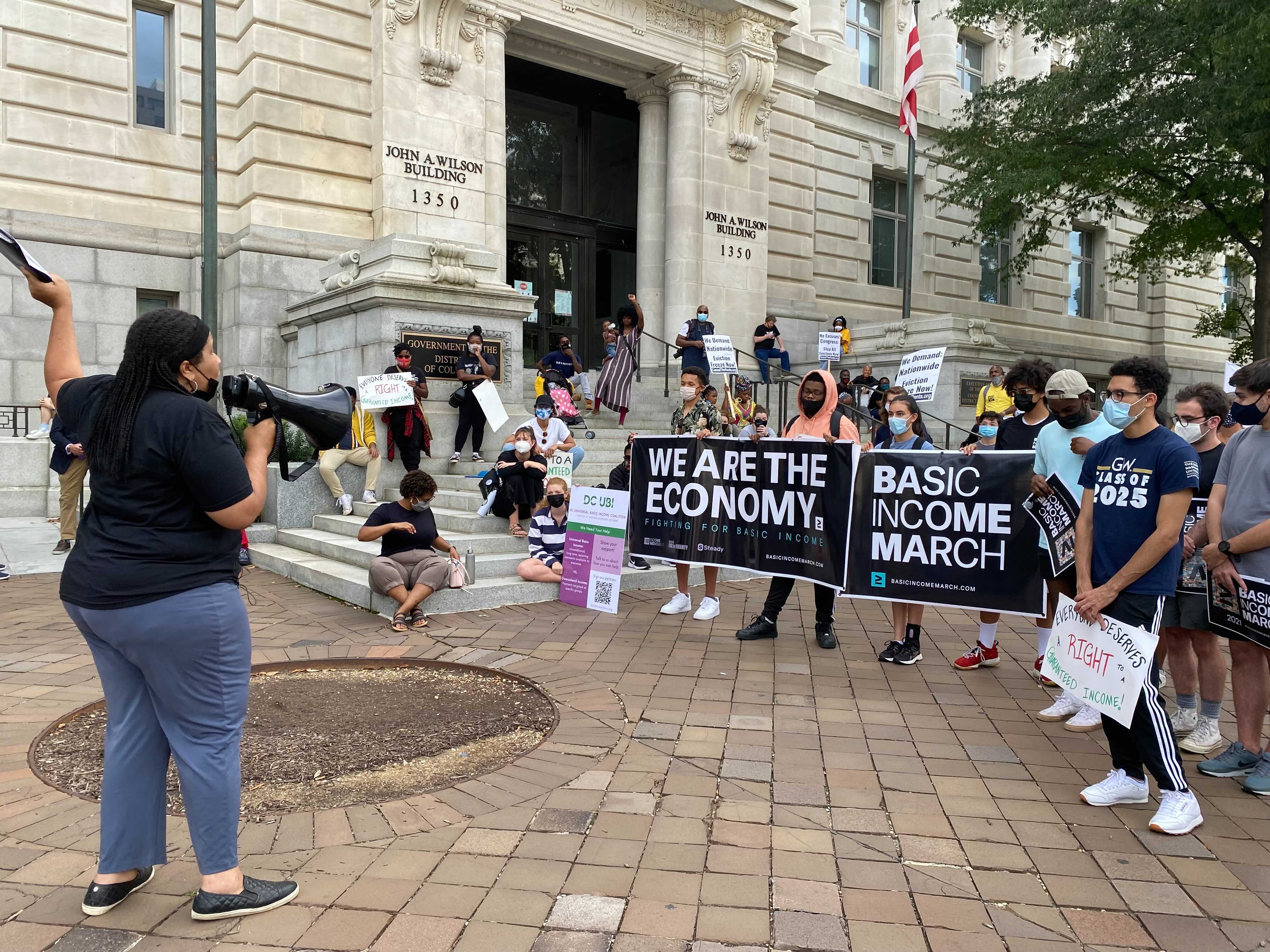 We joined the national coalition and call to action to Cancel the Rents. We spoke among other prominent local housing and anti-imperialist organizers from Poor Peoples Campaign, ANSWER, PSL DC, From the Roots, and those who were formerly unhoused. It was important for me to make the intersections between forced displacement of homes in our own streets, the modern day colonialism, the US imperialism from Afghanistan to Haiti, and the funding of forced displacement in occupied Palestine.

Just 10% of the Pentagon budget can eliminate homelessness in this country. #CutThePentagon

The march to cancel the rents then joined a march for universal basic income with our friends at OneDC. The combined nature of the marches show how addressing poverty in this country is a policy problem. We are here to say, invest in people NOT war. 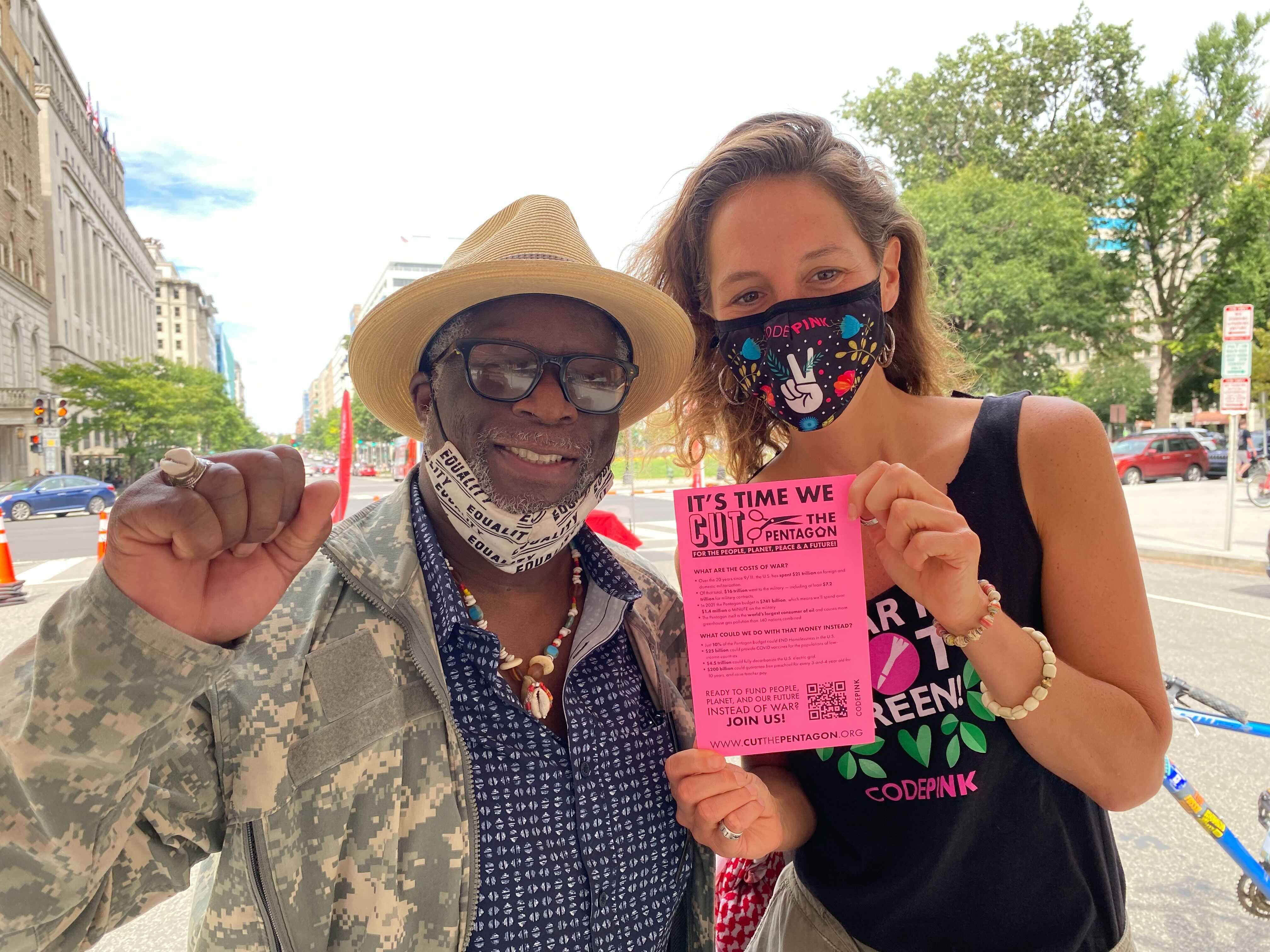