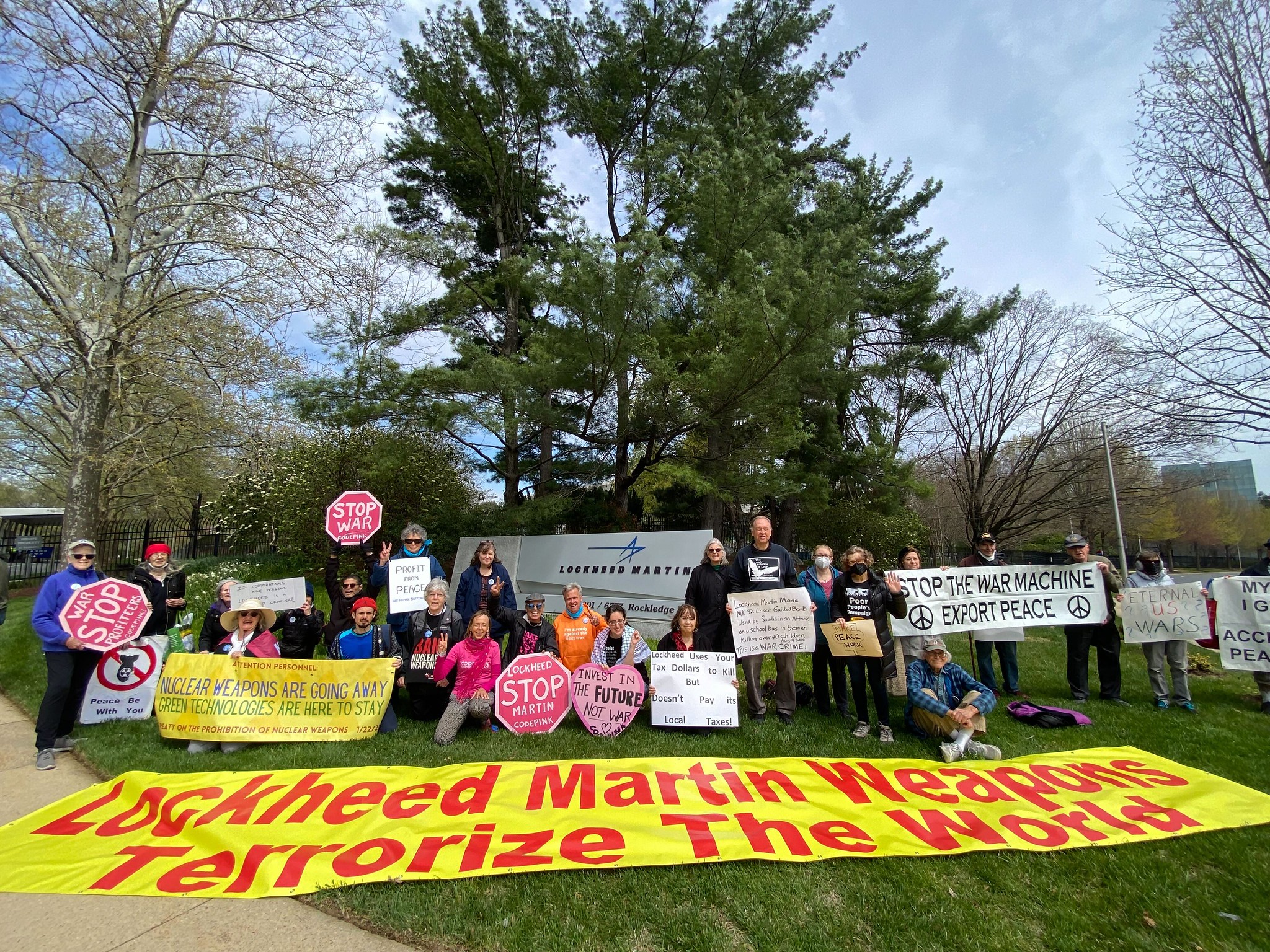 On April 21st, we gathered with peace and climate activists outside Lockheed Martin as their annual shareholders meeting took place virtually. We delivered a petition urging Lockheed Martin to immediately initiate a plan for conversion from weapons manufacture to peaceful industries with a just transition for arms industry workers that secures the livelihoods of workers and includes the participation of unions.

The people from Lockheed who came out to “accept the petition” refused to talk with us.

Some of the quotes regarding Lockheed Martin:

Norman Solomon of RootsAction.org commented: "Lockheed Martin continues to amass huge profits from war and preparations for global nuclear annihilation. RootsAction is pleased to join with other organizations and individuals to nonviolently and emphatically oppose this mega-corporation and all that it stands for. While Lockheed Martin touts its slogan 'Your Mission Is Ours,' it fails to mention that its 'mission' is death on a vast scale. No company on Earth more epitomizes what Martin Luther King Jr. called 'the madness of militarism' -- and we should not succumb to that madness."

Medea Benjamin add: "As people die in Ukraine, Lockheed Martin stocks soar. All peace-loving people should join us in protesting this company that profits from people's misery and the destruction of the planet." 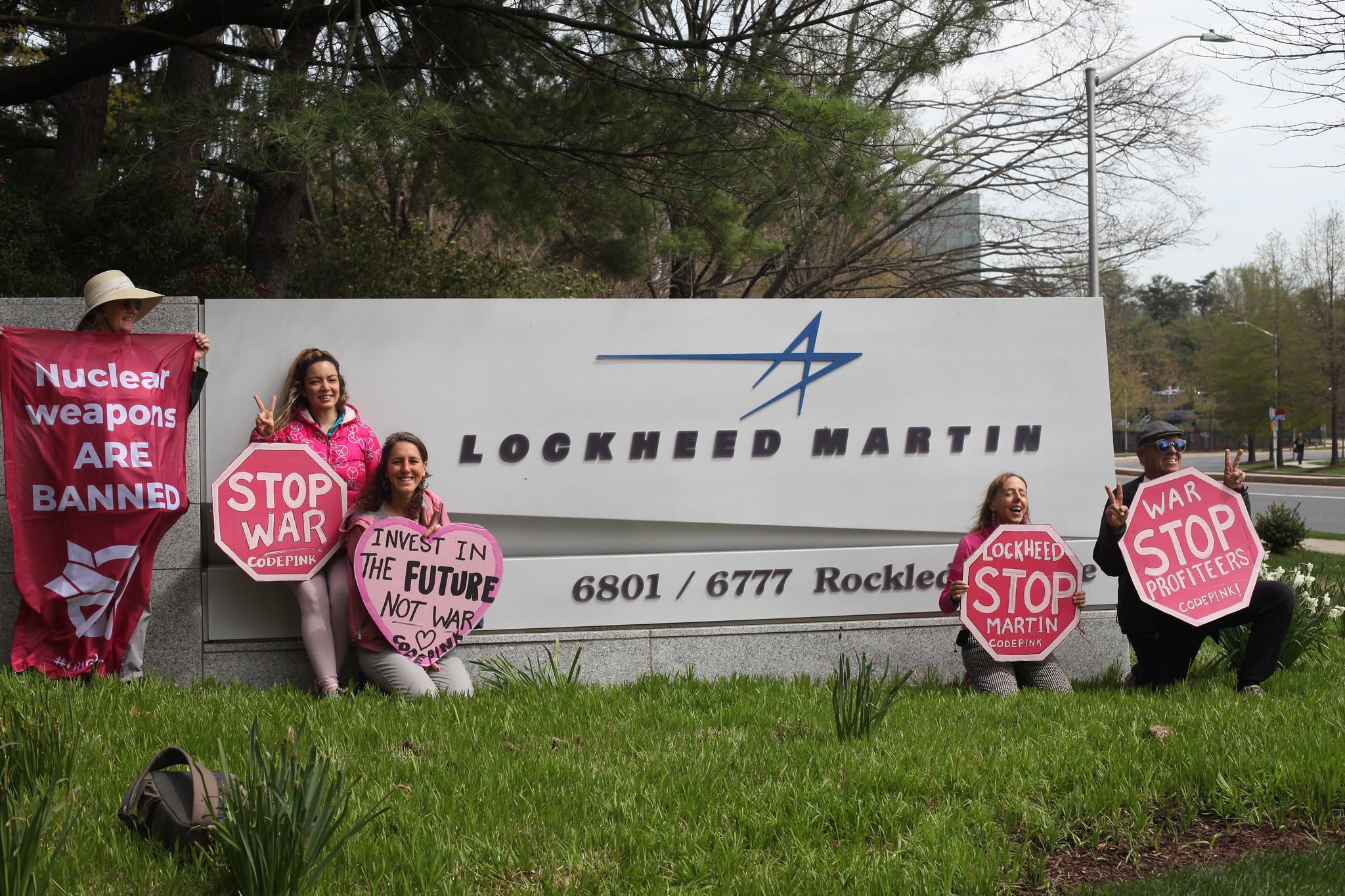 Pat Elder of MilitaryPoisons.org said: "Lockheed Martin poisons people and our planet while the EPA allows it to do so. A class action suit against Lockheed in Orlando, Florida chronicles a toxic stew of contamination that is sickening the community. The DOD and its contractors like Lockheed dictate environmental policy in the country today."

Jean Athey of Baltimore Peace Action said: "Why did the U.S. government pay Lockheed Martin $75 billion in 2020, when the combined budget of the Department of State and USAID was only $44 billion? Lockheed Martin is part of a powerful war profiteering group of companies whose deadly business model depends on lobbying Congress to find ever more new 'enemies' that will require purchase of their products."

Join us for our upcoming demonstration outside of Northrop Grumman!