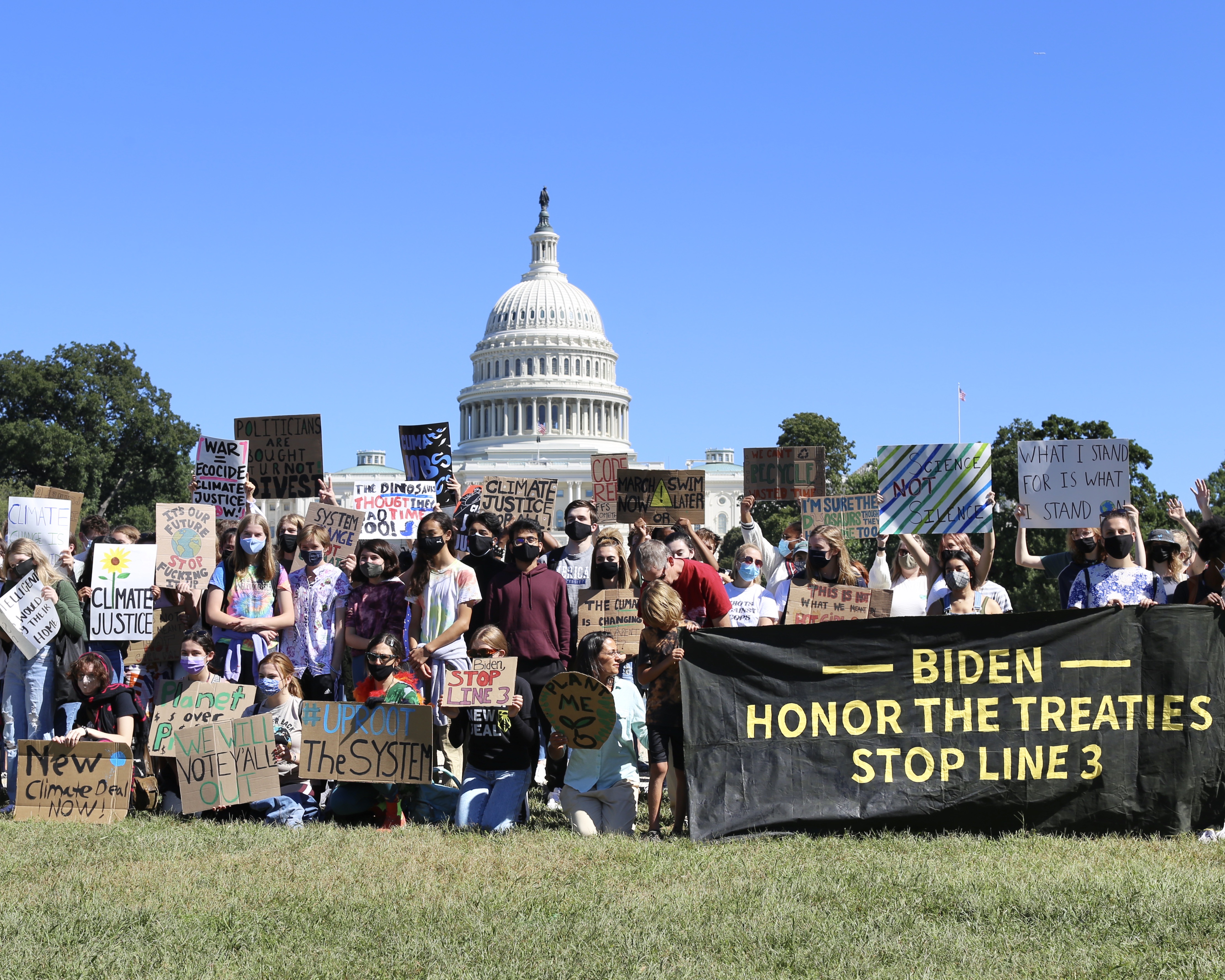 Organized by the local Sunrise Movement American University chapter, we spent the afternoon with at the Fridays for Futures Global Youth Climate Strike in DC which focused on #UprootTheSystem when it comes to climate justice for Most Affected Peoples and Areas (MAPA). I was eager to hear what this group of over 100 young people who left school to attend the rally would invest in other than $750+ billion that goes to the Pentagon each year.

“Green infrastructure, public transportation, regenerative agriculture, healthcare, housing, land back and reparations,” were some of the answers. 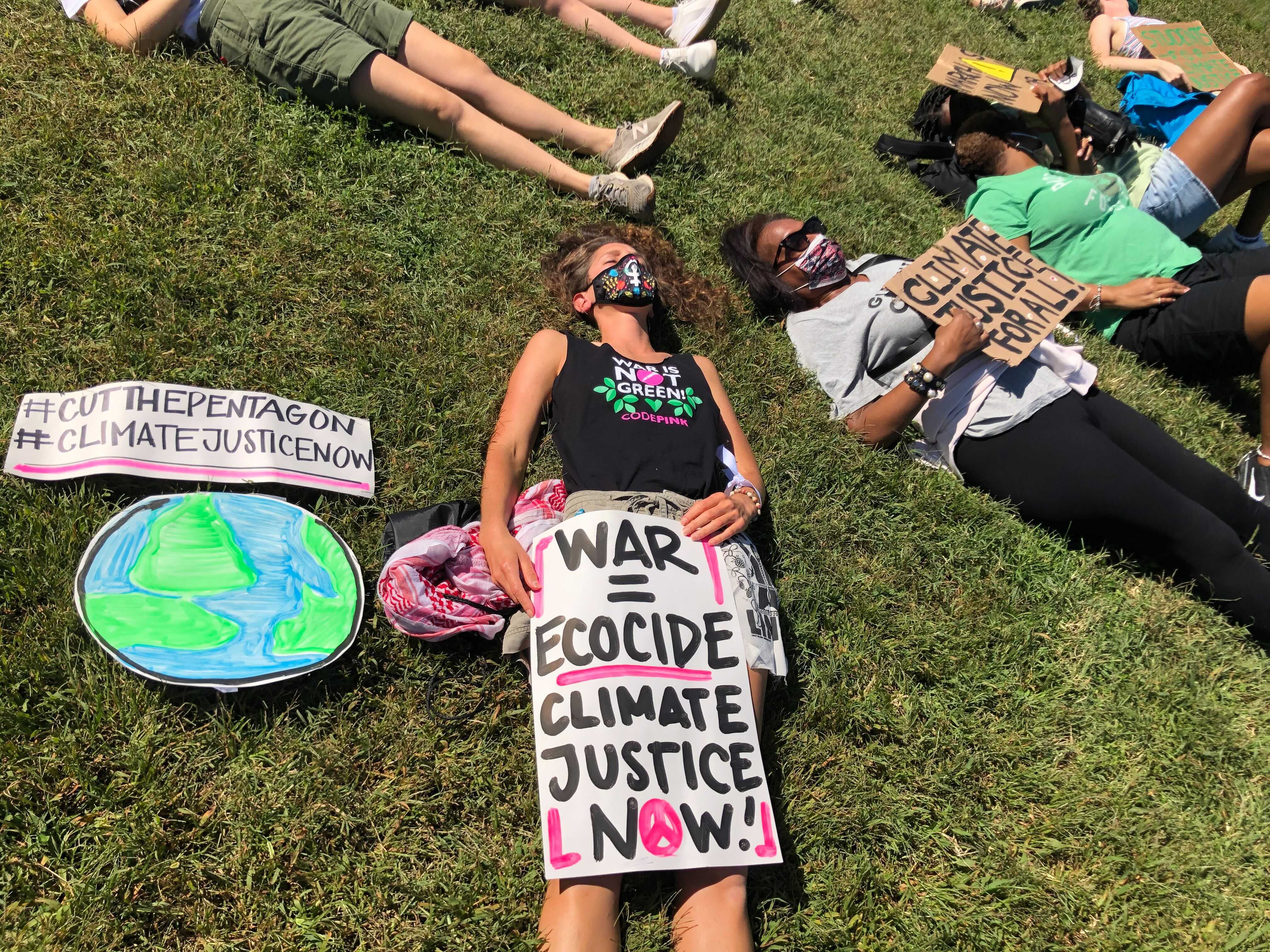 When I was in highschool, I definitely did not know how militarism fuels the climate crisis. The rally focused on how the systems of oppression hit BIPOC, poor and low income communities in the US and abroad the most. It also centered some things the Biden Administration can do right now including stopping Line 3, passing the reconciliation bill which includes bolder (yet not bold enough) plans including Civilian Climate Corps for green, just jobs.

In order to truly address the climate crisis, we must cut the pentagon budget as it: