Tonight we rallied outside of CNN headquarters in D.C. on the National Day of Action for Yemen to protest CNN and all of the mainstream media’s insufficient and partial coverage of the U.S.-supported, Saudi and UAE-led war on Yemen and to demand the passage of a new War Powers Resolution for Yemen. We created our own broadcast and headlines and projected it on the walls nearby CNN reflecting the unbiased truth about the U.S.’s involvement in the brutal war on Yemen. We aimed to shed light on U.S. mainstream media propaganda that obscures the horrific reality of these U.S.-backed Saudi-led war crimes. 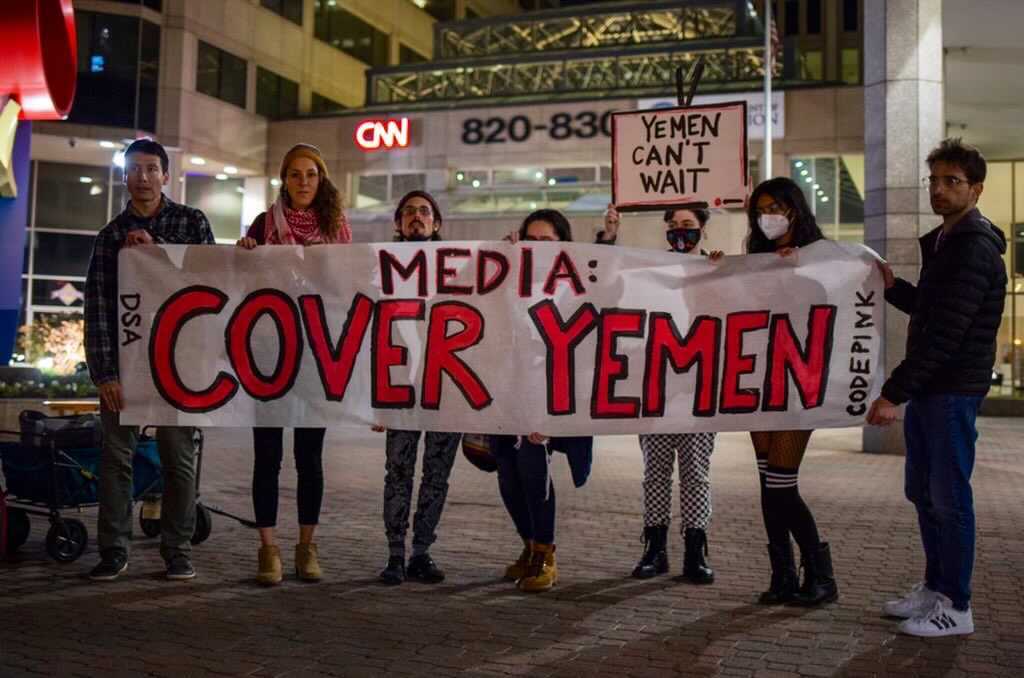 The U.S. response to Russia’s invasion of Ukraine has brought the U.S. government’s relationship with Saudi Arabia, and subsequent support for the Saudi government’s heinous war against the Yemeni people, into full relief and has demonstrated the U.S.’s selective outrage against crimes of war and other human rights abuses. We demand the U.S. government and news media to respond to the U.S.-backed Saudi/UAE-led war on Yemen with just as much urgency as it has to Russia’s attacks on Ukraine.

“This event is taking place during a week of action for Yemen. We hope everyone who is anti-war in Ukraine can also take the anti-war stance in regards to Yemen; That stance is to call for an end to all U.S. support to the coalition that’s violating Yemen’s sovereignty,” said Danaka Katovich, a national organizer at CODEPINK.

Wednesday’s protest came amidst a week of nationwide actions calling for a new War Powers Resolution for Yemen. Find more information about CODEPINK’s actions against the war in Yemen here. 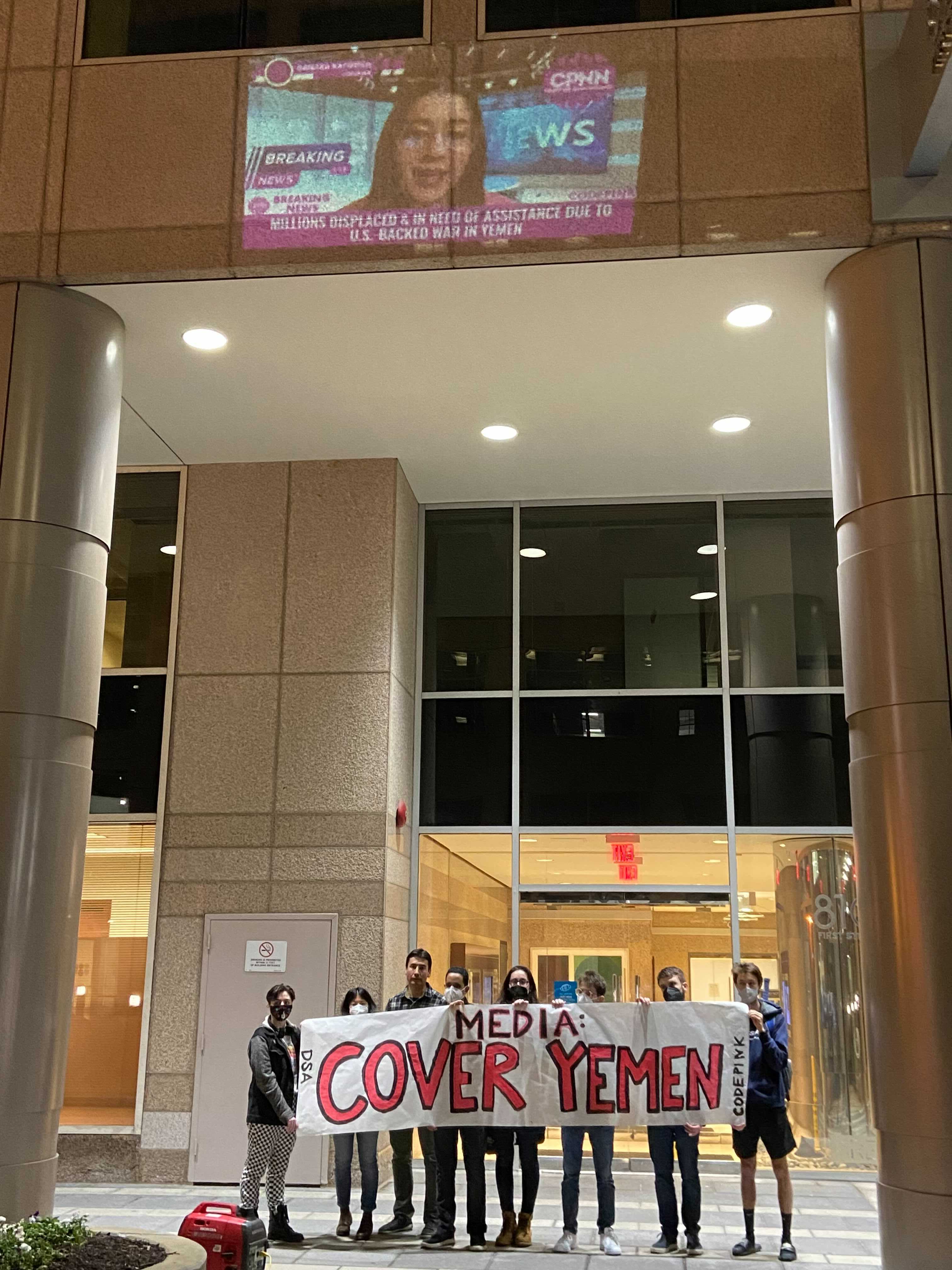